The demolition of Fox Beach 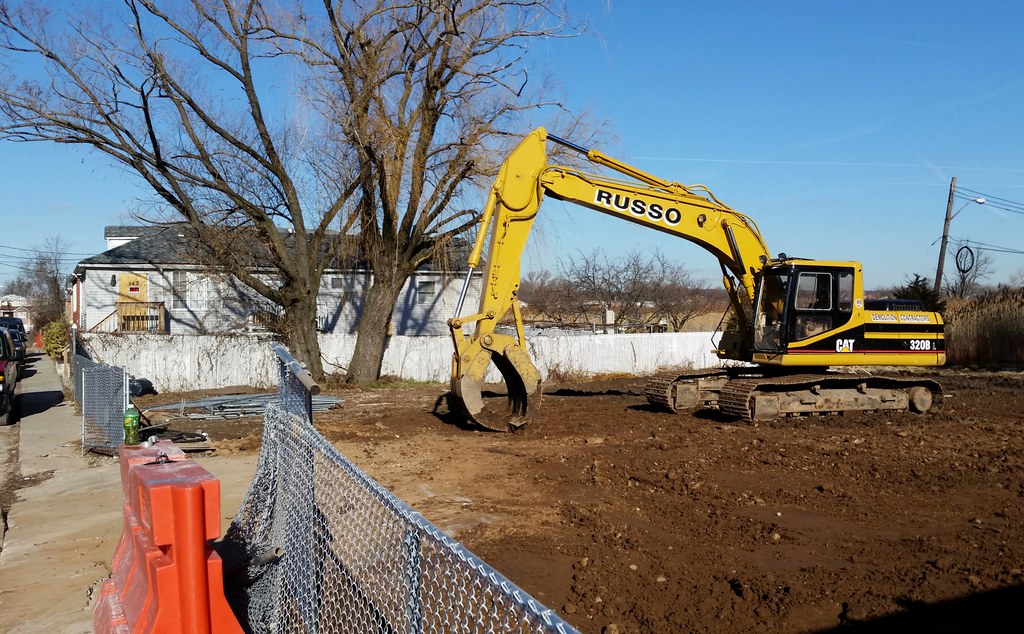 In light of the destruction wreaked by Hurricane Sandy, the state offered to buy out homeowners (at higher than pre-storm prices) in three hard-hit, low-lying Staten Island neighborhoods, with the idea that the houses would then be torn down and the flood-prone areas ultimately depopulated and returned to nature. As is the case with the other neighborhoods, the vast majority of homeowners here in Fox Beach, a section of Oakwood Beach, have decided to take the buyout and head to higher ground. Most of the houses still standing here are vacant, boarded up, and awaiting their date with the wrecking ball (or perhaps the Caterpillar 320B L hydraulic excavator).