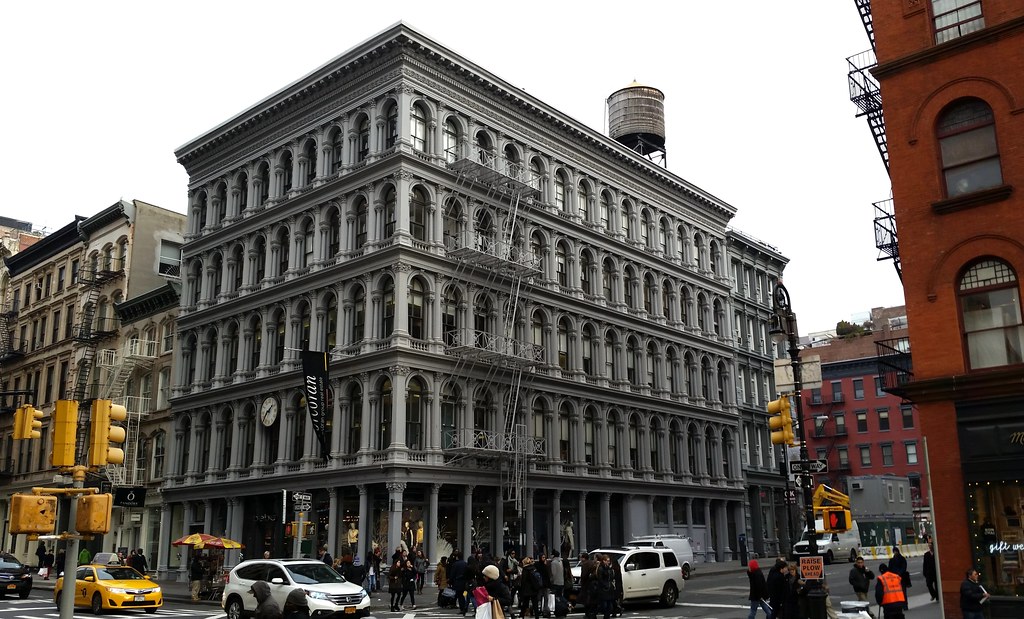 Built in 1856-57 for E. V. Haughwout & Company ("the greatest china and porcelain house in the city"), this "richly sculpted Venetian palace" is, according to the late critic Peter Blake, "the best cast-iron structure in the country". You can see some photos of the building's details here.

In April 1857, the store made history as the home of the first commercial passenger elevator. The original elevator is long gone, but a later one, installed in 1892 by the alphabetically consecutive and notoriously misogynistic A. B. See, was described by the NY Times's Christopher Gray in 1995 as "a beautiful work in its own right, with a paneled cab and elaborately cased shaft, no doubt one of the oldest operating elevators in the city — a ride in it is as memorable as one in a hansom cab." Sadly, that elevator apparently only survived for a few more years, until 2001 — just long enough for it to have seen parts of three different centuries.