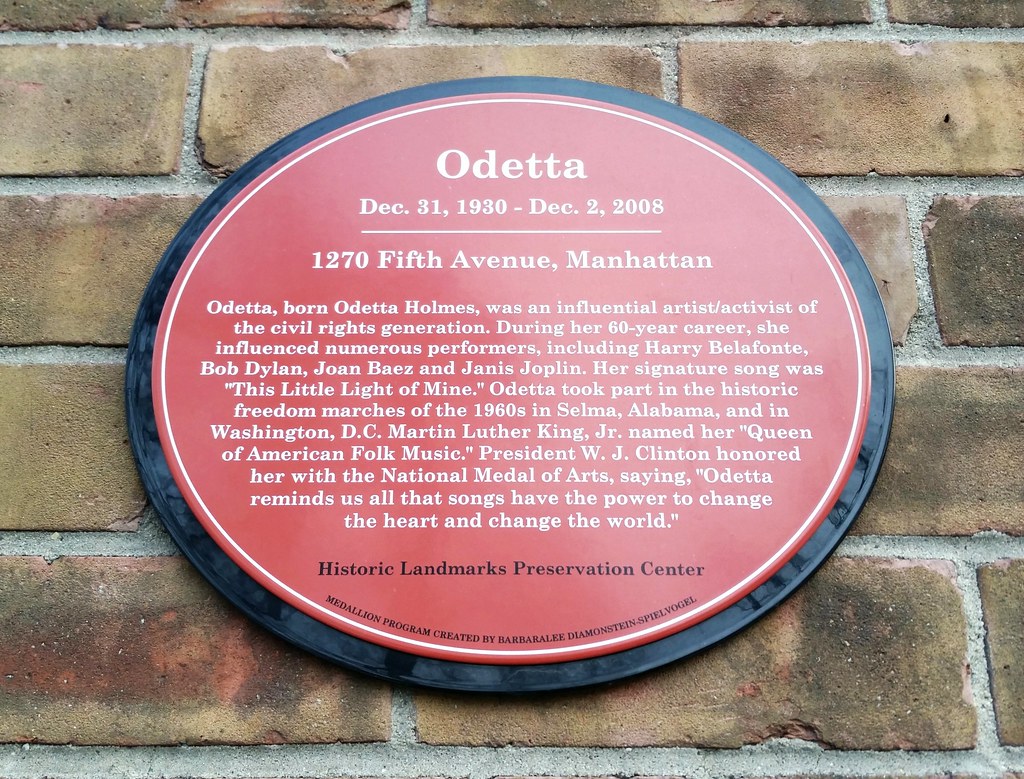 This building was the longtime home of Odetta, "the singer whose resonant voice wove together the strongest songs of American folk music and the civil rights movement", according to the NY Times.

Bob Dylan: "The first thing that turned me on to folk singing was Odetta. I heard a record of hers in a record store, back when you could listen to records right there in the store. That was in '58 or something like that. Right then and there, I went out and traded my electric guitar and amplifier for an acoustical guitar, a flat-top Gibson."

Maya Angelou: "If only one could be sure that every 50 years a voice and a soul like Odetta's would come along, the centuries would pass so quickly and painlessly we would hardly recognize time."