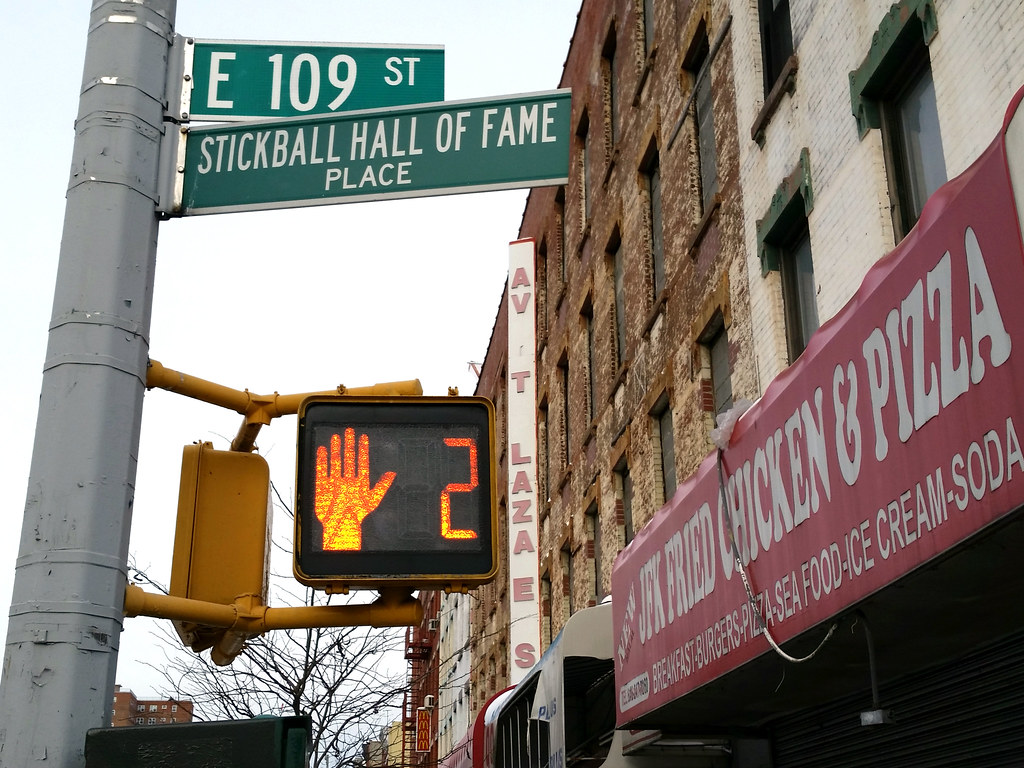 The wide block of 109th Street between 2nd and 3rd Avenues serves as the playing field for the East Harlem Stickball League. In 2005, the block was named in honor of the Stickball Hall of Fame, which has since found a permanent home on 123rd Street. This is now the second street we've seen named after stickball; the first was Stickball Boulevard in the Bronx.