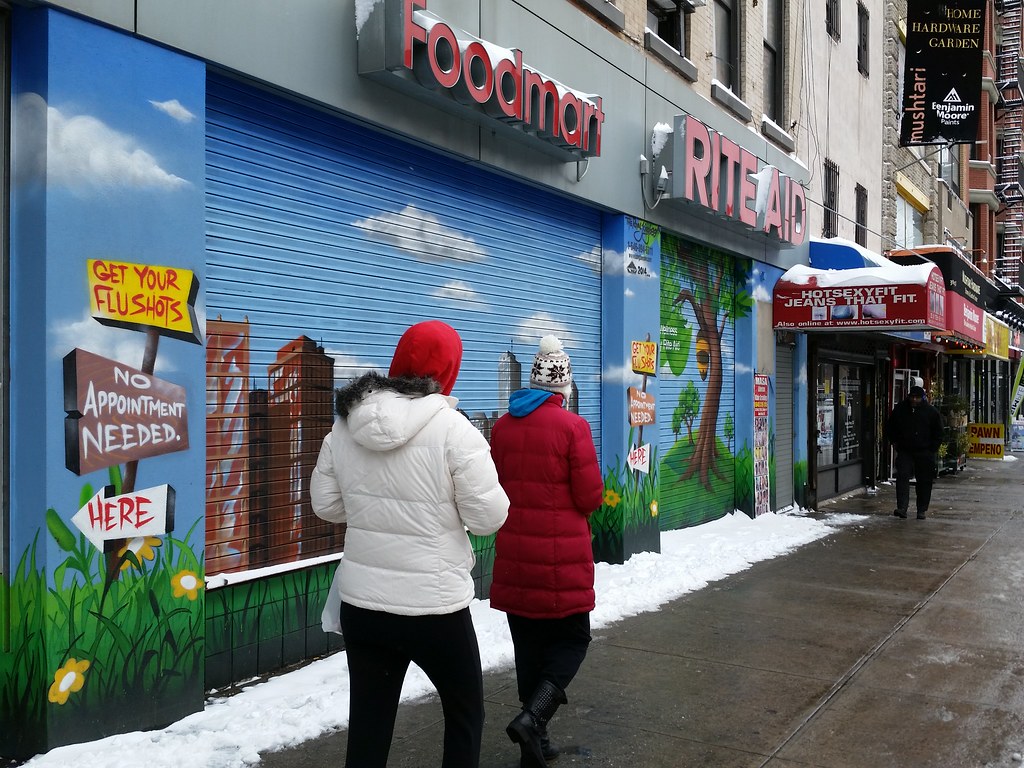 At this point, it's an established fact that the Royal Kingbee's territory has expanded well beyond the borders of the Bronx in the last couple of years, largely onto the walls of Rite Aids in Manhattan and Brooklyn. (He also established an early outpost at an East Village hair salon at least as far back as May 2009.) Here we have even more evidence of his growing pharmaceutical empire.