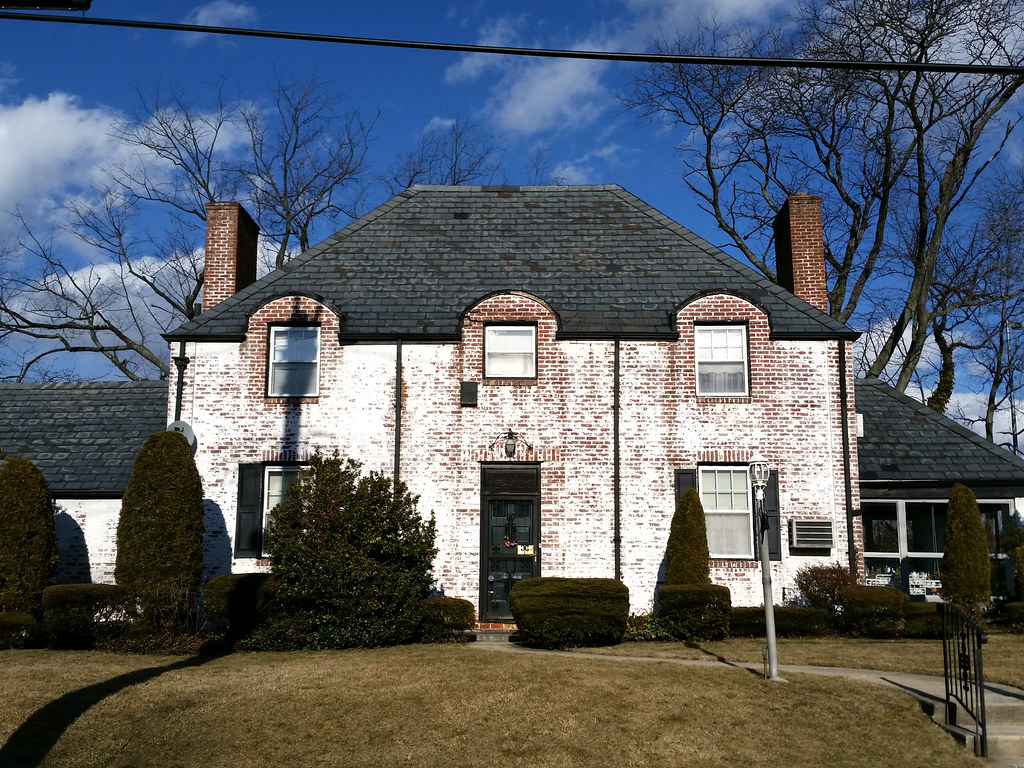 One former resident of this house was Captain Francis Pope, a TWA pilot who was awarded a patent in 1940 for an advanced aircraft radio beacon system. (A Francis Pope of Bayside, NY — presumably the same man — also received a patent for a "selective turbopropeller jet power plant for aircraft", in 1952.)

In 1941, Capt. Pope was interviewed by a sports writer for the Pittsburgh Post-Gazette:

On a recent flight we asked Captain Francis Pope, clean cut pilot on the TWA, what was the chief requirement of a transport pilot. He seemed to be more interested in what was going to happen to Conn in the event he fought Louis, but he took time out to discuss his distinctive work.

"And by that," your Socrates asked him, "you mean just what?"

"The ability to control your emotions under all circumstances—to act the same under stress as under normal conditions."

"Do you find a trace of fatalism among the pilots?" we pursued.

"In the event of war for this country what job would you probably draw?"

"About the same one as I'm doing now, I imagine. There would be greater need for transport men than now. To younger men would go the jobs of handling the dive bombers and the pursuit planes, calling for quick maneuverability. They would be on the order of, let us say, basketball players."

At 32, Captain Pope has eight years of service in as a pilot. He is a Leland Stanford grad. To this yokel, he and his colleagues represent the perfect type of homo sapiens. You admire them more, too, at 3,000 feet of altitude.