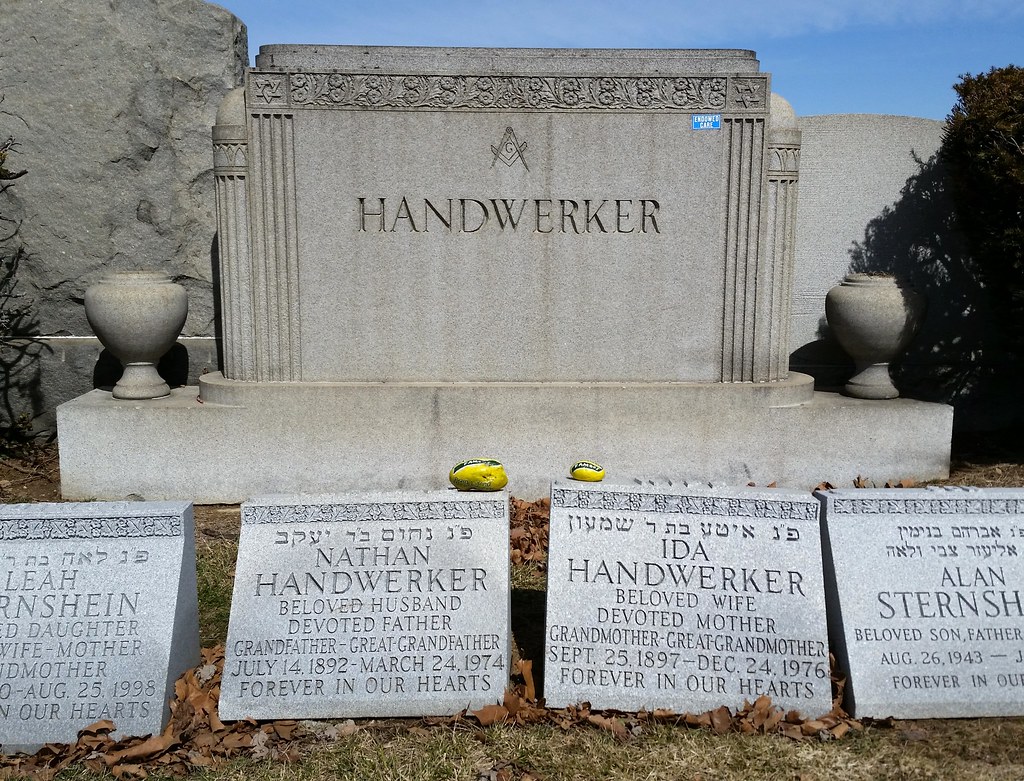 That's Nathan of Nathan's Famous hot dogs. Ida, his wife, is said to have created the recipe that made the dogs so famous.

This isn't the first time we've encountered frankfurter royalty in a cemetery, by the way. In Green-Wood Cemetery, we came across the mausoleum of Charles Feltman, who is often credited with inventing the hot dog, and then we learned of a connection between him and Nathan:

As we've seen, it's a Jewish custom to place rocks on gravestones that you visit. If you take a closer look at the rocks sitting atop Nathan's and Ida's stones, you'll see they've been decorated with the Nathan's Famous logo. Painted on the bottom of each one are four names: Steve, Michelle, Diana, and Lucas — presumably the folks who left the rocks here at Mount Lebanon. As it turns out, Steve is Nathan and Ida's grandson, Michelle is Steve's wife, and Diana and Lucas are their two children. Steve and Michelle head up the International Association for the Advancement of Peace. Diana was named the Humane Teen of the Year by the National Association for Humane and Environmental Education in 2007, and is, or at least was at that time, a vegetarian. Lucas is a self-described "hypnotist, mentalist, speaker, writer, & explorer of the mind" and a father-described "explorer and facilitator of multidimensional reality".