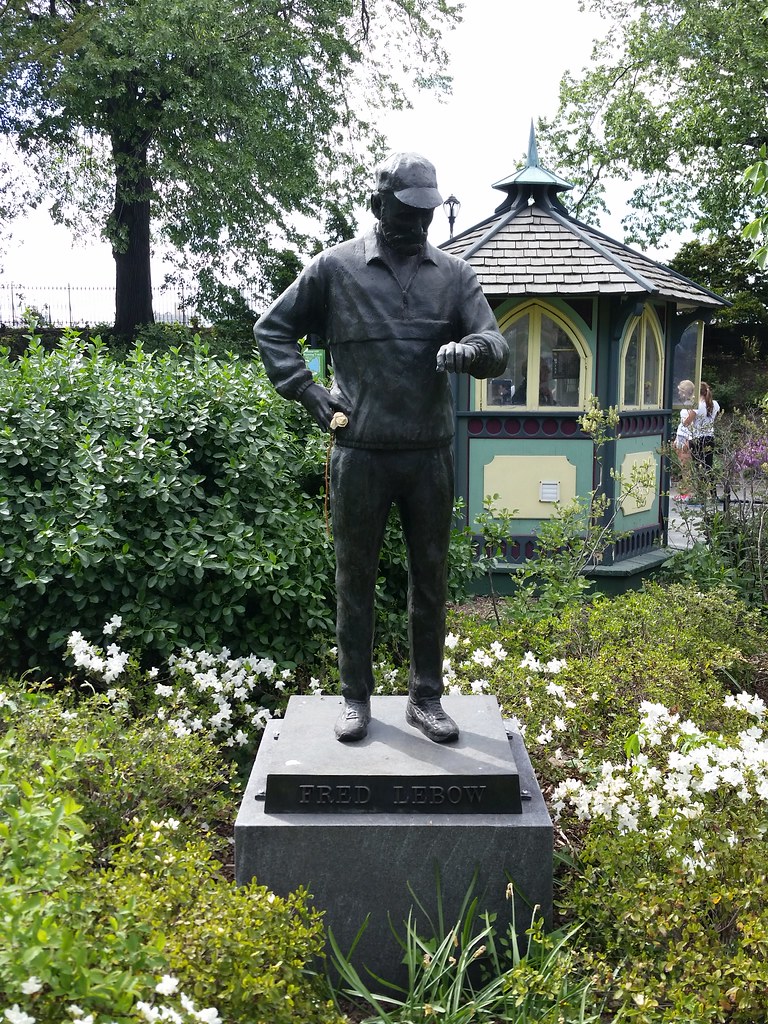 Central Park, which hosted the first few New York City Marathons in the 1970s and is still home to the final stretch of the race, is a fitting place for a memorial to Fred Lebow, the marathon's founder. But when Mr. Lebow died in 1994, a moratorium on new monuments in the park prevented a permanent memorial from being erected. So a sneaky solution was worked out: his statue is allowed to stand here as a temporary installation — and what makes it technically temporary is that it's moved from its perch once per year, when it's set up to greet runners at the marathon's finish line.