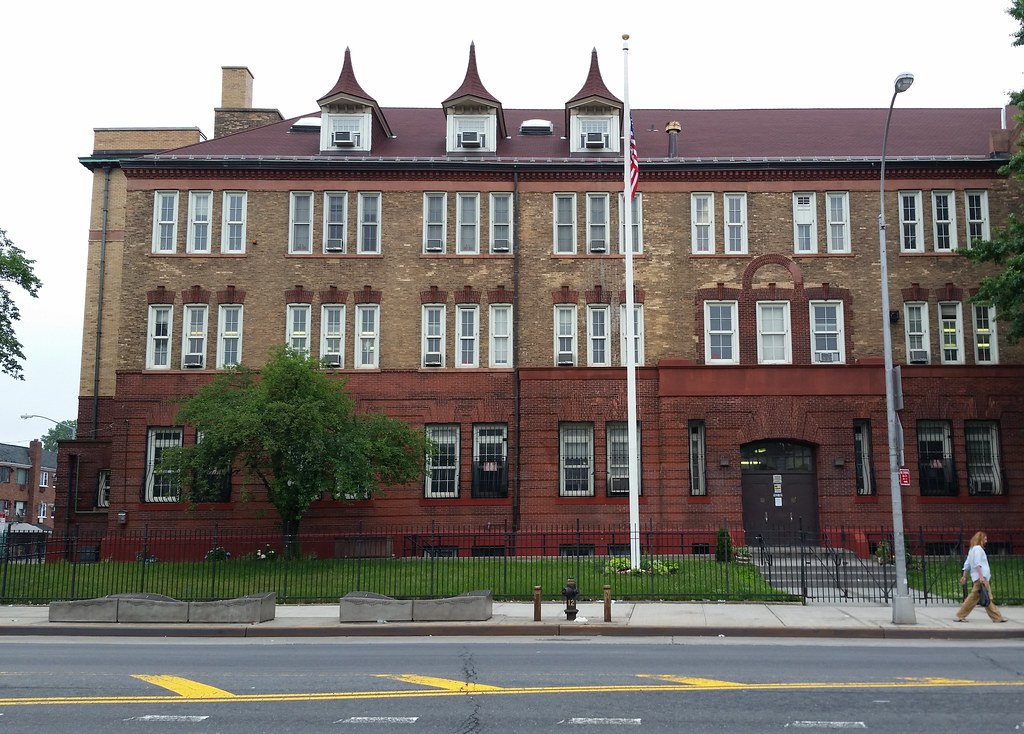 Built in 1895-96, the Dutch Revival-style PS 47, with its "witch's hat" dormers, was designed by the excellently named William B. Tubby. In 1909, the younger students were relocated and the building became the original Jamaica High School. In the decades since Jamaica High moved into its present home in 1927, the former PS 47 has served as a number of different schools; it is currently the Jamaica Learning Center.

(Note the undulating raised subway grates on the sidewalk.)