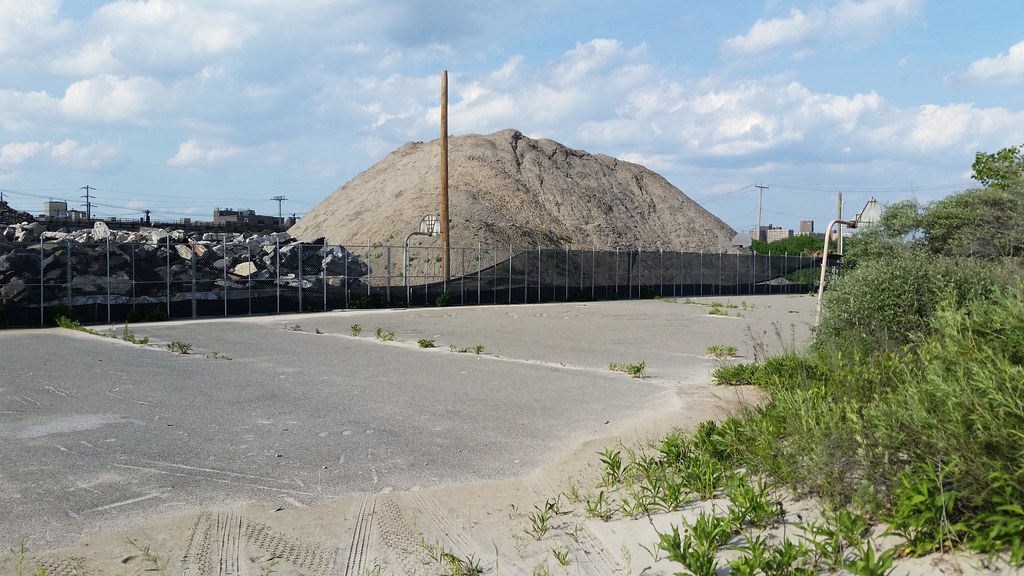 As far as I can tell, this 2.5-acre expanse of asphalt was originally a parking lot situated among the bungalows of southern Edgemere. The neighborhood was leveled around 1969, and the blacktop was rededicated to recreational uses sometime between 1980 and 1994 (better image from 1996), hence the old basketball hoops. These days, the majority of the lot appears to be devoted to the storage of massive piles of sand and demolition debris.