The ghost streets of Arverne East 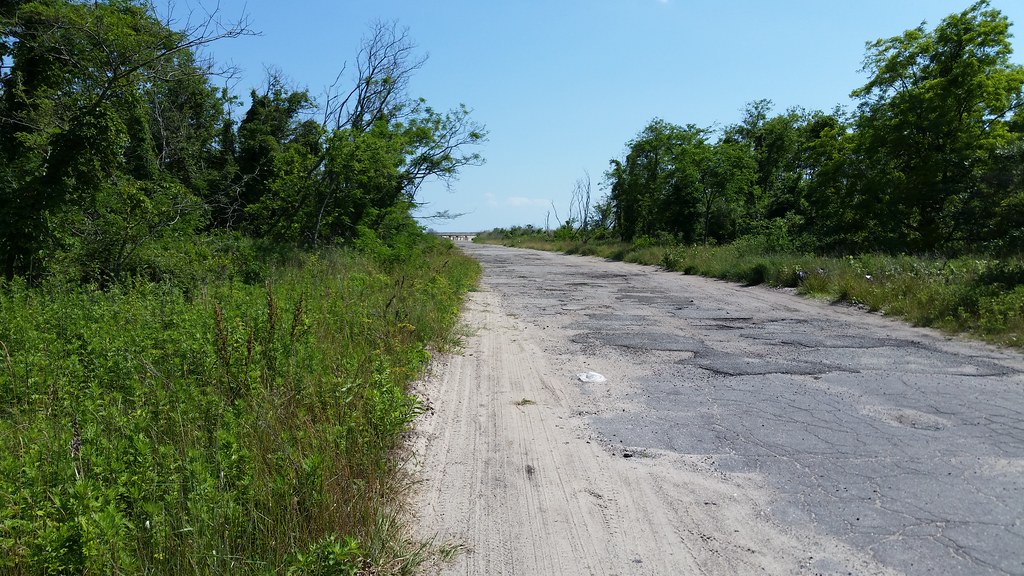 Take a look at this aerial image of the Rockaways and you'll notice a curious sight in southern Edgemere: a vacant, wild swath of land stretching more than a mile along the ocean from Beach 32nd Street to Beach 56th Place. You might think it was some kind of nature preserve if it weren't for all the streets running through it.

As you can see in this 1924 aerial image, these now-crumbling streets were once lined with houses — hundreds of tightly packed bungalows and some much more spacious homes as well. But by the 1960s, many of the dwellings had fallen into disrepair and were being used to house poor families on welfare. In the name of urban renewal, the city decided to level almost every building in the area, as well as in an adjacent section to the west, and replace the old structures with new residential developments.

Demolition began around 1969. But after the land was cleared, with nearly 4,000 buildings razed, the renewal part of the plan hit a snag. The only residences erected during the remainder of the 20th century were two apartment complexes, one of which was partially located outside the renewal area, and three two-family houses. The western portion of the renewal area, in Arverne, finally began to be developed around 2001, but the tract in Edgemere — now called Arverne East — remains empty, save for one school, PS 106, that predated the demolition.

While designs have been put forth for Arverne East and there is talk of imminent construction, I wouldn't be surprised, given the site's history, if this accidental mini-wilderness manages to hang on, at least in part, for some time to come.