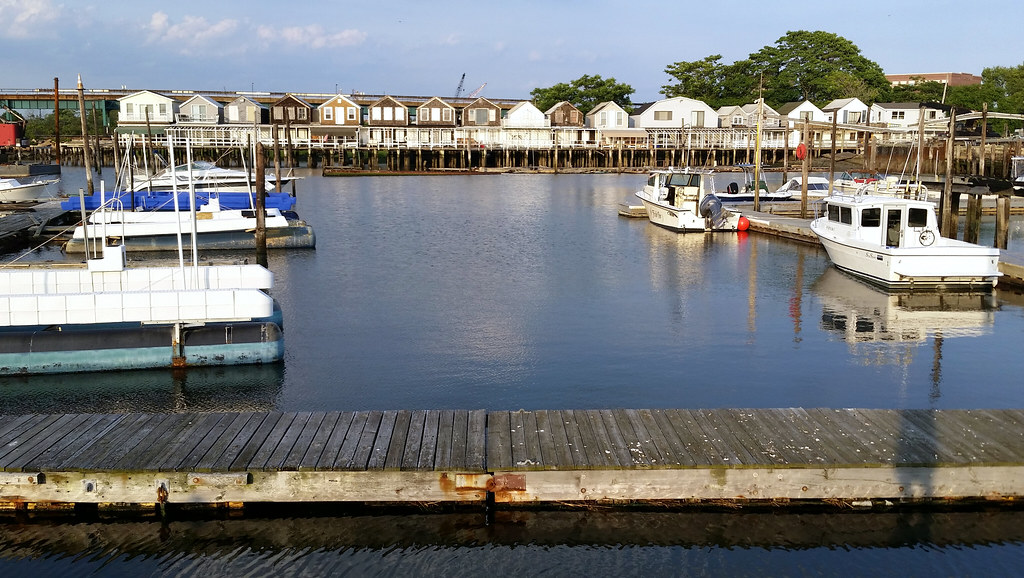 After finishing my walk today, I headed over to where Beach 86th Street terminates at Jamaica Bay. I climbed out on the nearby jetty to get a good look at this row of old bungalows built on a pier over the water at the northern end of Beach 84th Street. Because of how the houses are lined up, they're mostly obscured from view on Beach 84th Street; in fact, I didn't even realize they were there when I walked the street. I only discovered them afterward while looking at aerial photos of the area. As we learned back then:

These unusual houses, apparently more than a century old, were in the news back in 2008 when the state passed a law allowing the city to sell the pier to the homeowners who lived atop it. A few years later, the artist Duke Riley featured the bungalows in one of the stained-glass pieces he designed for the nearby Beach 98th Street subway station.

There are about 16 houses standing on the pier now, but there were once more. I count seven additional houses in aerial images from both 1924 and 1980. (Here's a 2012 view for comparison.) In the 1924 aerial, and even, to a much lesser extent, in this 1996 one, you can also see a number of houses built out on other nearby piers jutting into the bay. 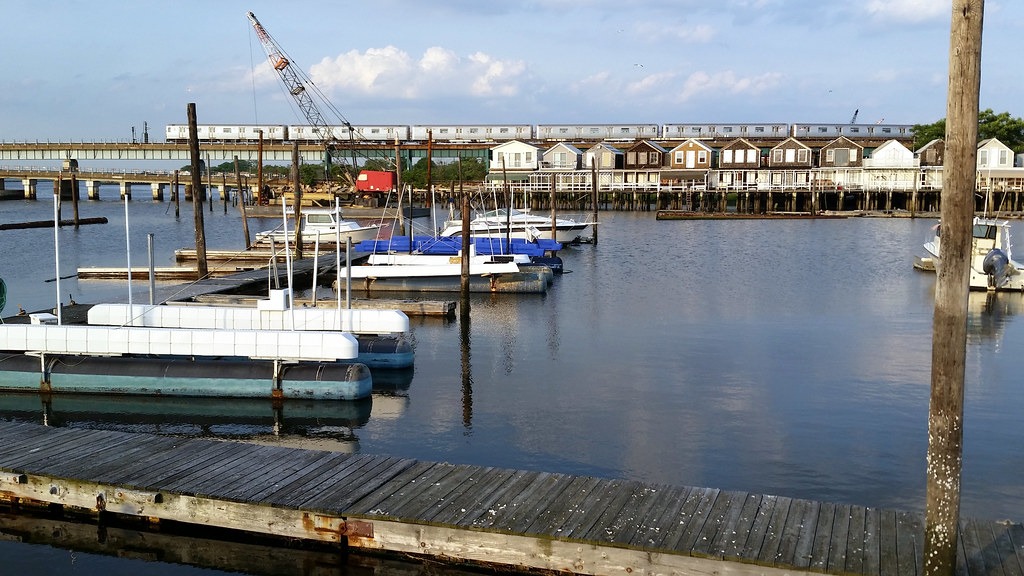 An A train rumbles by in the background.