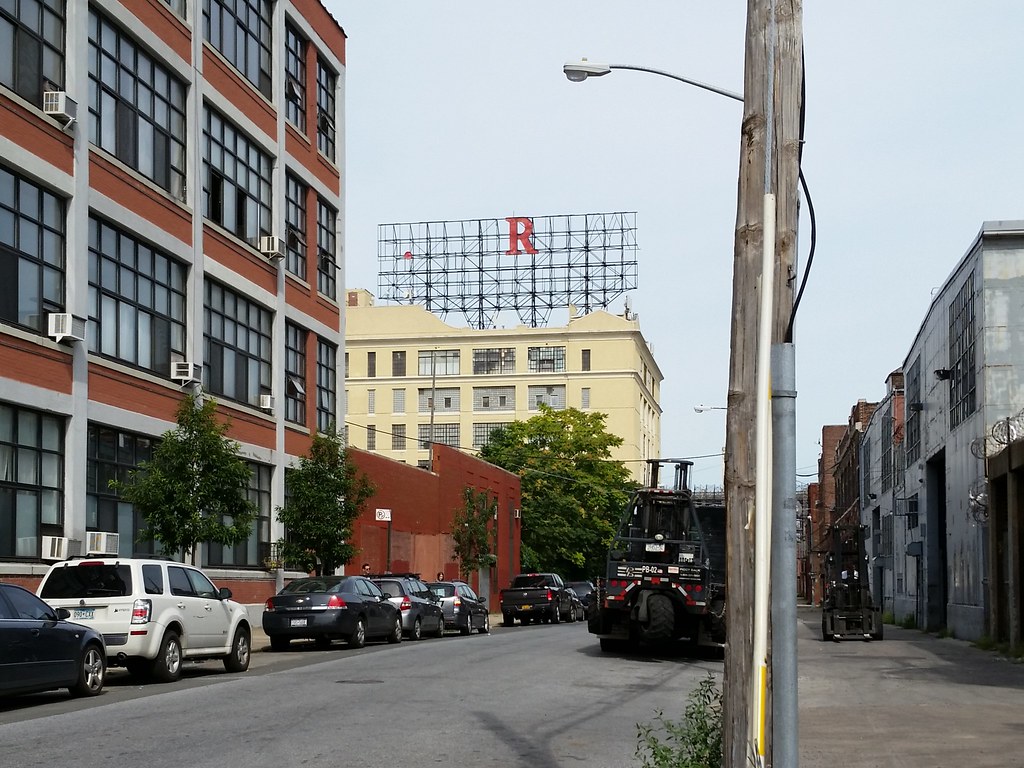 Since before I was born, a big red R has loomed mysteriously over the streets of Red Hook, leaving decades of perplexed passersby to wonder why such a prominent sign would be used to display such a nonsensical message.

There was a time, many years ago, when the R was just one of several 30-foot-tall letters perched atop that cream-colored building. In those days, the sign read "E.J. TRUM", the name of the paper box manufacturer that owned the place.

After John Turano & Sons, a furniture wholesaler, acquired the building in 1978, the Turanos wanted to put their own name up on the sign. But as Frank Turano told New York magazine in 2001:

We went on the roof and started pulling down these giant letters. The E, the J, the T. But the R got stuck. We couldn't move it. Someone almost fell off the building trying. It put a scare into us. It seemed better to leave it up there. It's been like that for 22 years. Recently a lot of people looking for billboards have come around asking about the space. But we'll leave it like that: just R.

The Turanos have since moved on, but the R remains. (The period after the E is still stuck up there as well, of course, but it never seems to get much attention.) Of the four old neon rooftop signs that stood in the industrial Gowanus-Red Hook area when I started this walk, the R is one of only two left. Bruno Truck Sales is its fellow survivor, while Eagle Clothes and Kentile Floors have been torn down. (There is some talk of Eagle Clothes possibly being resurrected, however.)