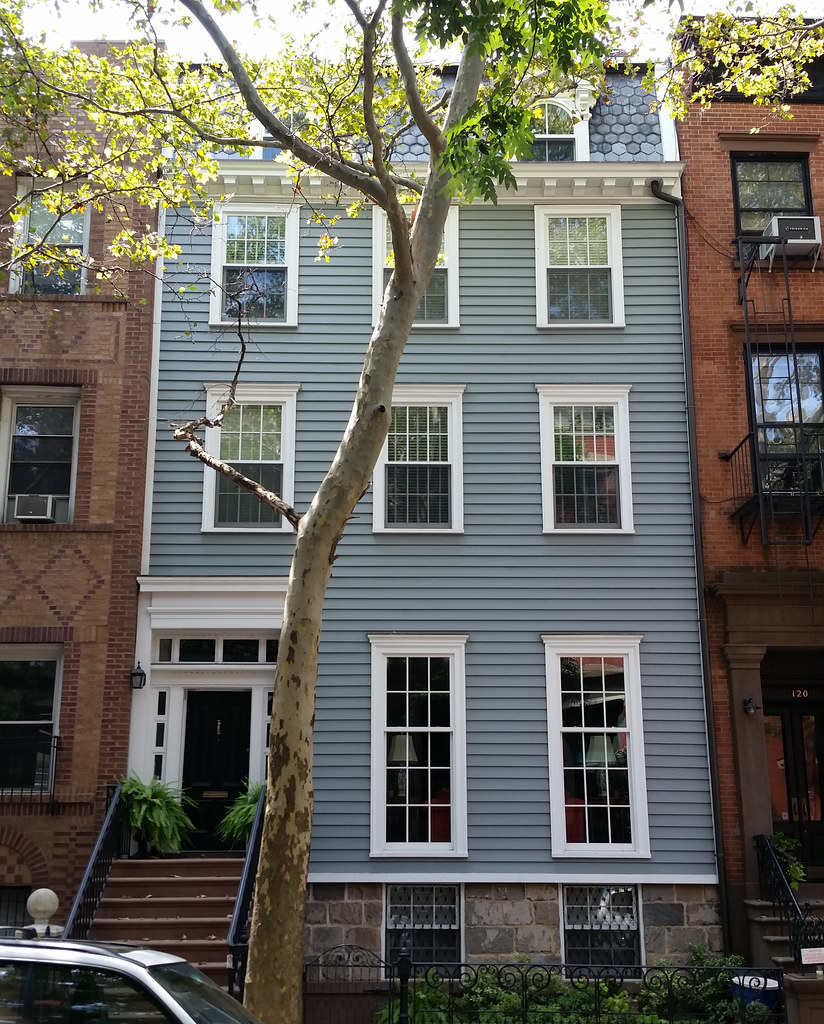 According to the city's Landmarks Preservation Commission, this is the oldest house in the Cobble Hill Historic District, "built in or shortly before 1833, in the Greek Revival style". The mansard roof was reportedly tacked on in the 1860s (perhaps during the "mansard mania of 1868 to 1873"), and the house's original clapboard siding was covered with faux-brownstone stucco in 1922. It was only in 2013 that the stucco was removed and the rotted clapboards replaced with new ones.