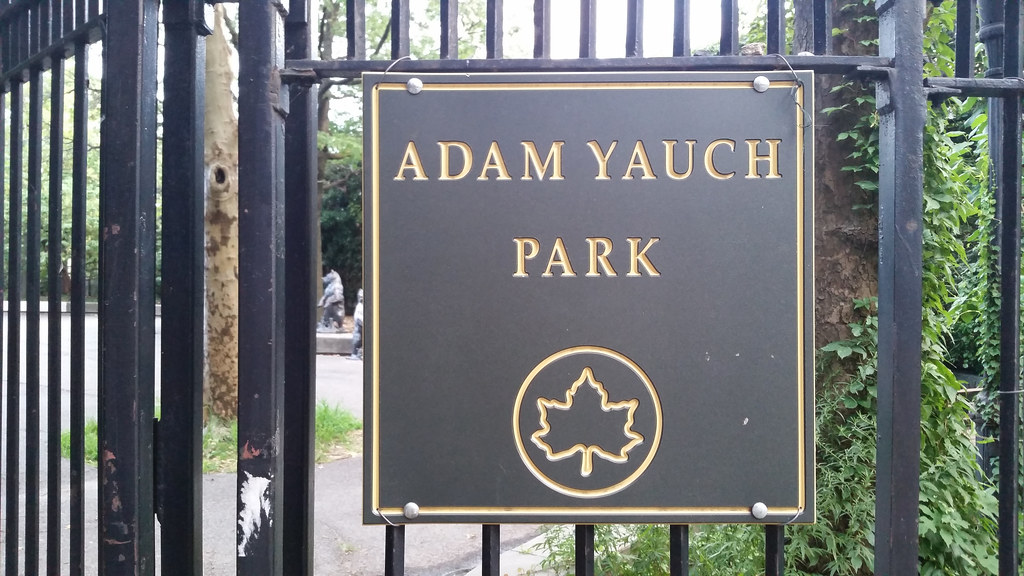 A year after his death, this park was renamed for the late, great member of the Beastie Boys, who grew up playing here. The park's seemingly mundane former name, Palmetto Playground, was actually one of Henry Stern's strangest appellative concoctions. As told by the Parks Department:

(There is at least one trace of Mr. Stern's personality still remaining in the park, however: those dancing bear statues in the background.)