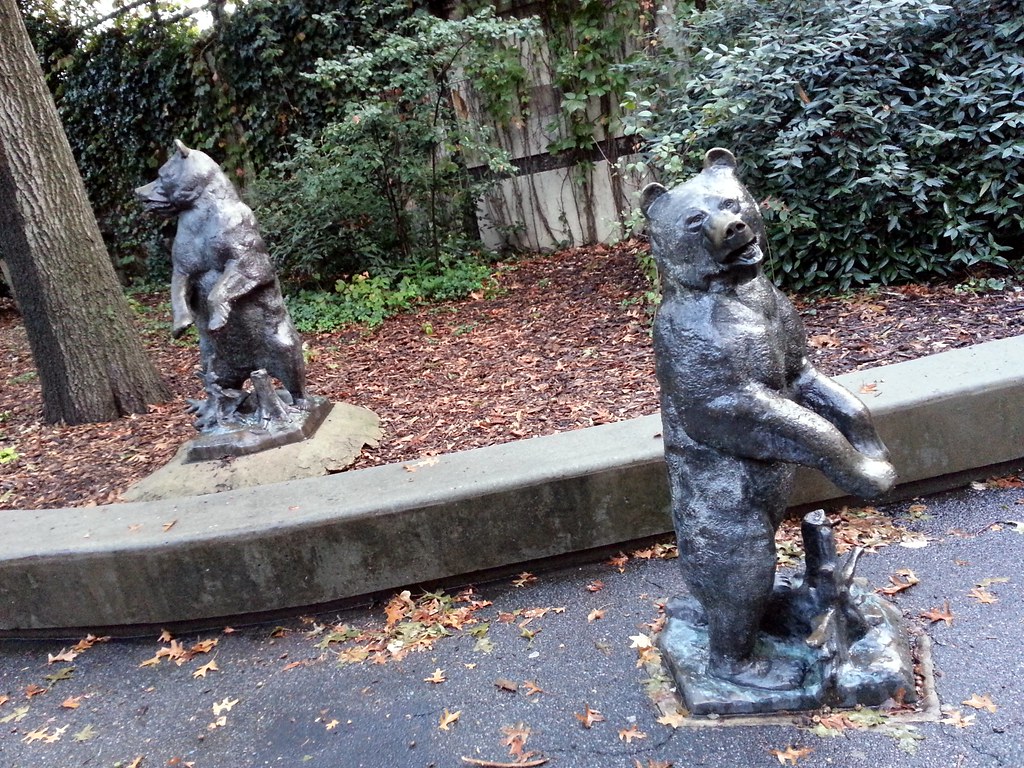 While these goofy dancing bears are an obvious sign of Henry Stern's influence, a more subtle trace of his unusual personality can be found in the very name of the park in which said bears are doing their frolicking. It was once known as Atlantic Playground, simply (and boringly) inheriting the name of an adjacent street: Atlantic Avenue. But, as we've learned, Mr. Stern was not a fan of straightforward, unimaginative appellations. As told on the Parks Department's website, here's the tortuous route he took to get to Palmetto:

UPDATE: On May 3, 2013, Palmetto Playground was renamed Adam Yauch Park in honor of the late member of the Beastie Boys.