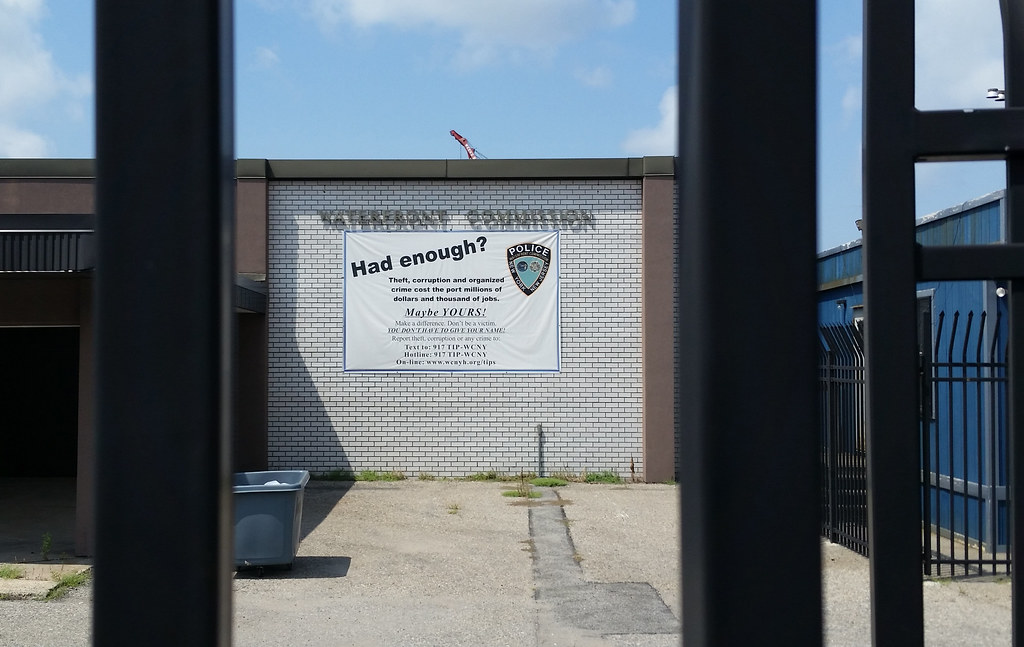 Theft, corruption and organized
crime cost the port millions of
dollars and thousand [sic] of jobs.

Make a difference. Don't be a victim.
YOU DON'T HAVE TO GIVE YOUR NAME!
Report theft, corruption or any crime

This sign hangs outside the Brooklyn office of the Waterfront Commission police. The Waterfront Commission was established in 1953 to combat organized crime on the docks of New York Harbor, but by the time of a 2007-08 investigation, which led to the ouster of "virtually the entire executive staff", the commission had become "its own bastion of lawlessness, employing some of the same corrupt, self-serving methods as the gangsters it was supposed to pursue".