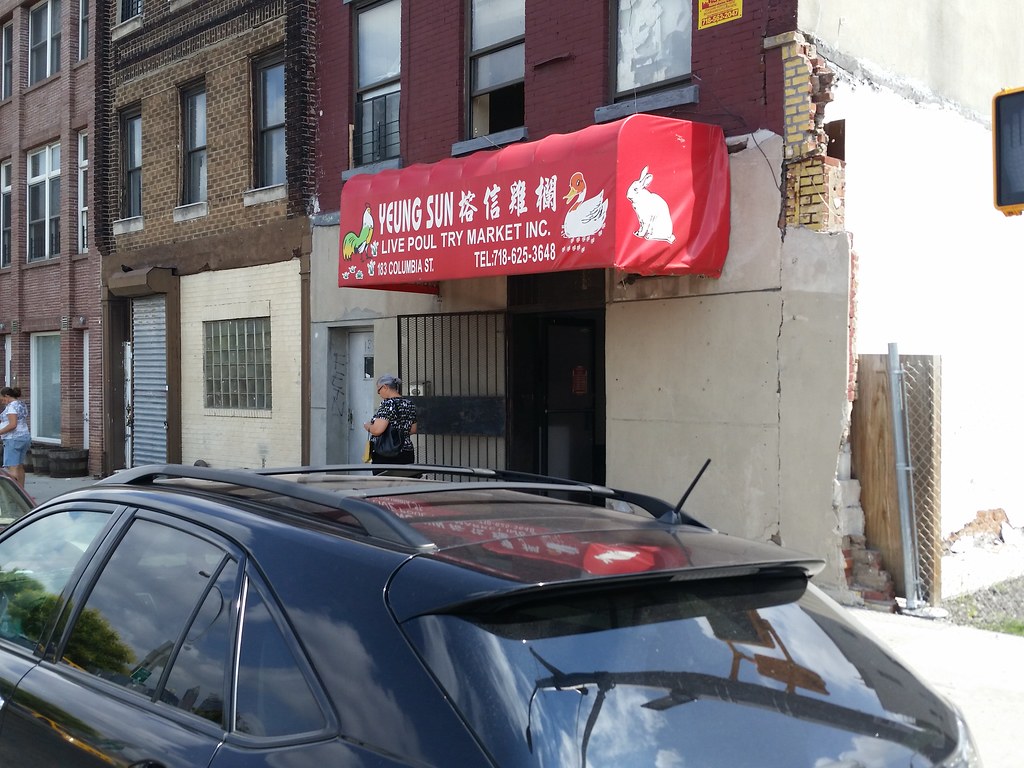 Some of the neighbors had been heard to express the wish over the years that a divine hand would smite Yeung Sun Live Poultry.

Clucking chickens went into its storefront. Dead ones came out, bound for Chinatown restaurants. So did blood, and entrails, and putrid odors that wafted past the fancy lofts and dark-wood bars of an up-and-coming neighborhood near the Brooklyn waterfront, a place that prefers its industrial grit to look a bit more picturesque and smell a tad less gritty.

So it was with a mix of schadenfreude and guilt that locals greeted the news that the poultry shop had been felled by a freak accident late last week, as city workers dug a tunnel to remedy an even more celebrated stench — that of the Gowanus Canal.

The drilling of a tunnel for a new wastewater force main caused the partial collapse of the building that stood immediately to the right of the Yeung Sun storefront above. The one-story structure, which housed Yeung Sun's walk-in freezer and other equipment, had to be demolished as a result of the collapse, and the lot where it stood remains vacant to this day. (A jagged brick remnant of the building's front wall can be seen above, still attached to the side of the storefront.) It seemed like the end might be nigh for the slaughterhouse in the wake of the collapse, but Yeung Sun managed to hang on and stay in business, dashing the sweet-scented dreams of many of its neighbors.