A lush and fecund isle 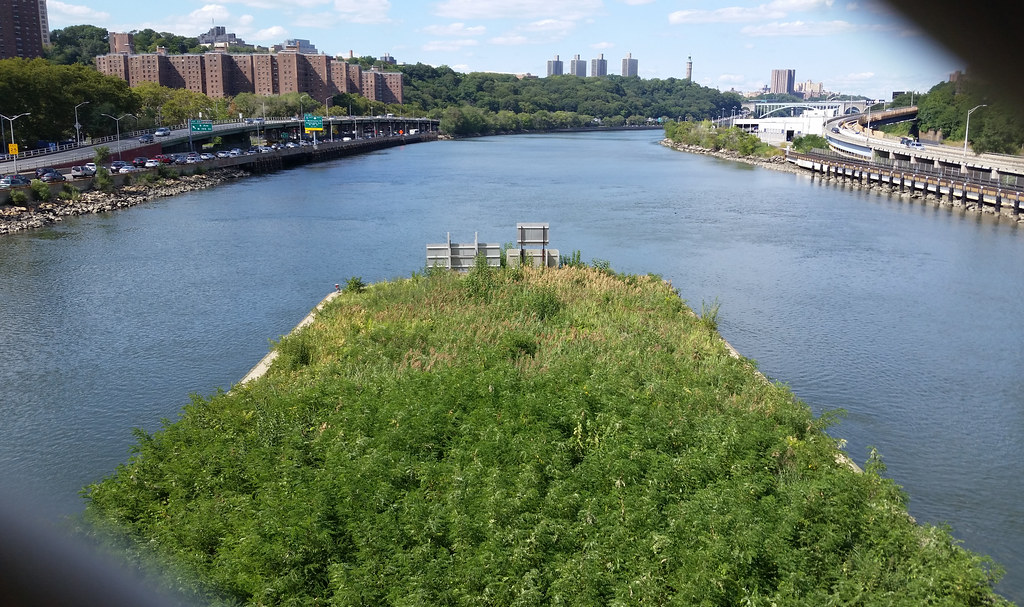 This is what late August* looks like on the artificial island built around the central pier of the Macombs Dam Bridge, one of the seven swing bridges over the Harlem River that can pivot open to allow large watercraft to pass by. Each of the seven bridges has a water-level structure that lines up with the movable span of the bridge when it's swung open, but this is the only one of those structures that is filled in with soil.

Visible in the far distance are some northern Manhattan landmarks. From left to right: the Four Sisters (Bridge Apartments), the High Bridge Water Tower, and Yeshiva University's Belfer Hall, with the High Bridge in front of it.

* You can use Street View to inspect the vegetation (or lack thereof) at various points over the past several years.