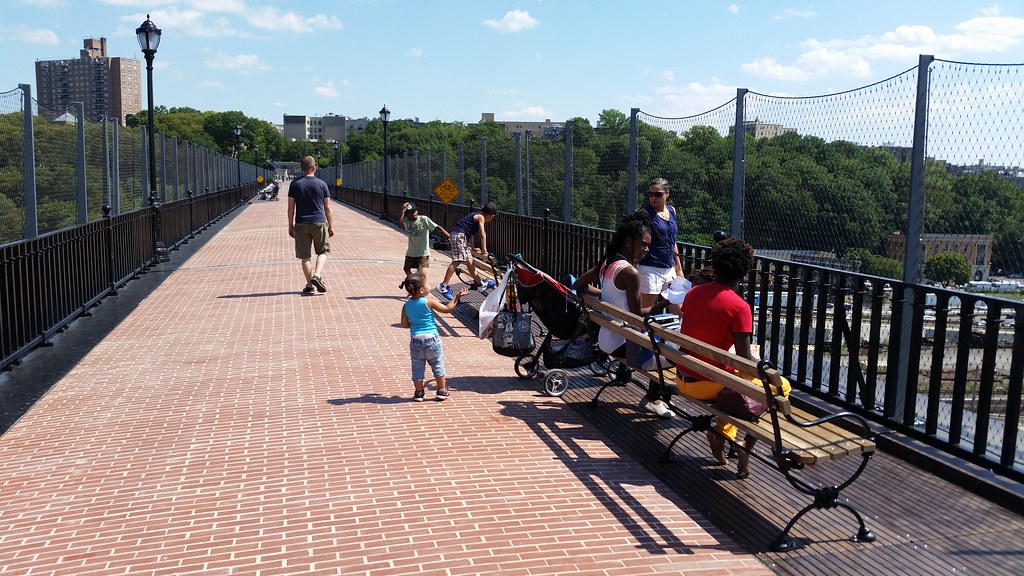 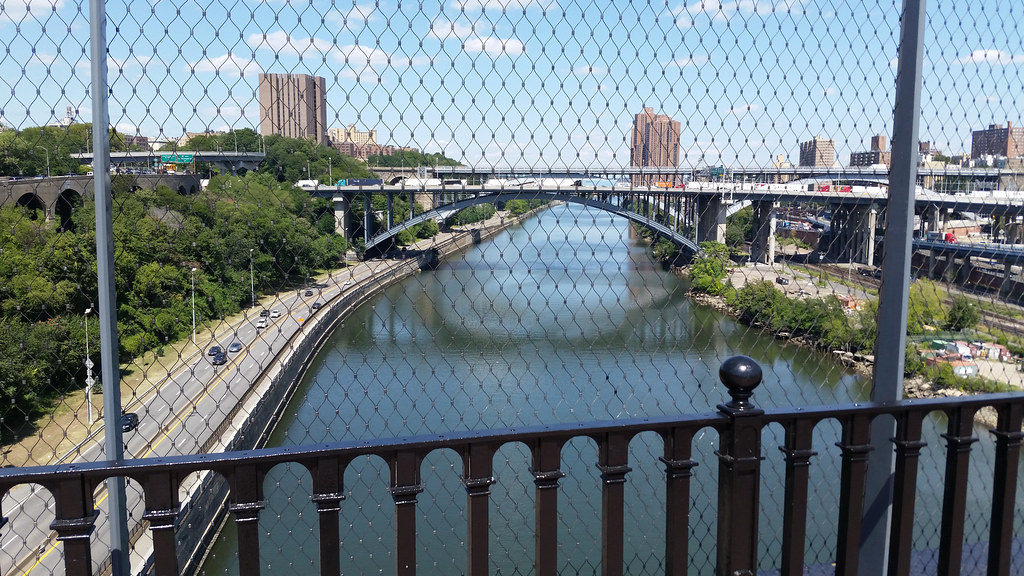 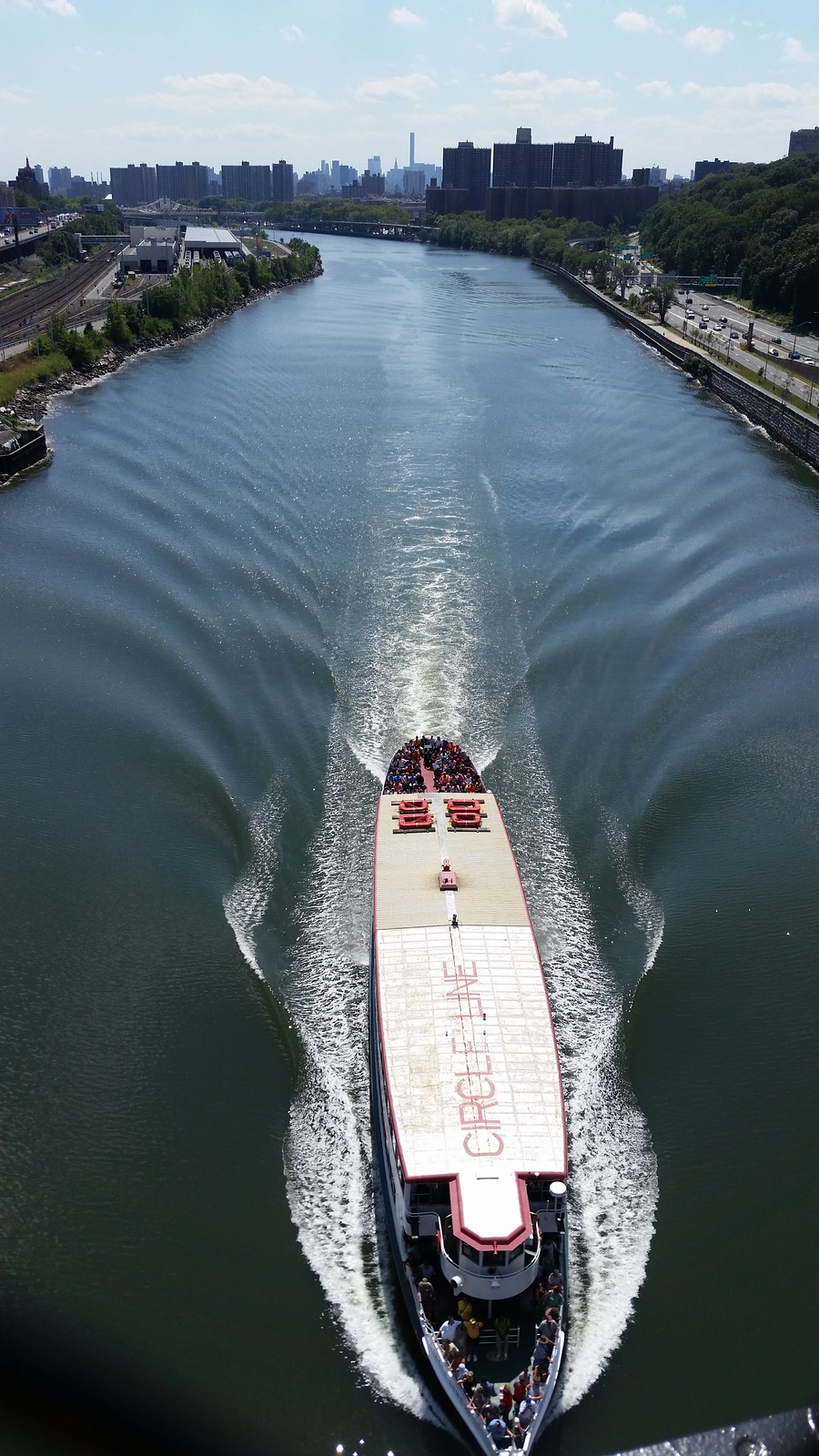 After some 40 years or more, the High Bridge is finally open to the public again. Unfortunately, it's now enclosed by tall, ugly safety fencing running the entire length of the structure.

The bridge was completed in 1848, its stone arches carrying the Croton Aqueduct (located inside it), a desperately needed artery of fresh water and tremendous feat of civil engineering, across the Harlem River into Manhattan in monumental fashion. It became a popular sightseeing destination; well-dressed promenaders would come to stroll along the bridge's pedestrian walkway and take in the sweeping views of the Harlem River Valley.

Starting in the 1960s or '70s, the bridge, no longer used to carry water, was closed to the public. An oft-repeated story is that it was gated off because people had been throwing things from the bridge at ships passing below — and there was at least one well-documented instance of that happening with a Circle Line tour boat in 1958 — but I suspect the city just didn't want to spend the money to maintain and secure an aging, pedestrian-only structure in a poor, high-crime area.

Even during the years it was closed, however, the bridge did continue to serve one small local population: kids from the Bronx who would climb around the gates and cross it to get to the Highbridge Park swimming pool on the other side in Manhattan.