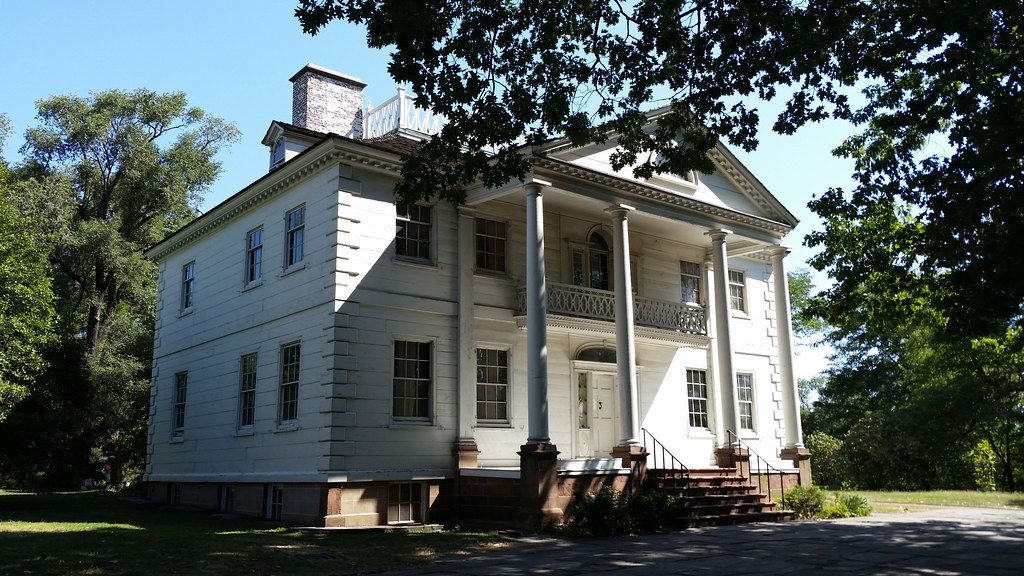 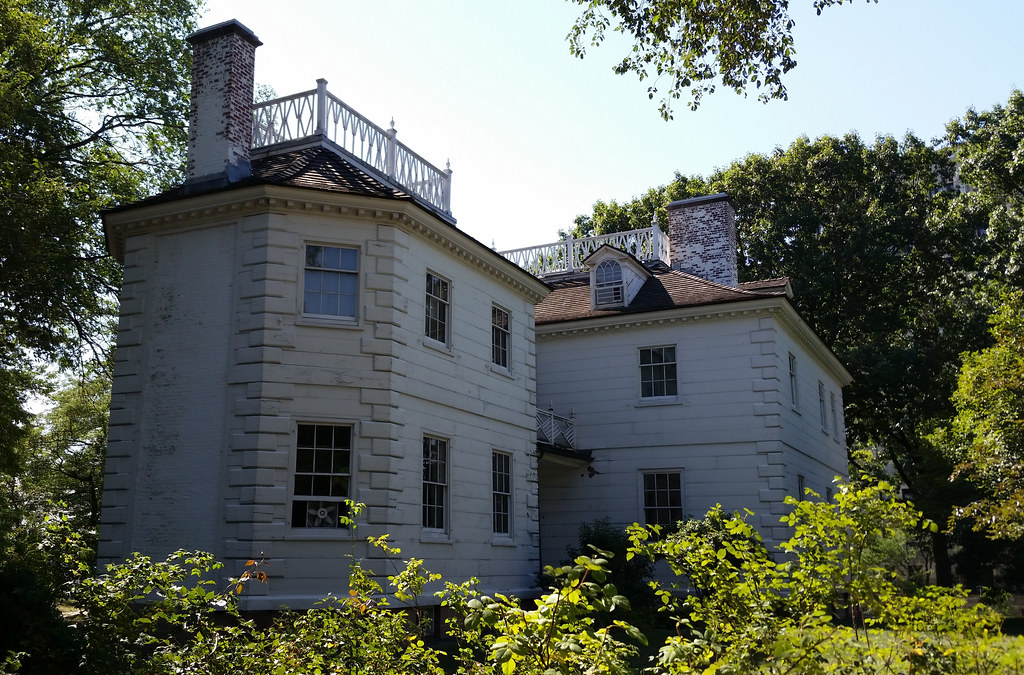 Built in 1765, this is Manhattan's oldest remaining house. It served as General George Washington's headquarters — as noted in the subway — for about five weeks in the fall of 1776 during the Revolutionary War, and was subsequently taken over by the British and their Hessian allies after they drove the Americans from Manhattan.

In 1790, the mansion was the site of a dinner for the members of then-President Washington's cabinet and their families. Among those in attendance were John and Abigail Adams, Thomas Jefferson, Henry Knox, and Alexander and Eliza Hamilton. (The Hamiltons would go on to build their own house, the Grange, less than a mile south of here.)

Stephen and Eliza Jumel purchased the mansion in 1810. Stephen passed away in 1832, but Eliza continued to live in the house until her own death in 1865. One notable resident during her time here was the elderly former Vice President Aaron Burr, Alexander Hamilton's killer, who married Eliza (Jumel, not Hamilton) in 1833.

The marriage, strained by Burr's financial irresponsibility, did not last very long, however. Eliza filed for divorce on July 11, 1834, the 30th anniversary of Burr's duel with Hamilton, and was represented in the proceedings, as she had been in legal matters years before, by Alexander Hamilton Jr., Hamilton's son. Burr stalled as long as he could, but the divorce was finally granted a couple of months before he died in Staten Island in 1836.

While he was working on his musical Hamilton, Lin-Manuel Miranda spent time here at the mansion, writing in Burr's old bedroom.