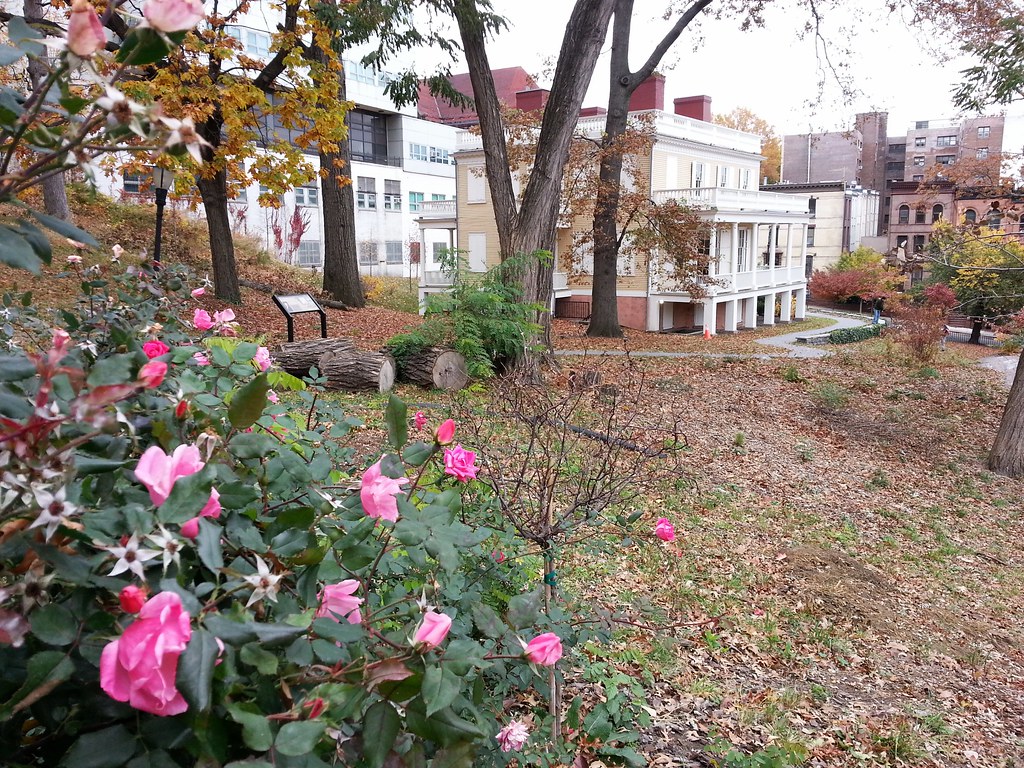 This was Alexander Hamilton's country home, completed in 1802, just two years before Hamilton was fatally wounded in a duel with Aaron Burr. The house has been moved twice since it was built, most recently in 2008, when it was jacked up and slid out of the cramped quarters where it formerly stood and then rolled down the middle of the street (around the corner and about a block down the hill) to its current site. You can see video of the move here and here, and a step-by-step visual explanation of the process here.