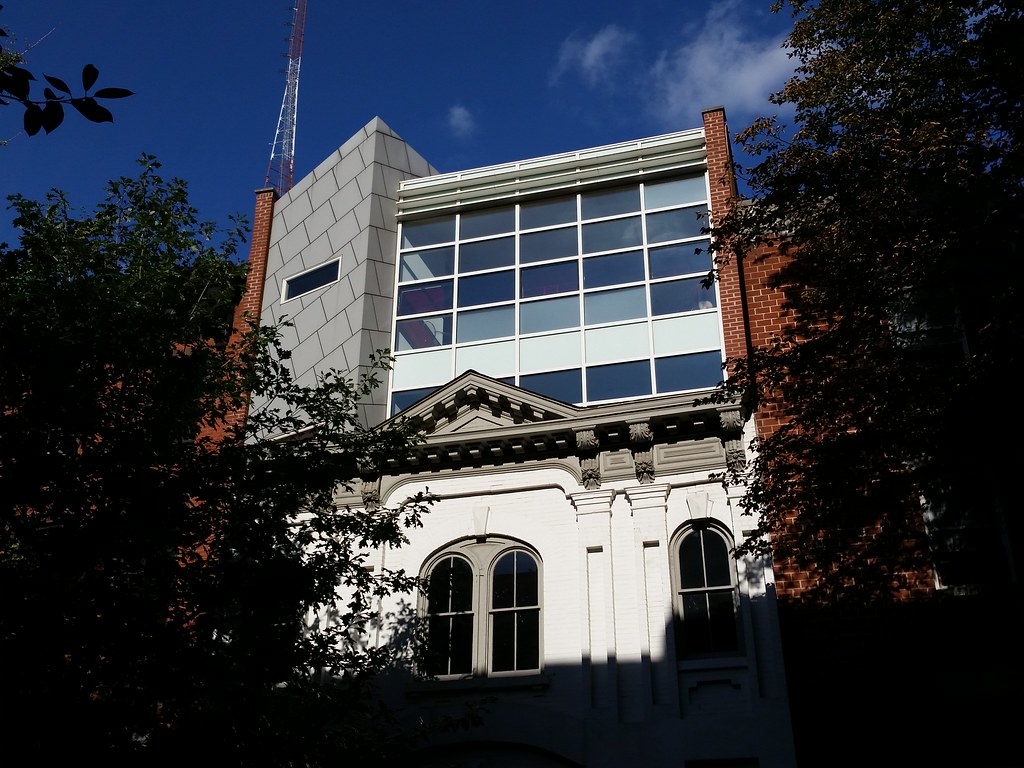 I'll let you guess which part of this building is the original carriage house and which is the 21st-century addition.

In booze news, the Budweiser Brewing Company signed a five-year lease on this property in 1896. Then, during a Prohibition-era raid here in 1931, the aptly named Morris Martini was arrested and the following was seized: "126 quarts of sauterne, 12 quarts of champagne, 24 quarts of Rhine wine, 45 quarts of vermouth, 60 quarts of sherry, 72 quarts of port, 24 quarts of benedictine, 36 quarts of Scotch whiskey and 540 quarts of gin."

(A reader turning to page 3 of the Brooklyn Daily Eagle on December 22, 1931, would have learned of not only the arrest of Morris Martini, but also the death of Harry Butt.)

The soaring red and white tower in the distance, which stands on top of Brooklyn Tech, was built in 1966 to transmit the city-owned WNYE radio and television stations. It replaced a radio-only tower that had stood on the site since the 1930s (visible in this circa-1940 tax photo of 31 St. Felix Street). I'm not sure how tall the older tower was, but the current one rises to a height of 597 feet above the ground. This made it, in combination with the building beneath it, the tallest structure in Brooklyn from the time of its construction until about three months after I took this photo, when it lost its crown to the first of a growing number of 600-foot-plus skyscrapers in the area.