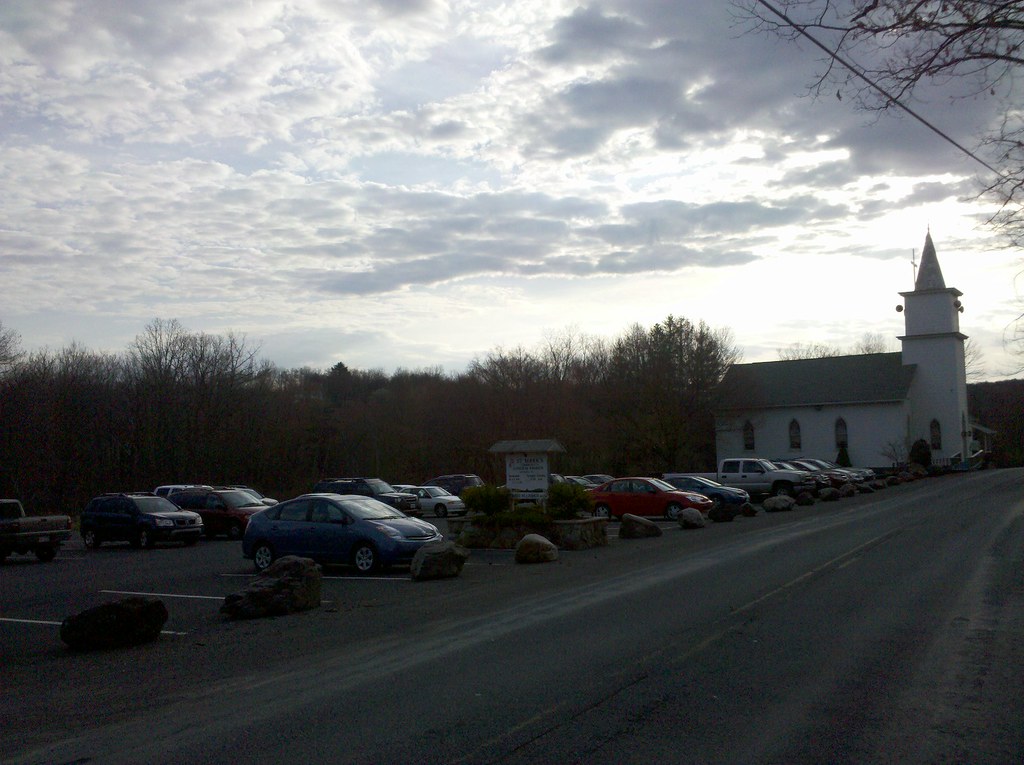 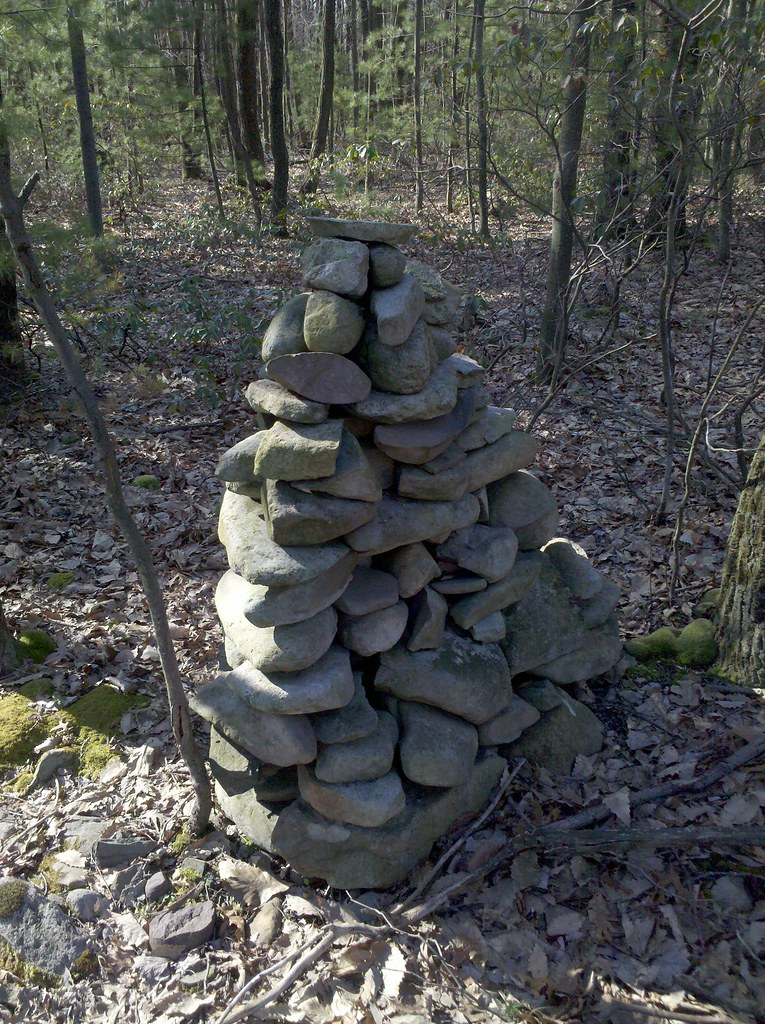 Doug Schwartz would be proud. 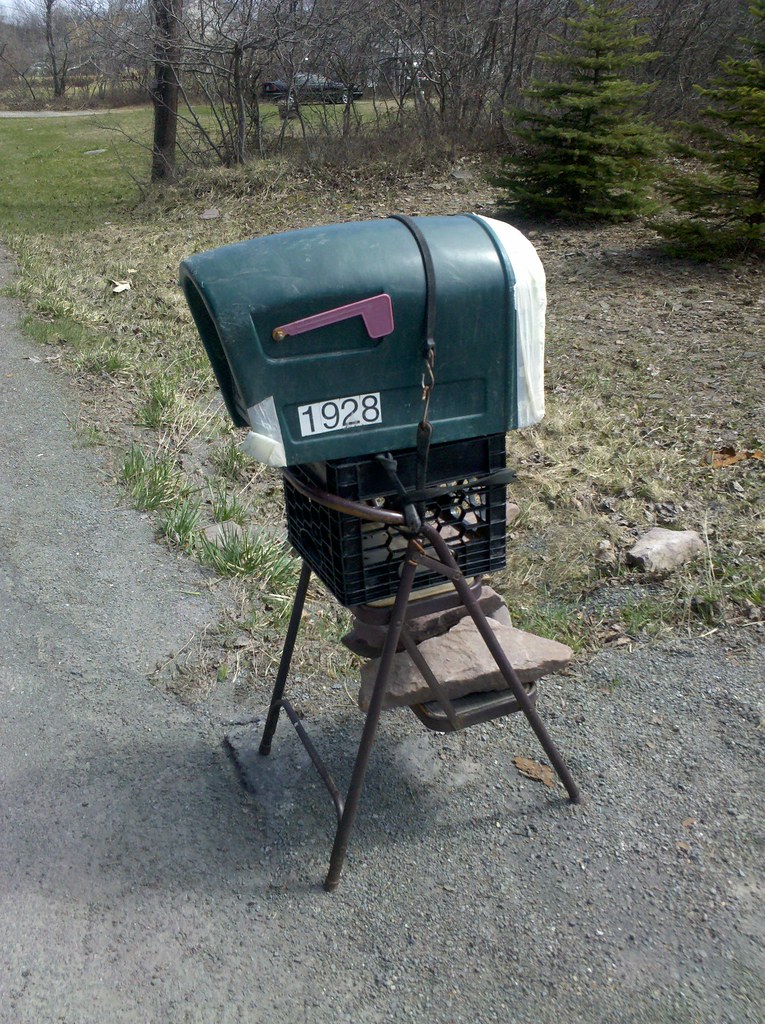 This road was lined with bizarre mailbox contraptions, many not secured to the ground, but this one was easily the best. According to one resident, the guy who plows this road gets a kick out of flying down the street so fast that the snow he's pushing slams into the mailboxes and knocks them over. Any artists or designers out there have a creative solution for these poor people?

The friendliest gas station in America 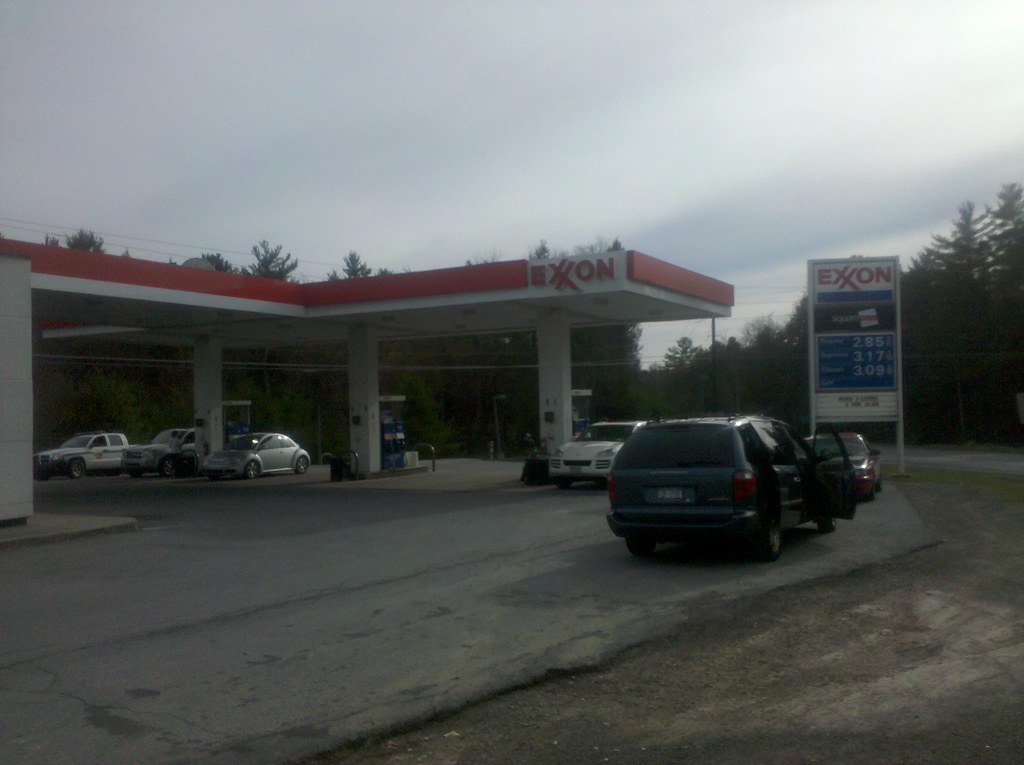 I stopped at this gas station today to buy a soda and rest for a little while. I was sitting outside when a guy came up to me and said he was from Far Rockaway. We talked about New York for a little, and then another guy walked over and, out of the blue, gave me a bag with some food and Gatorade in it. Then a woman, Cynthia, came over and gave me a handful of money. She came back a few minutes later to get my name so that the guy who hosts a television show at the children's group home where she works could tell the viewers about me and ask them to look out for me and treat me well if they see me on the road. Then I met another couple, Jenna and Todd, who were really excited about my trip and wanted to get my photo. Todd proclaimed my walk officially "gangsta". I was hesitant to leave this magical place, but I had to hit the road eventually.