It had to happen sooner or later 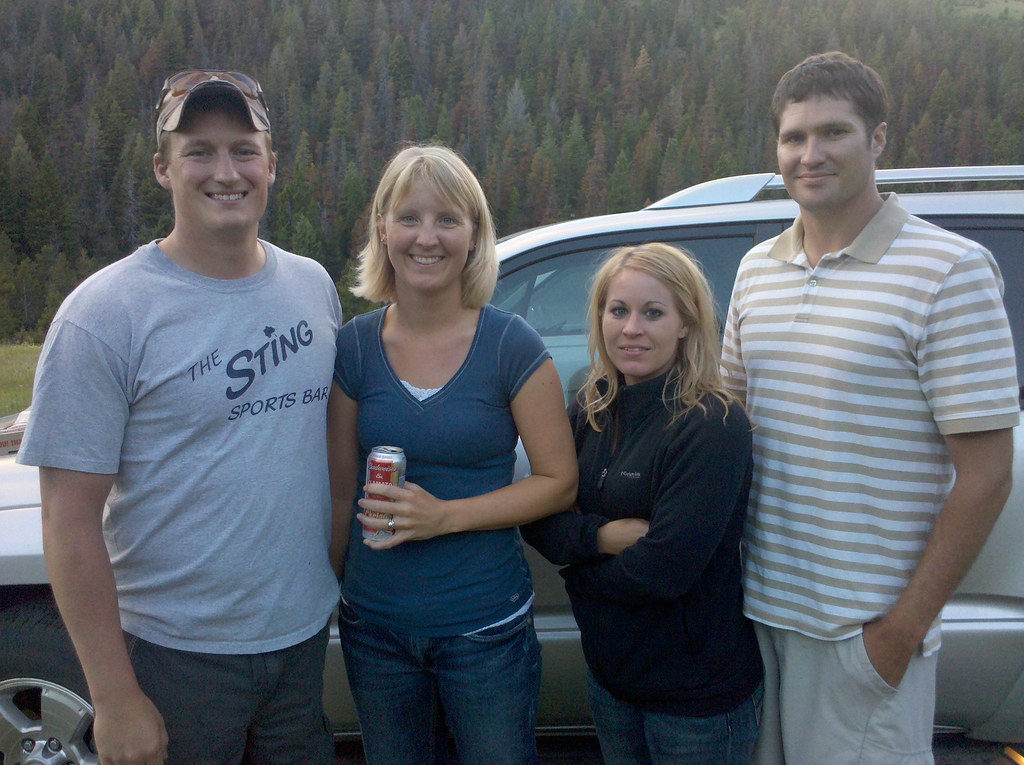 Thanks to these lovely folks for the pizza and beer. As you may notice in the picture, Budweiser-with-Clamato made an appearance as well. I figured it was finally time to try it. I'd rate it as "disgusting". Better than "revolting", but worse than "gross". I'm glad I tried it, though, because now I feel like I really belong here in Montana.