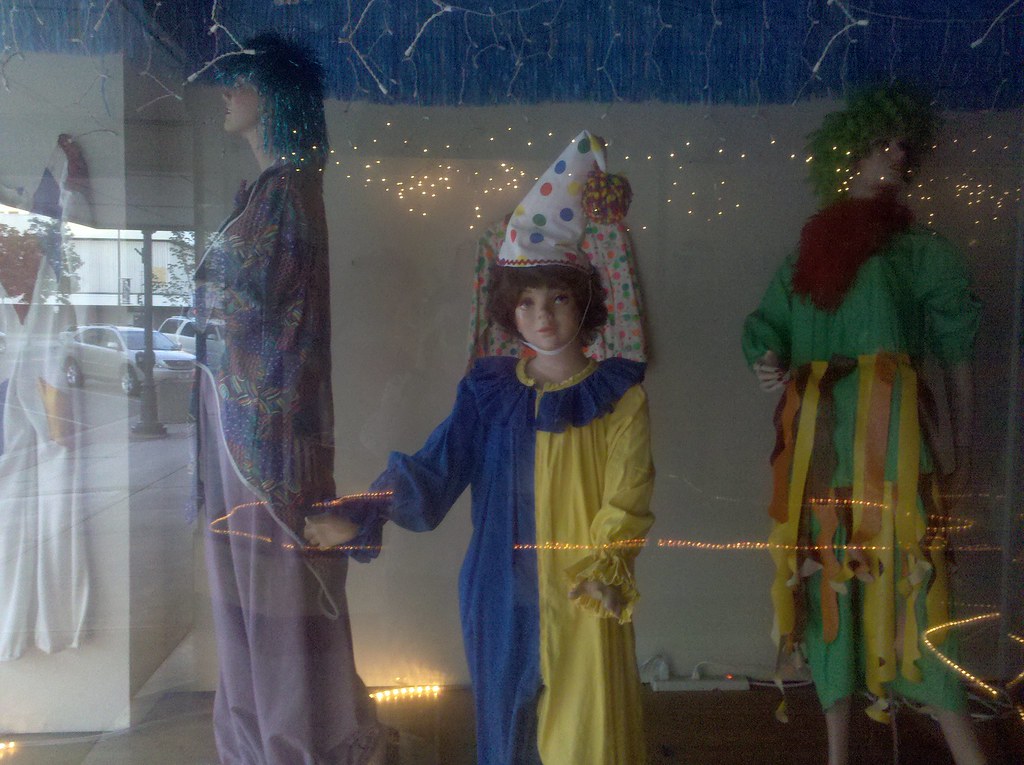 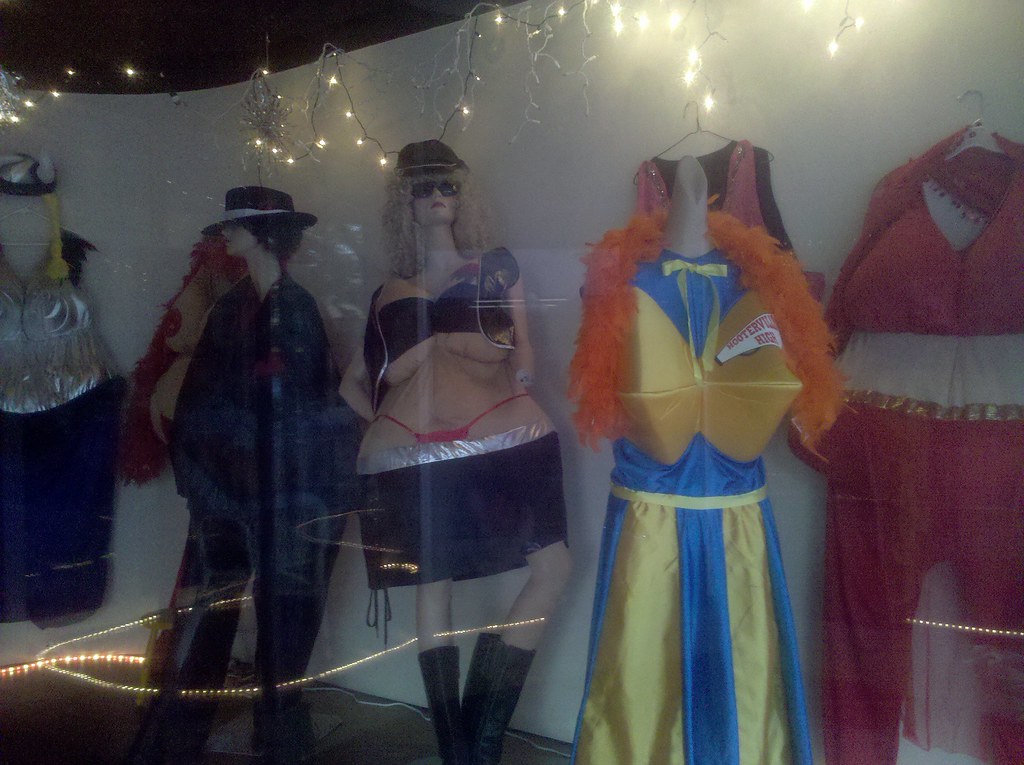 "Hooterville High" is what that says. 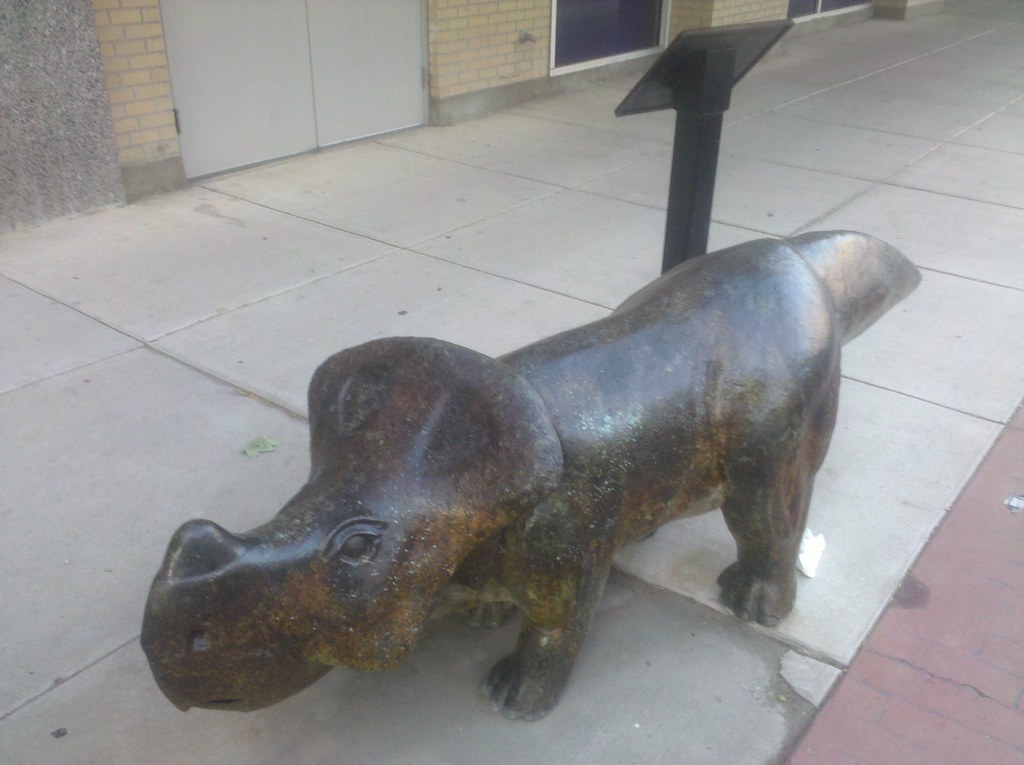 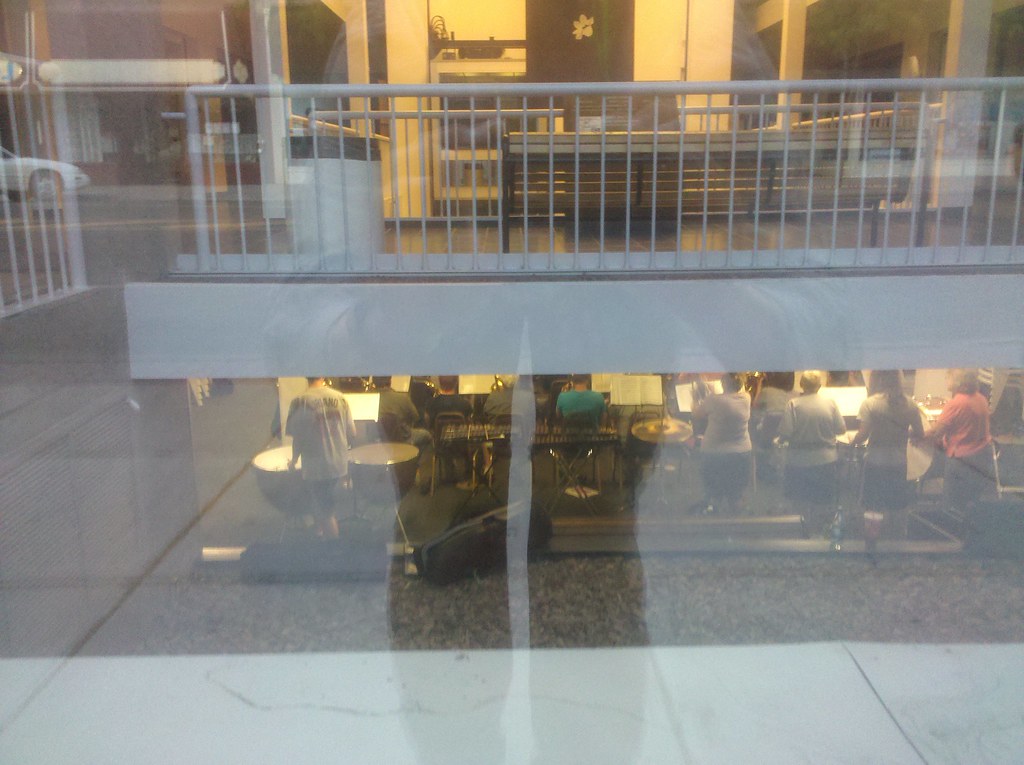 In the lower level of a shopping center 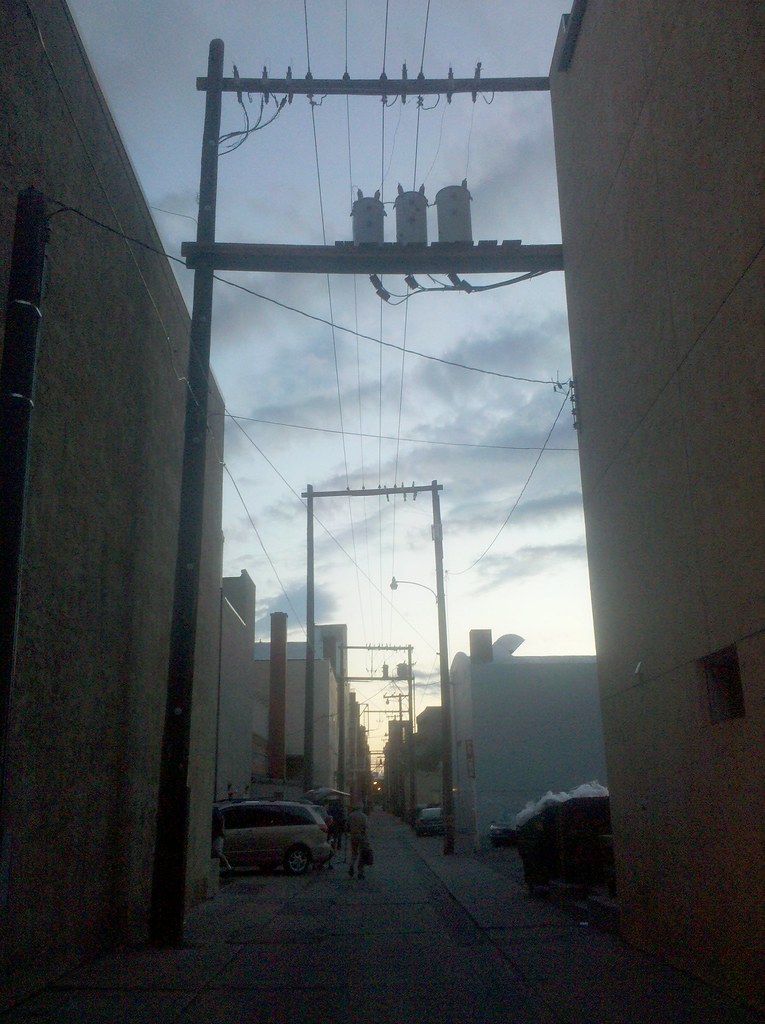 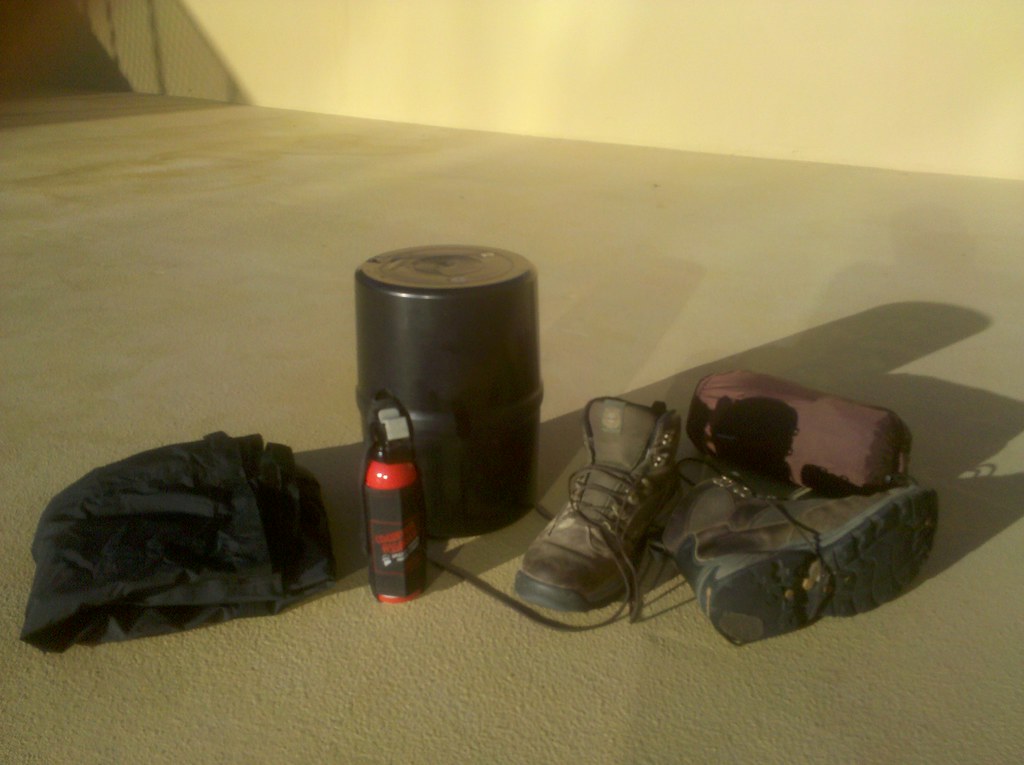 I've picked up a few things since I started my walk:

- New shoes. This is probably what people are most curious about. I started out with a new pair of boots and an older backup pair, as well as a pair of sandals. I had also purchased two other new pairs of boots, and I left them with my parents. My mom brought me one of them when she came to visit in Minneapolis. I put almost 1200 miles on my first pair before switching. My second pair wore out faster, probably because of all the gravel roads I walked in North Dakota. (Roughrider State? More like the Roughroad State!) They lasted about 1000 miles, and were considerably more worn out when I finally ditched them. (They're the pair you see in the picture above.) My mom mailed my final pair to the post office in Great Falls, and they should last me the remainder of the trip. I've probably only put a combined 100-150 miles on the backup pair and sandals, so they still have a fair amount of life left in them as well.

- New rain pants. The pair I started with turned out to be rather leaky, so I bought a new pair in Chicago.

- New inflatable sleeping pad. My first one sprung a leak I couldn't patch, so my parents sent me a new one (actually my dad's slightly used one) in Jamestown.

- Bear spray. It's basically a highly concentrated pepper spray. I picked up a canister in Minneapolis. Hopefully I won't need it, but I wanted to be prepared.

- Bear-proof food container. I ordered this and had it shipped to Jamestown. It's useful for keeping animals of all types out of my food.

- Oh, and one thing I forgot to photograph. Back in NJ, Raul at the hardware store in Boonton gave me a toilet plunger handle to fend off stray dogs. I've only had to use it to look threatening; that aggressive stance has proven effective at keeping all would-be biters at bay. 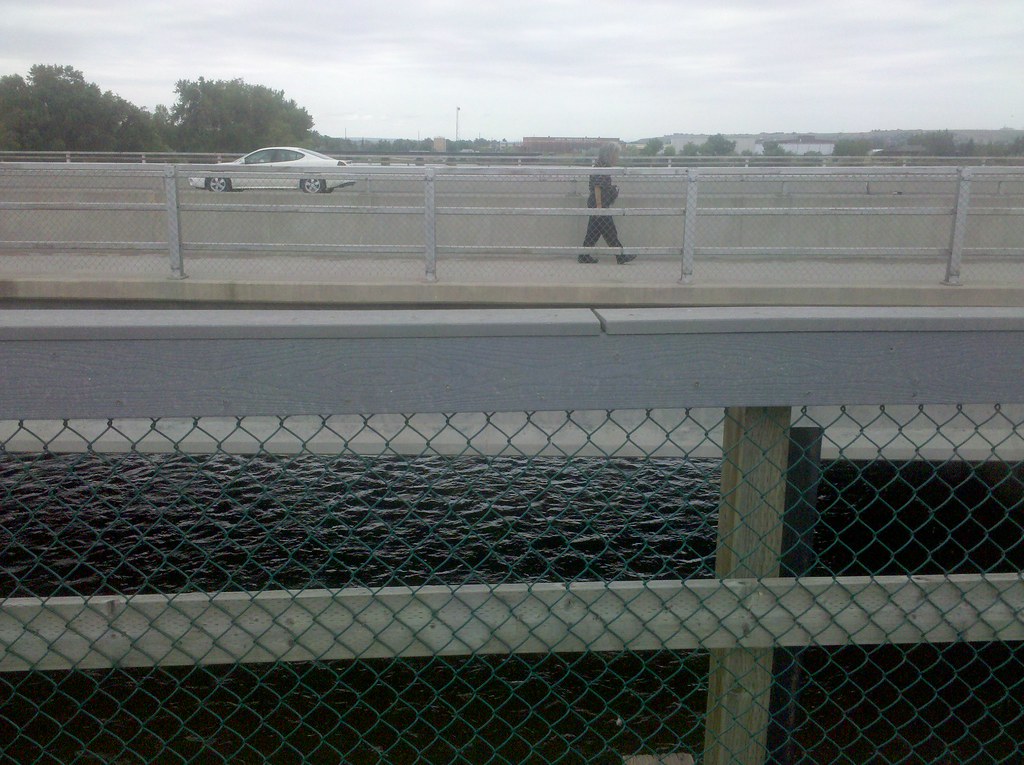 And I’ll buy you an ice cream cone, too! 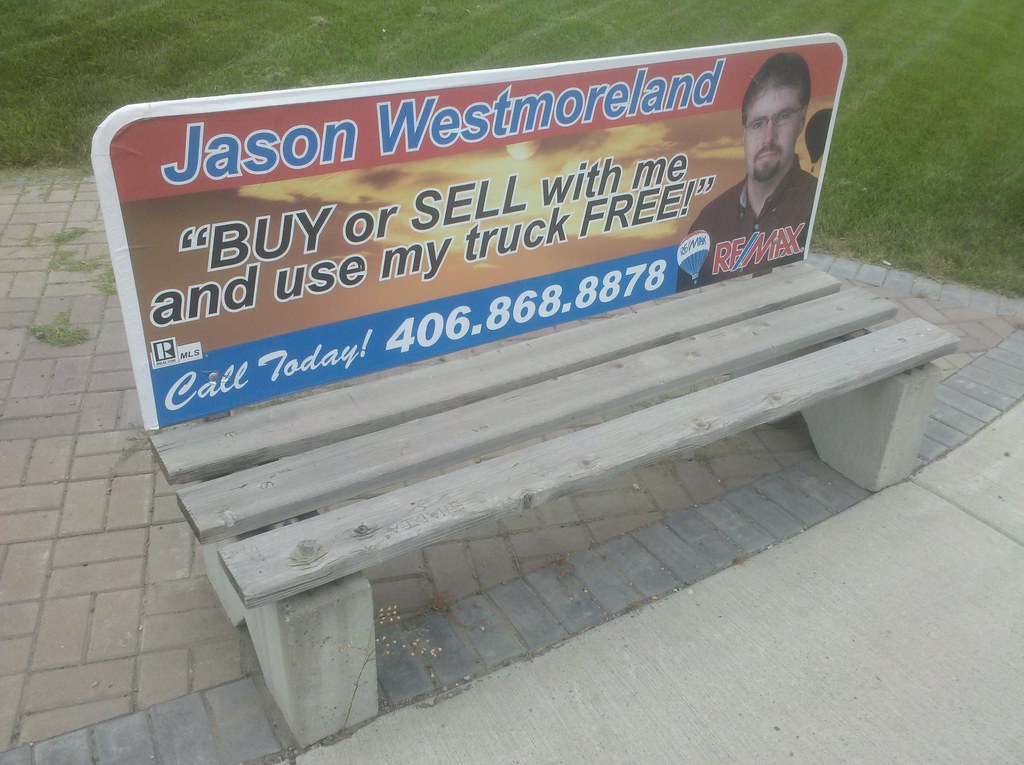 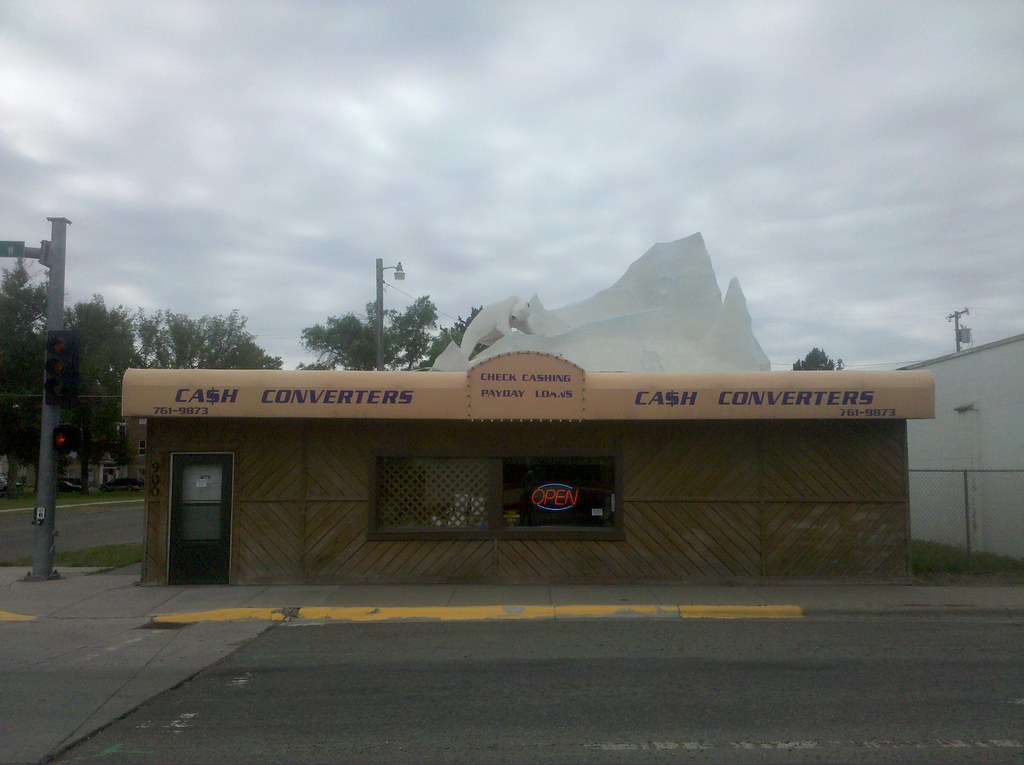 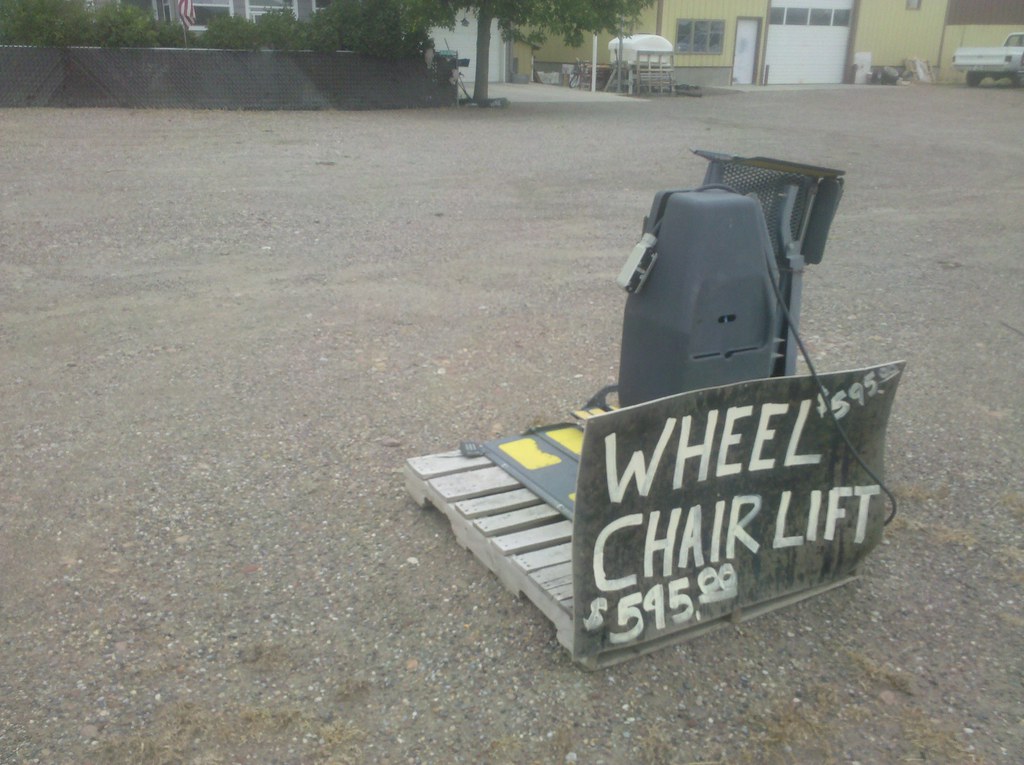 Here’s how this happened 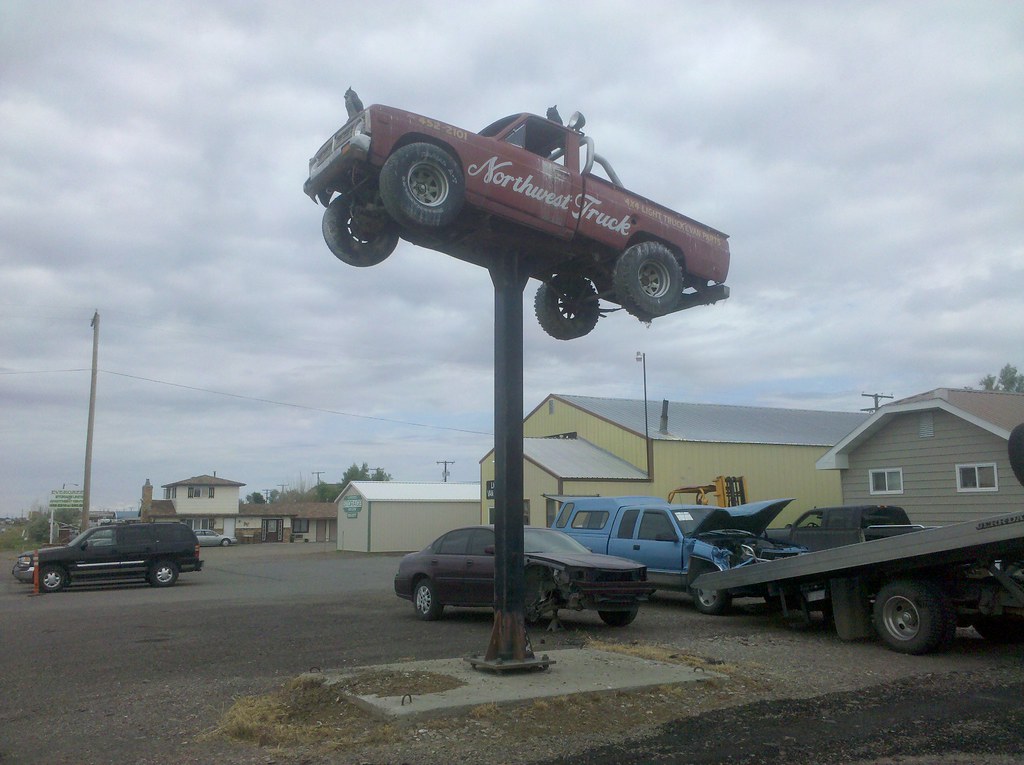 Rick: How we gonna advertise this place?

Carl: Truck on a pole.

Rick: Obviously. But how we gonna make our truck stick out? 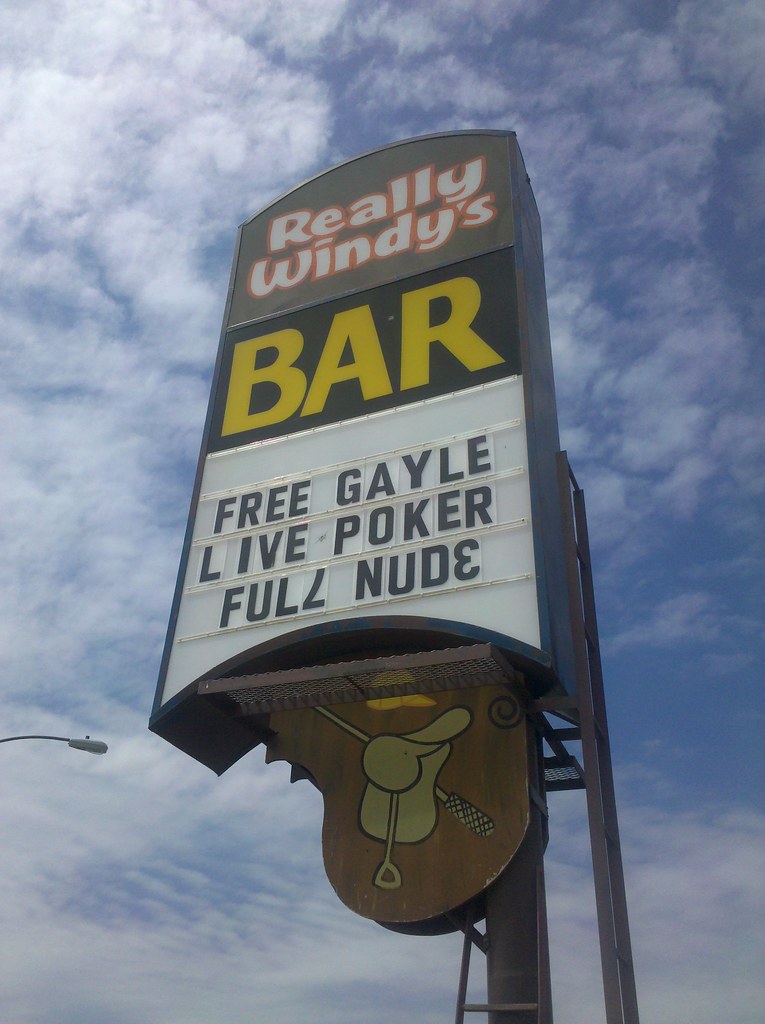 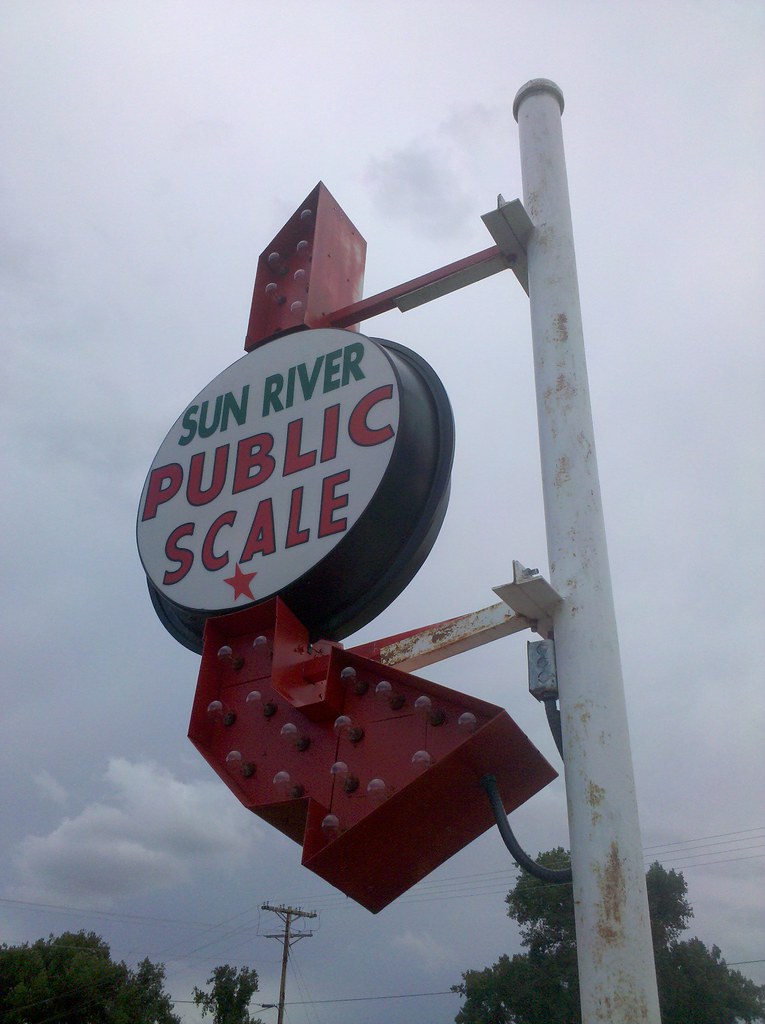 People often ask me how much my cart weighs fully loaded, but I don't know. I've never had a good opportunity to weigh it. I thought today might be my lucky day, but the cart (plus me standing next to it) was too light to register on this truck scale. 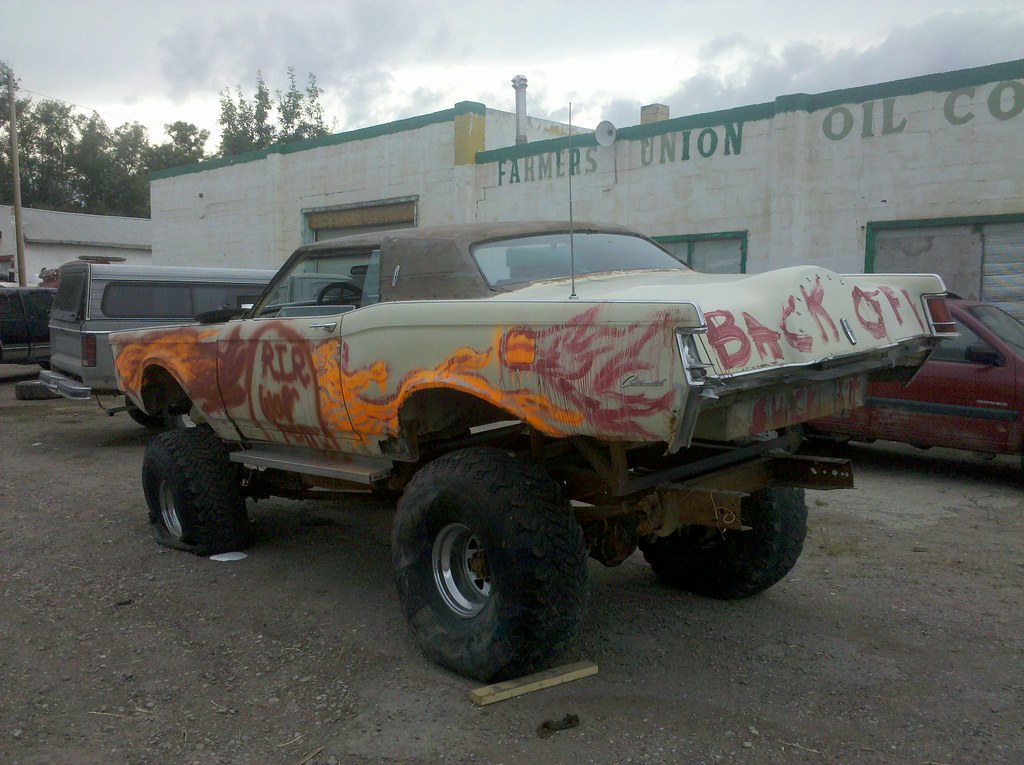 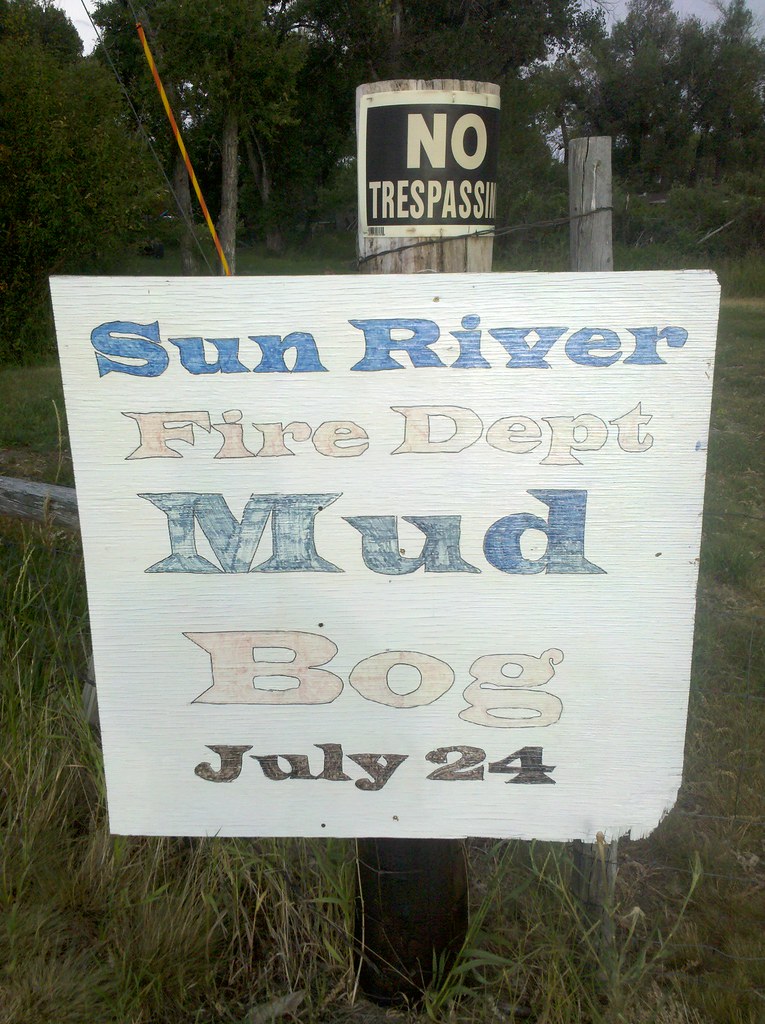 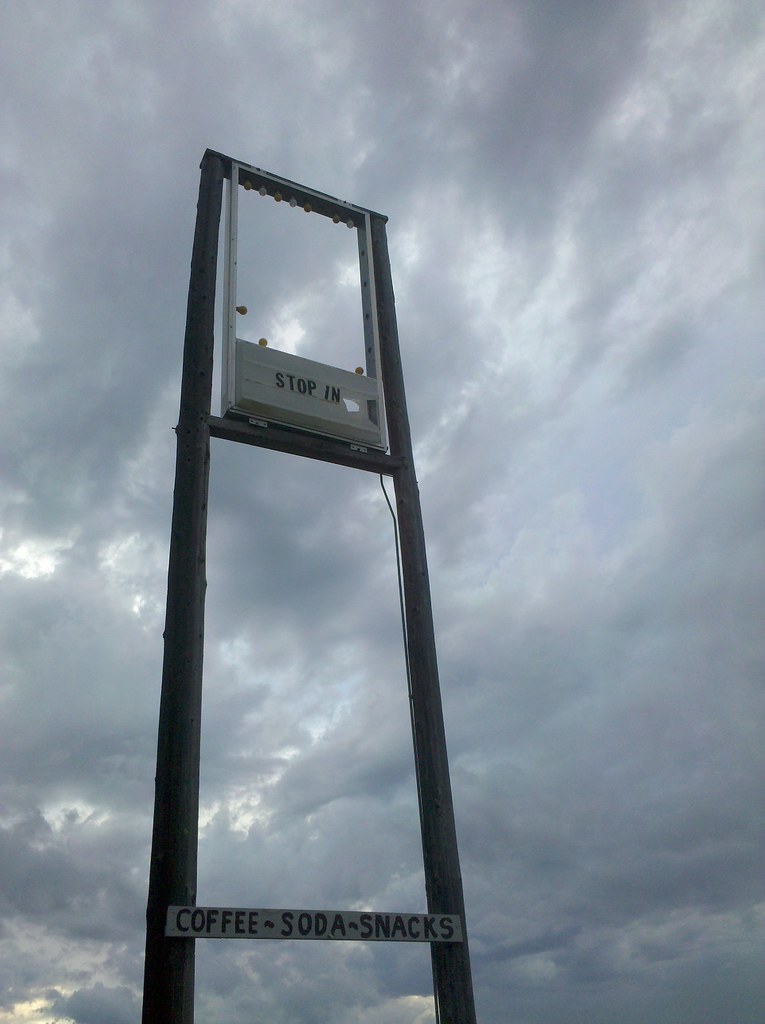