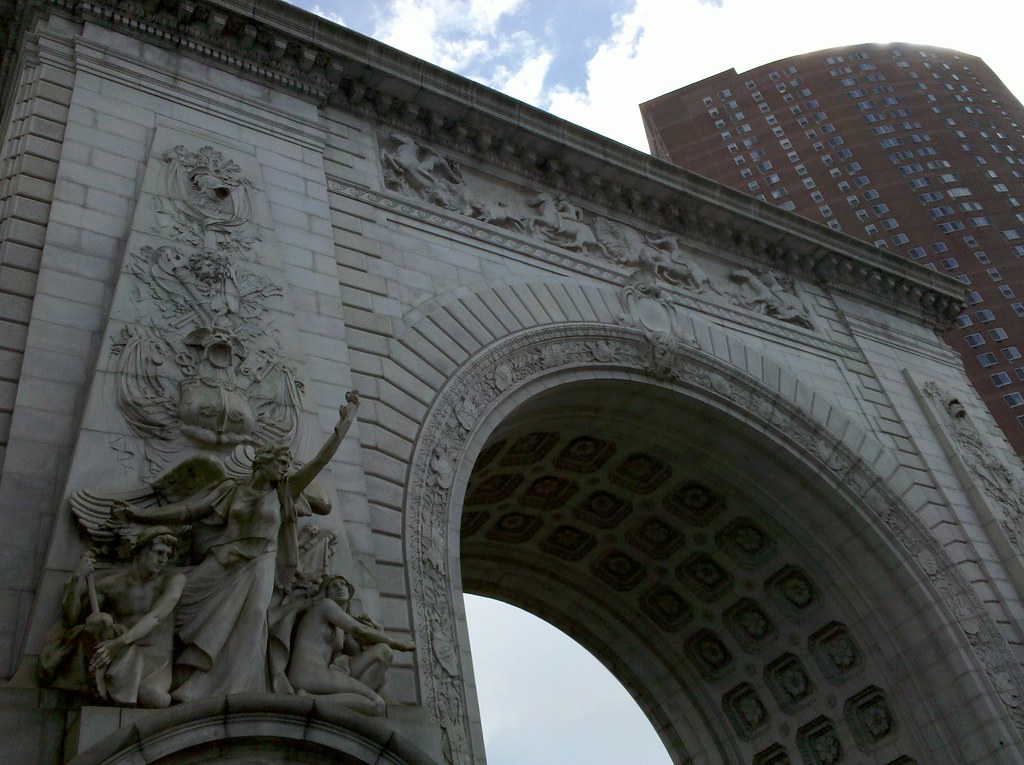 The inspiration for this sculpture, like so many others in Manhattan, was Audrey Munson. Her tremendous success as an artists' model led to a brief film career, including a starring role in Inspiration, in which she became the first woman to appear fully nude in a non-pornographic American film. She also penned around 20 articles pondering the fleeting nature of human beauty and questioning its sometimes troubling role in our society. After reaching the heights of fame and celebrity, she eventually succumbed to mental illness, spending the last 65 years of her life in a psychiatric hospital.