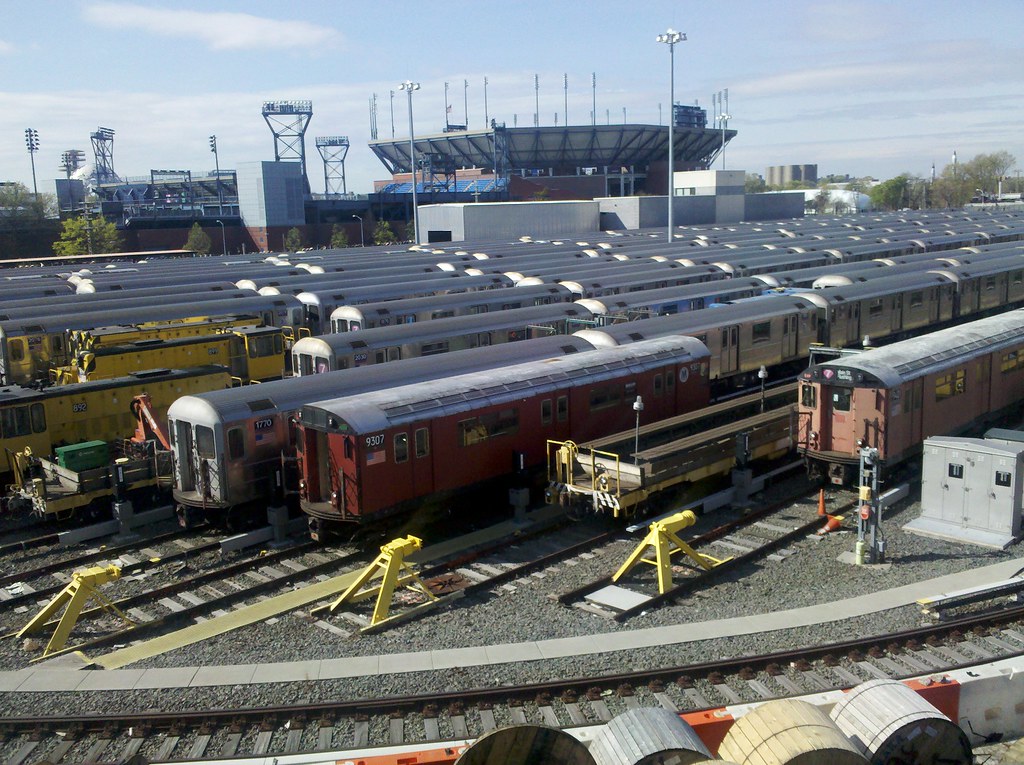 This subway yard in Flushing Meadows-Corona Park is the home of the 7 train. Along with the modern passenger cars and assorted work cars, you can always find some old Redbirds parked here. There aren't many of them left, however: the defunct Redbirds have become a hot commodity in their obsolescence, hungrily snatched up by various Atlantic states to be sunk in the ocean and used as artificial reefs. (Other, newer types of subway cars have not fared so well in this role.)

Visible in the background of this shot is the USTA National Tennis Center, where the US Open has been played every year since 1978. Arthur Ashe Stadium, in the center of the image, is the largest tennis stadium in the world.