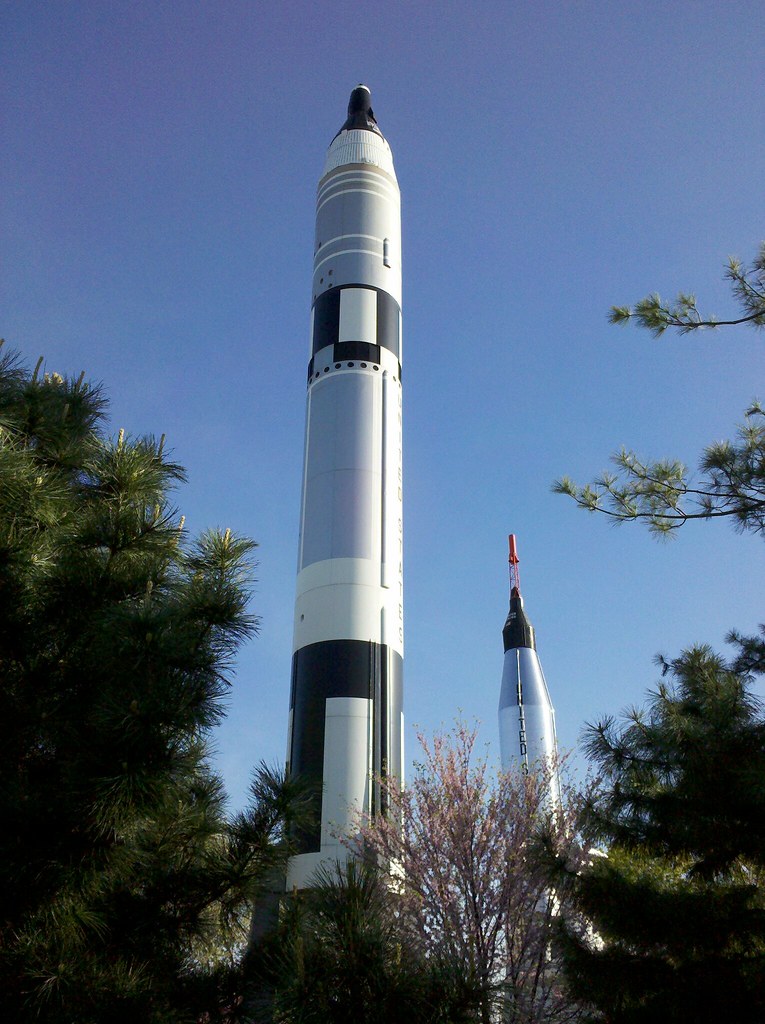 These rockets (Titan on the left, Atlas on the right), built for the Air Force and later acquired by NASA, were once part of the US Space Park at the 1964 World's Fair, and are now on display outside the New York Hall of Science in Flushing Meadows. After being shipped to Ohio for refurbishment in 2001, they made their return to Queens, strapped to flatbed trucks, in 2003. On their journey across Manhattan and Brooklyn, some passing motorists and pedestrians confused them for nuclear missiles to be used in the war against Iraq.