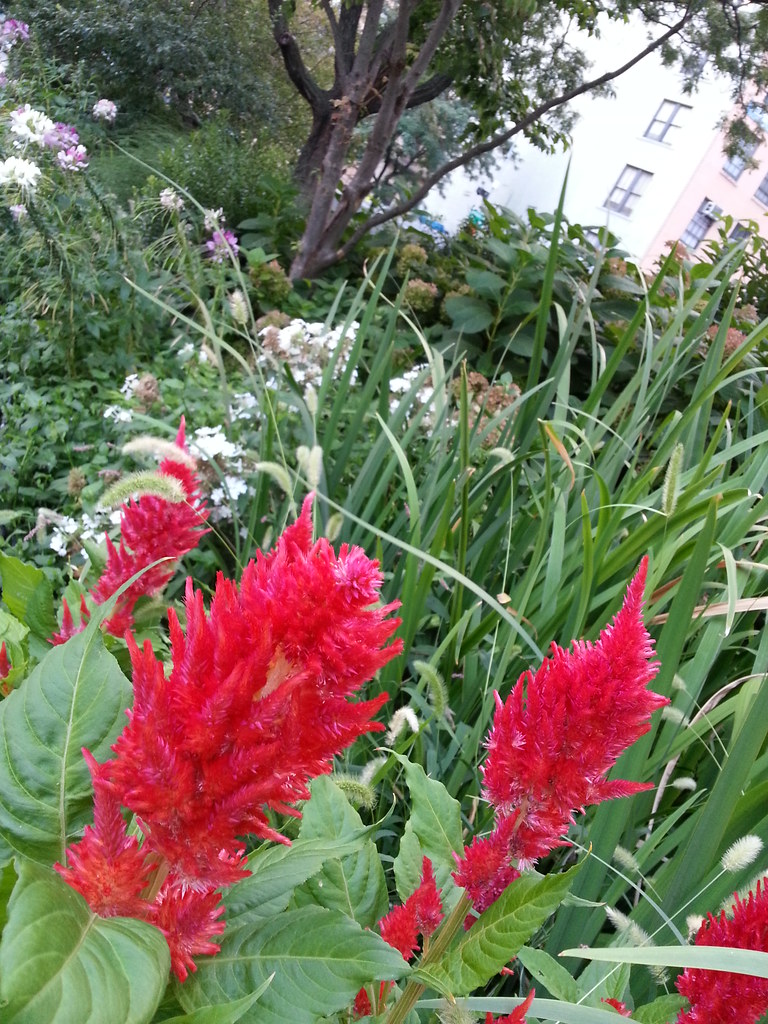 Plumed celosia blooms in the foreground at this little park named for Philip Schuyler Finn, son of the beloved "Battery Dan" Finn. On a nearby sign, the Parks Department relates some colorful tales from the life of Finn the Elder:

He became a city magistrate and police judge in 1904, dispensing advice rather than harsh sentences. Admonitions like "Don’t try to compel a girl to love you if she prefers someone else. Get another to take her place," to two youths fighting over a girl, or "Don’t wreck or sell your body and soul for diamonds and automobiles," to a prostitute endeared him to New Yorkers across the city. No incident caused more amusement than Finn’s encounter with three bulldogs on his way to a court session in the Bronx. Under attack, he climbed a lamppost and yelled for help. Local papers carried the story and New York loved it.

The NY Times's obituary for Battery Dan contains an expanded version of the don't-fight-over-a-girl advice:

"You are both as foolish as the fellows who years ago fought over a girl named Helen of Troy. The one who got her had nothing but trouble. Don’t try to compel a girl to love you if she prefers some one else. Get another to take her place."