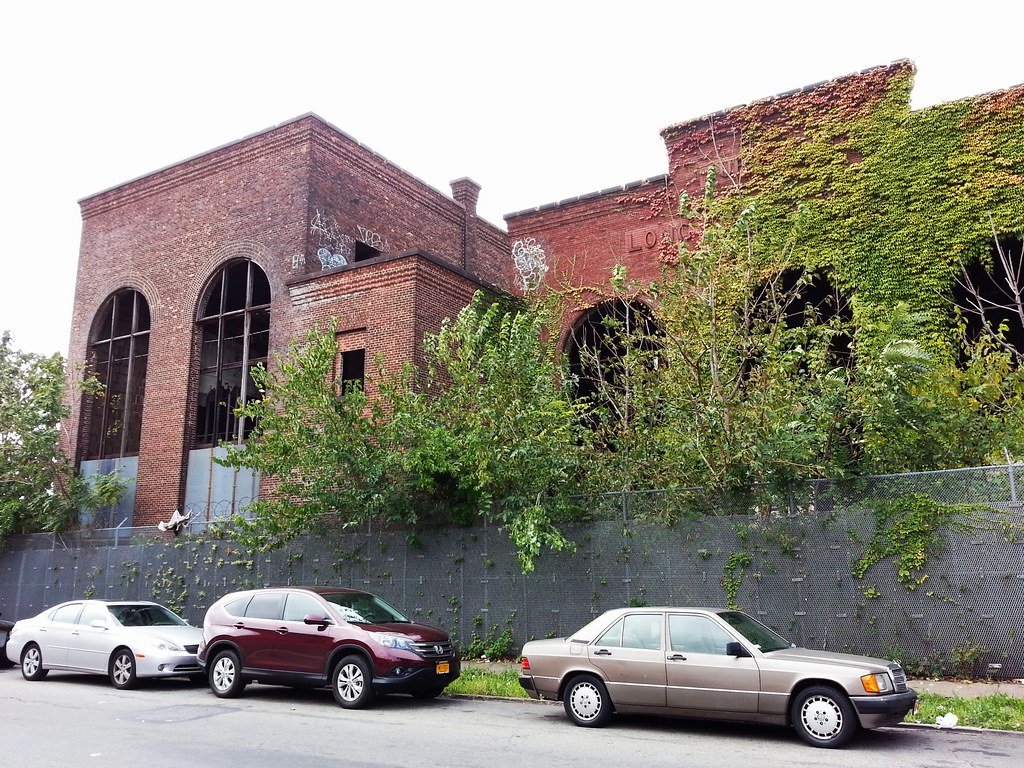 Here in East New York stands one of the five original substations built by the Long Island Rail Road around 1905 when it first began electrifying its tracks. Now abandoned, the substation will start to reveal its true identity to passersby a little later in the year. 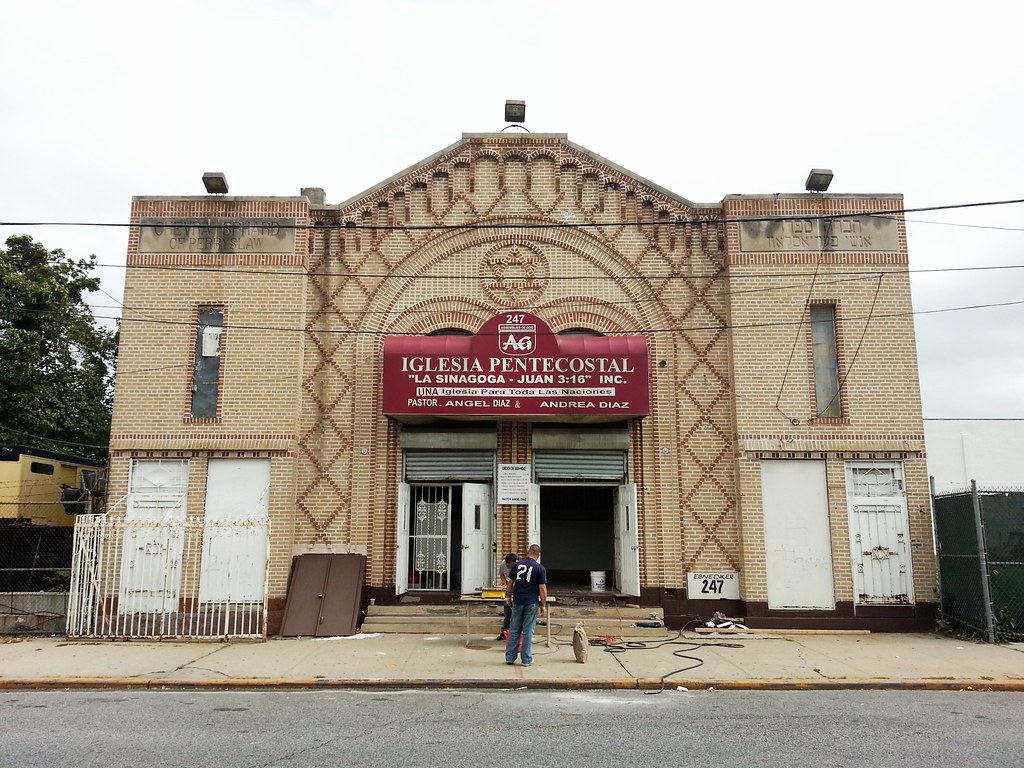 George Gershwin was born in a house that once stood across the street from this synagogue turned church. 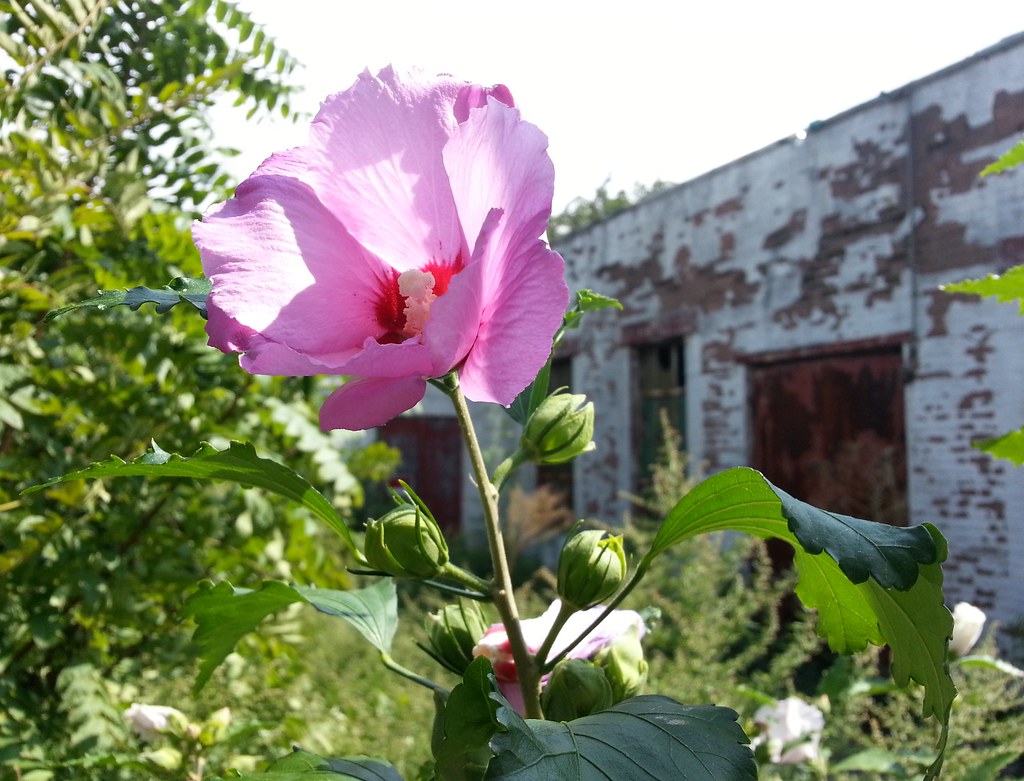 She looked up and across the barn, and her lips came together and smiled mysteriously. 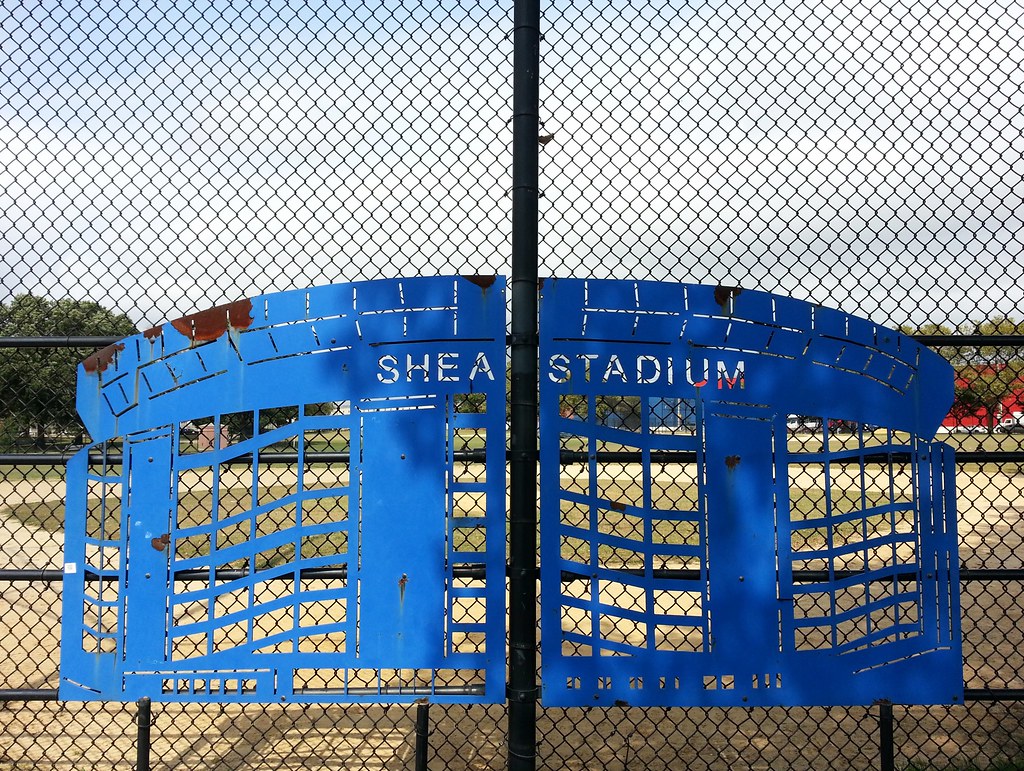 Looks better than the real one (now a parking lot for Citi Field).

The two adjacent ball fields here at Breukelen Playground are also named for demolished stadiums: Yankee Stadium (the old one) and Ebbets Field. 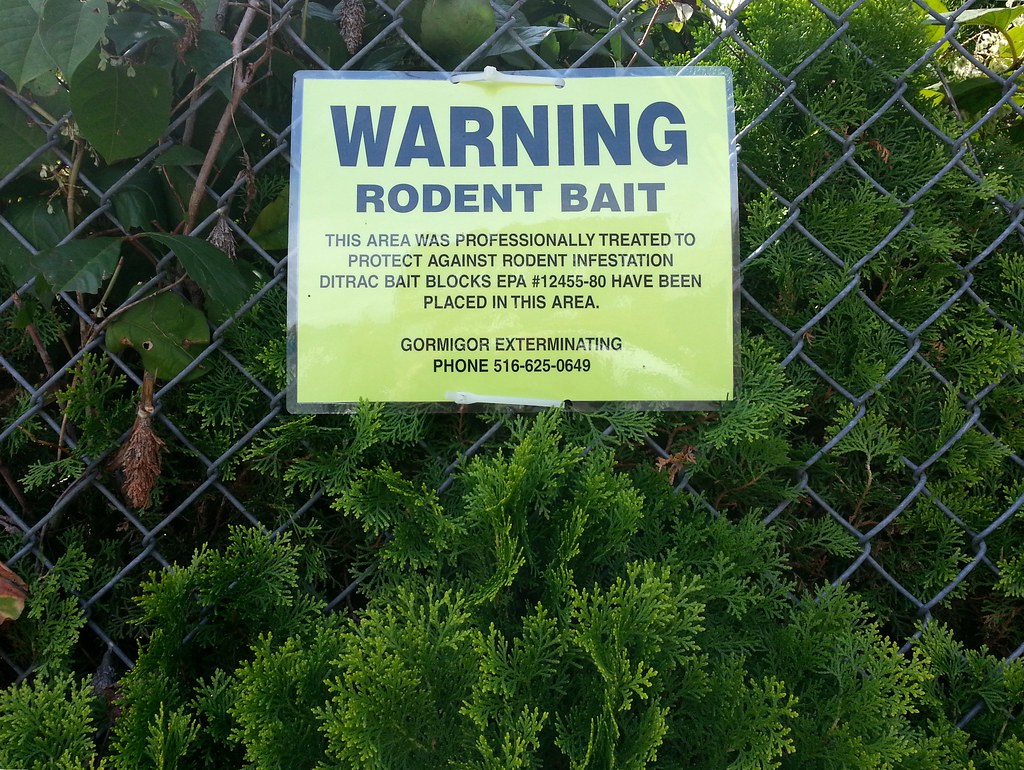 you pretty much have no choice but to become an exterminator. 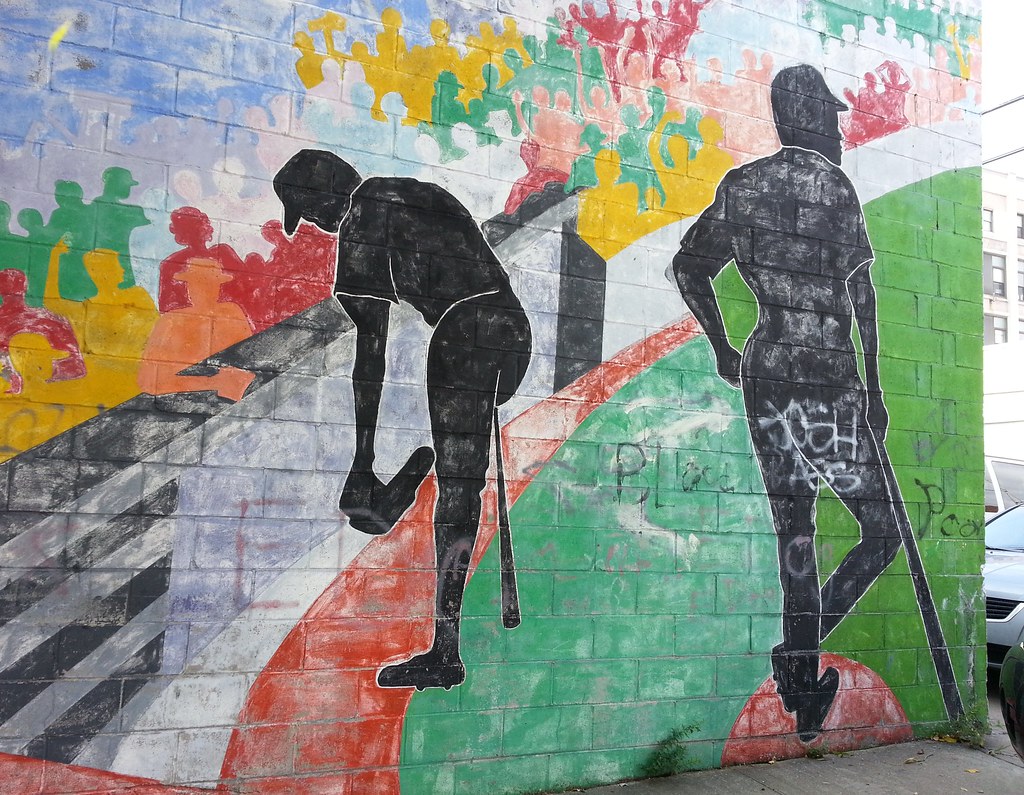 This 24-year-old mural once wrapped around the corner of this building in East New York, but most of it has now been painted over. I believe that's Jackie Robinson's silhouette on deck; the artist apparently included all of her favorite players somewhere in the scene.

Just a few blocks away from this spot, on the Brownsville side of the train tracks, once stood Eastern Park, the home of Brooklyn's National League ball club for several seasons in the 1890s. In fact, it was supposedly at this park that the team acquired the original version of the name by which it is still known in its current, distant home of Los Angeles. A number of surface rail lines ran through the area in those days, and so a walk to the ball park could require a fair amount of maneuvering on the part of the pedestrian to avoid being hit. Hence the club's new nickname: the Trolley Dodgers.*

After seven years of low attendance and mediocre baseball, the Dodgers left Brownsville and returned to their old stomping grounds in South Brooklyn, where they built the second Washington Park (whose sort-of-not-really remains we saw back in April), catty-corner to the site of their former home of the same name.

* Some sources claim that "Trolley Dodgers" referred more generally to Brooklyn's late-19th-century profusion of street car lines, rather than the specific lines that ran past Eastern Park. 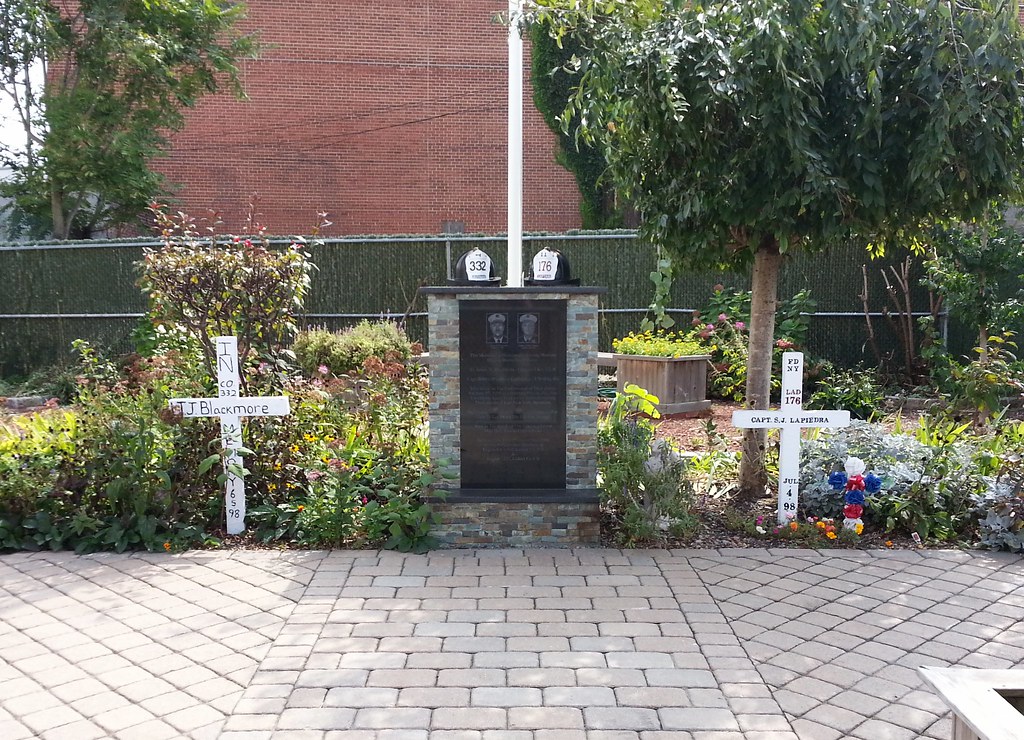 On June 5, 1998, two firefighters lost their lives in a five-alarm blaze that destroyed the four wood-frame houses that once stood on this site. Lt. James Blackmore was killed and Capt. Scott LaPiedra was fatally wounded when the floor beneath them collapsed after they had rushed into one of the buildings in search of an elderly woman who — unbeknownst to them, obviously — had already escaped by the time they entered. 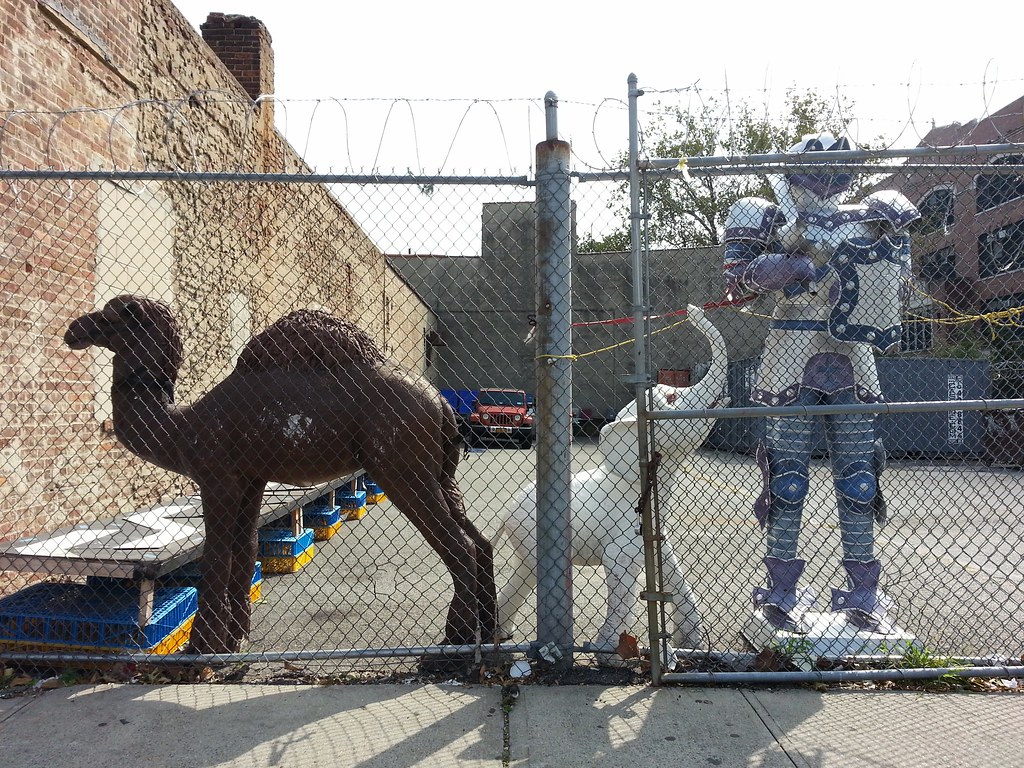 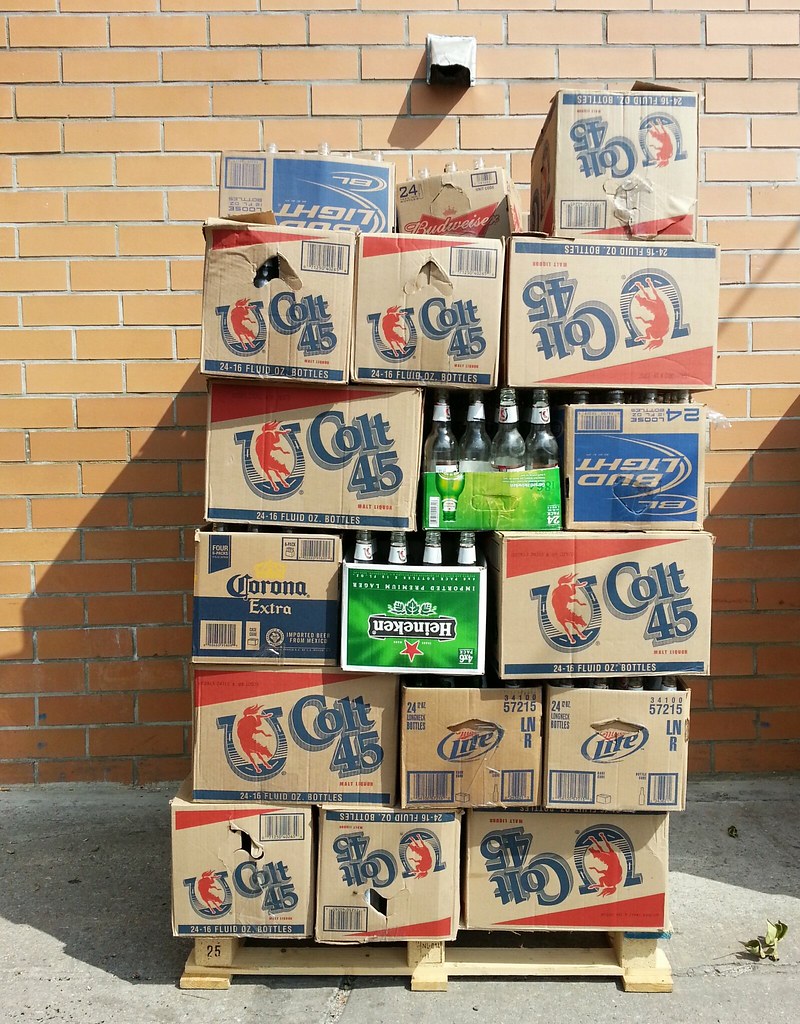 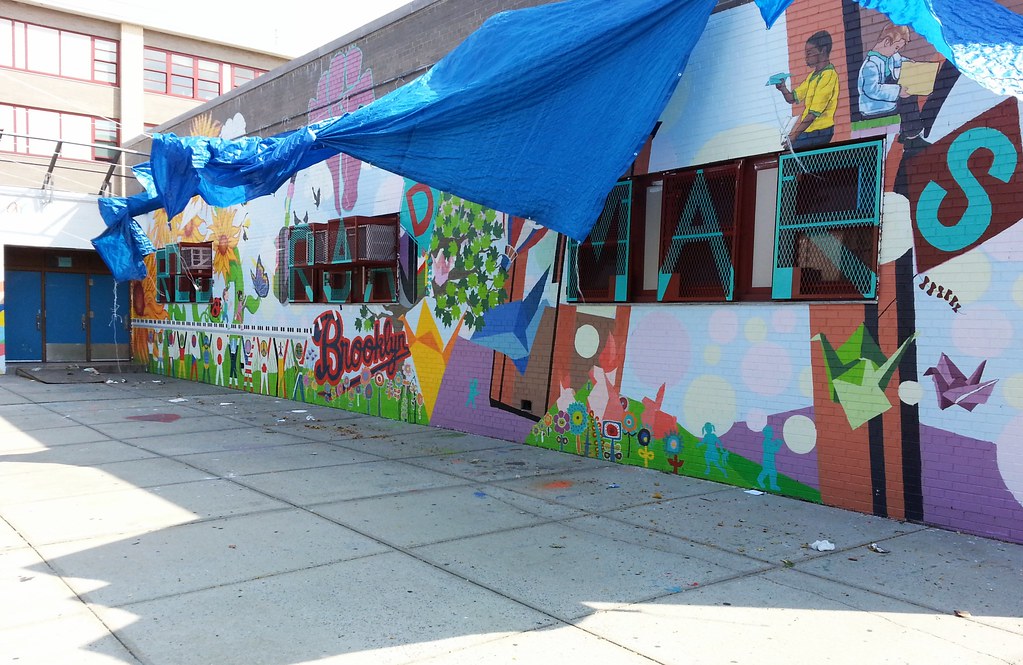 If I had passed by a week and a half earlier, I would have seen Buzz Aldrin at work on this mural! 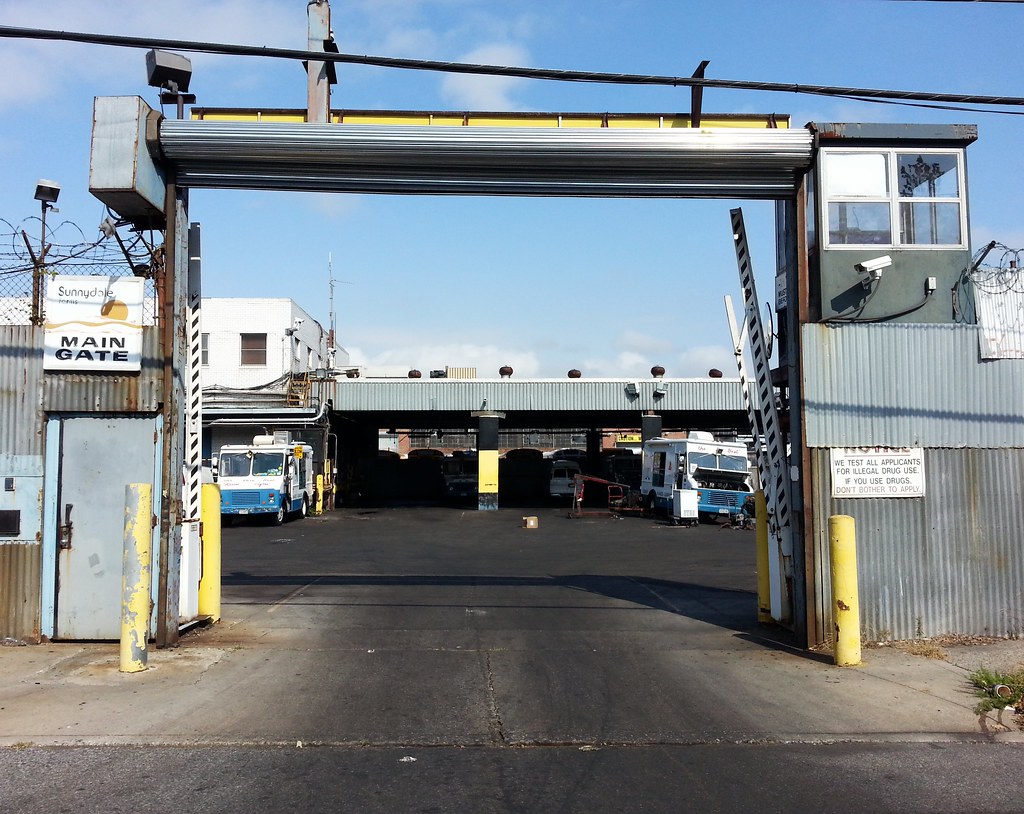 Looks like an undercover Mister Softee operation to me. 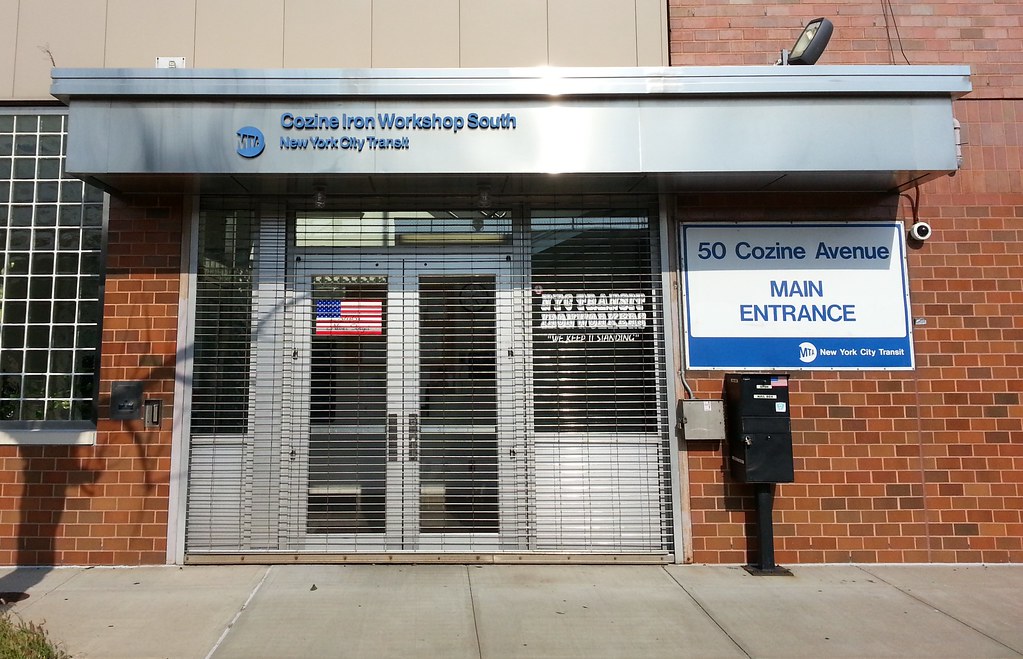 Perhaps the home of these guys? 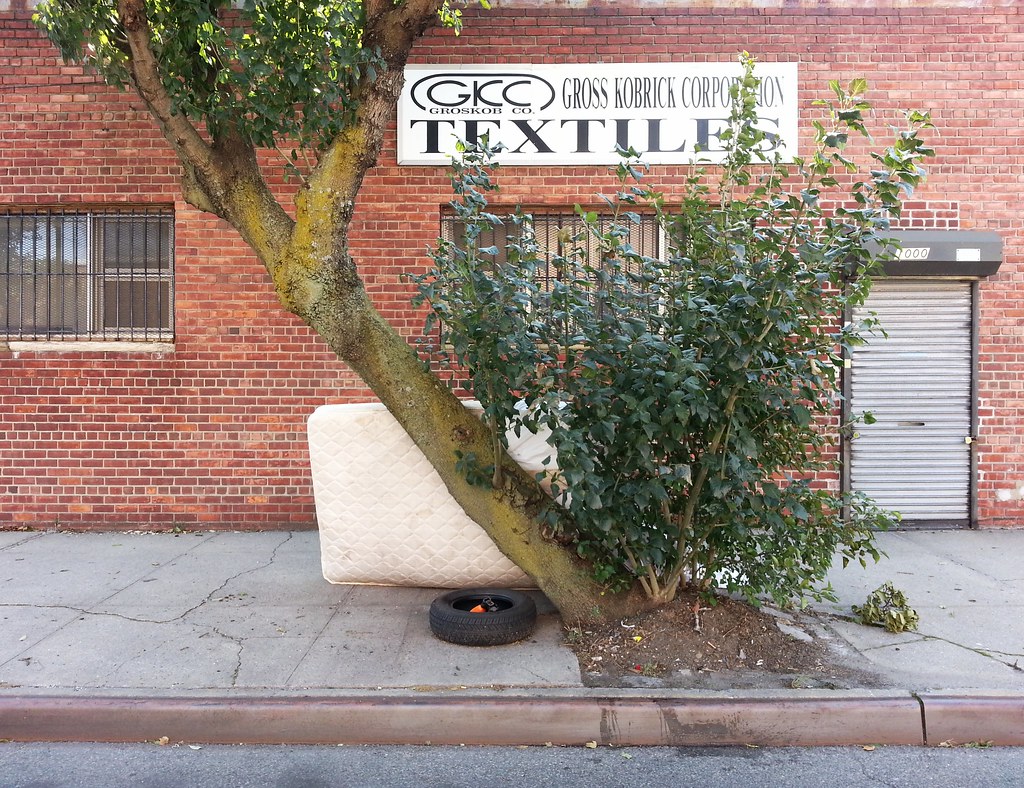 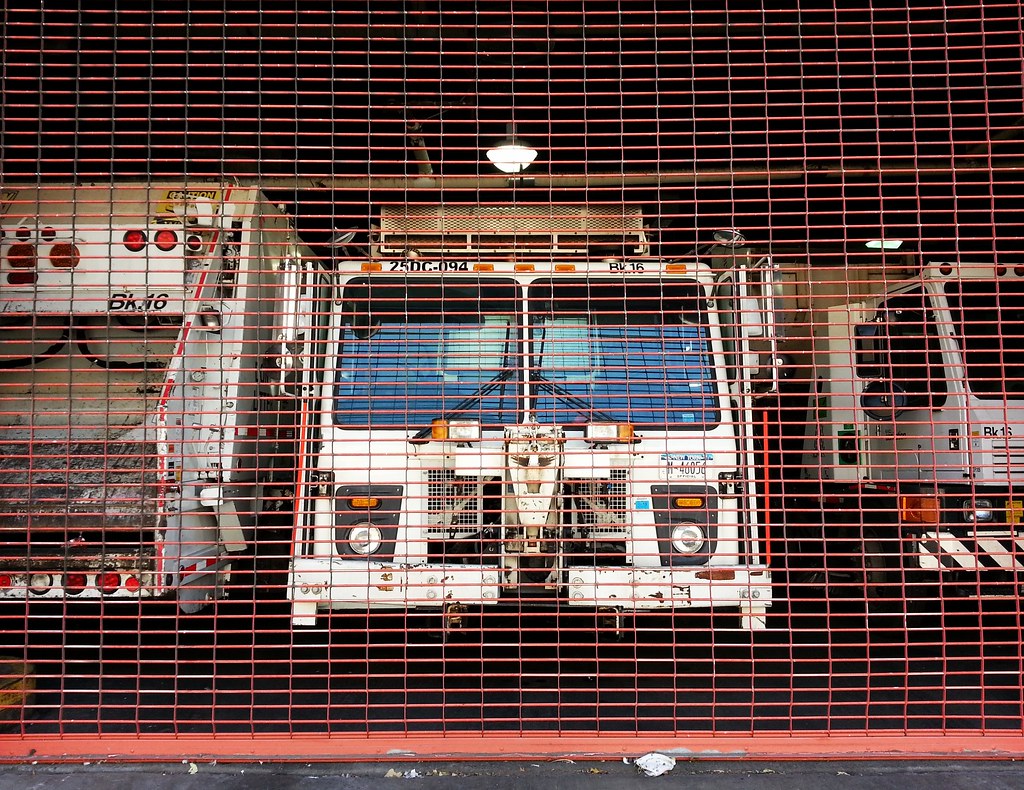 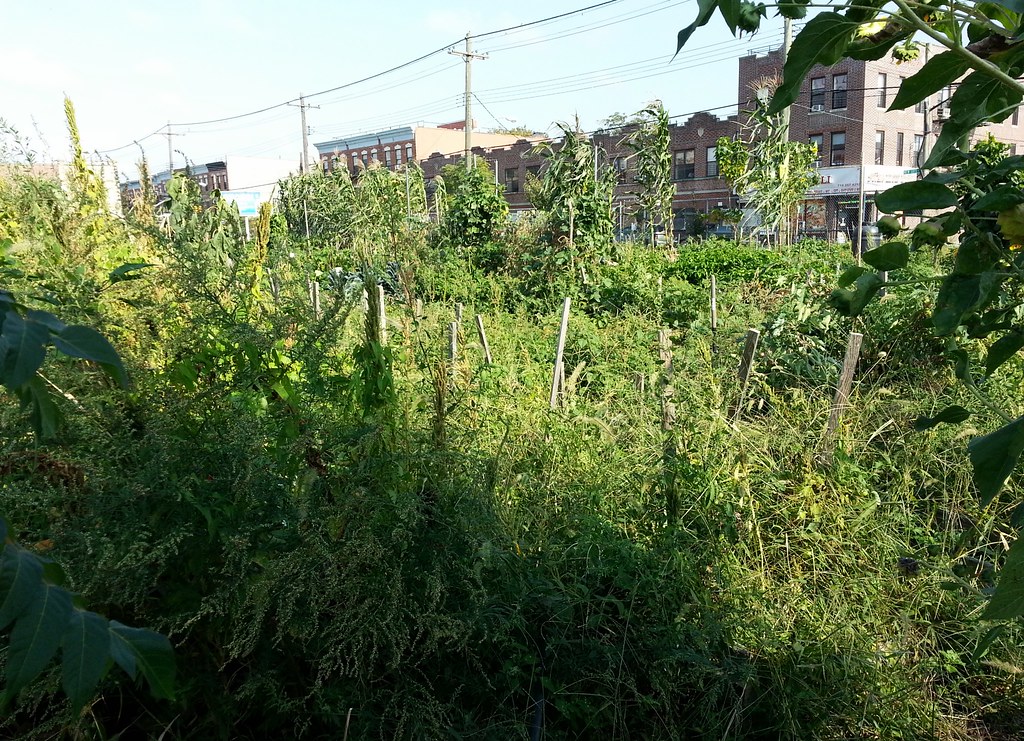 Welded to the curb 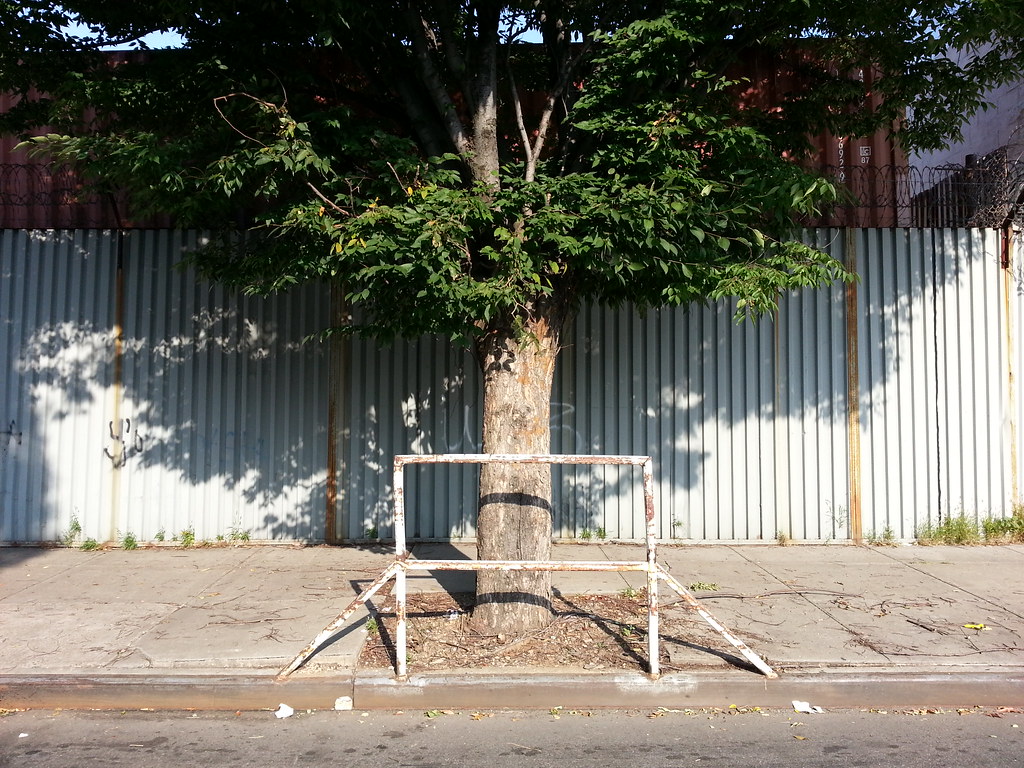 These trees don't mess around, unlike those jokers in Sunnyside. 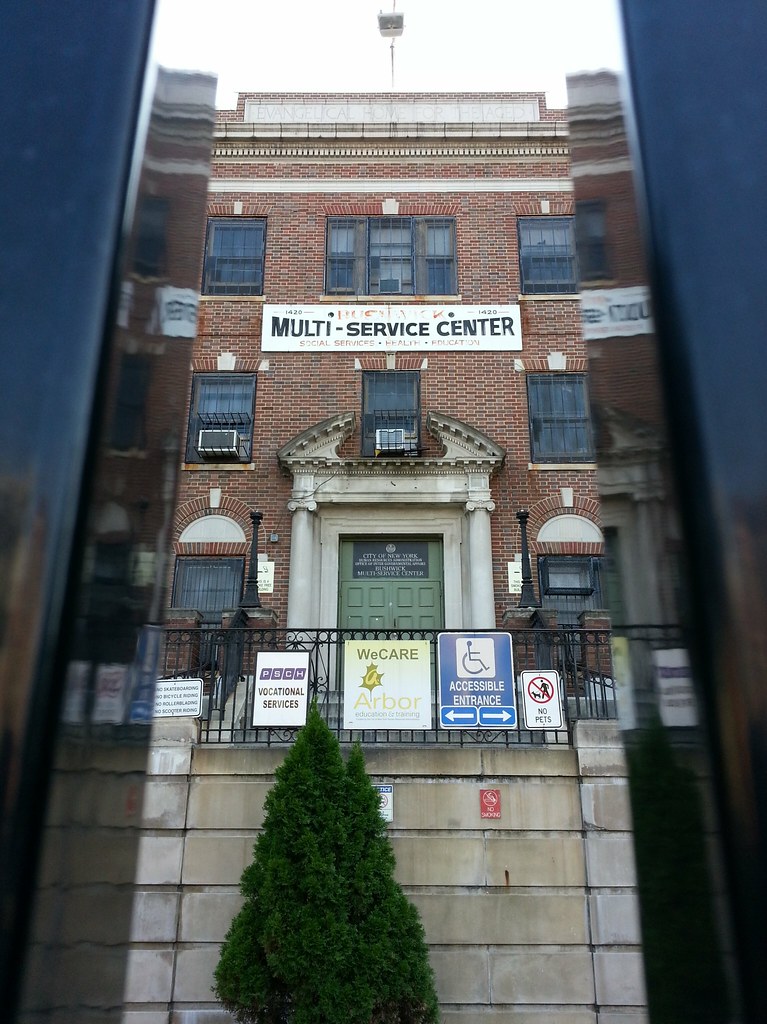 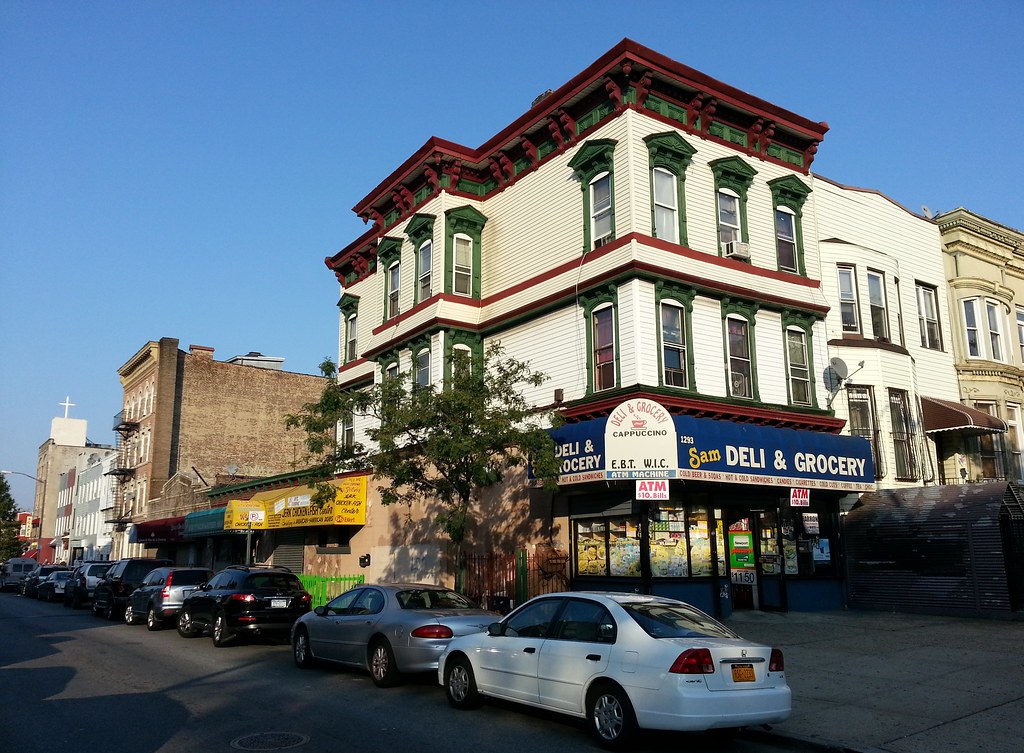 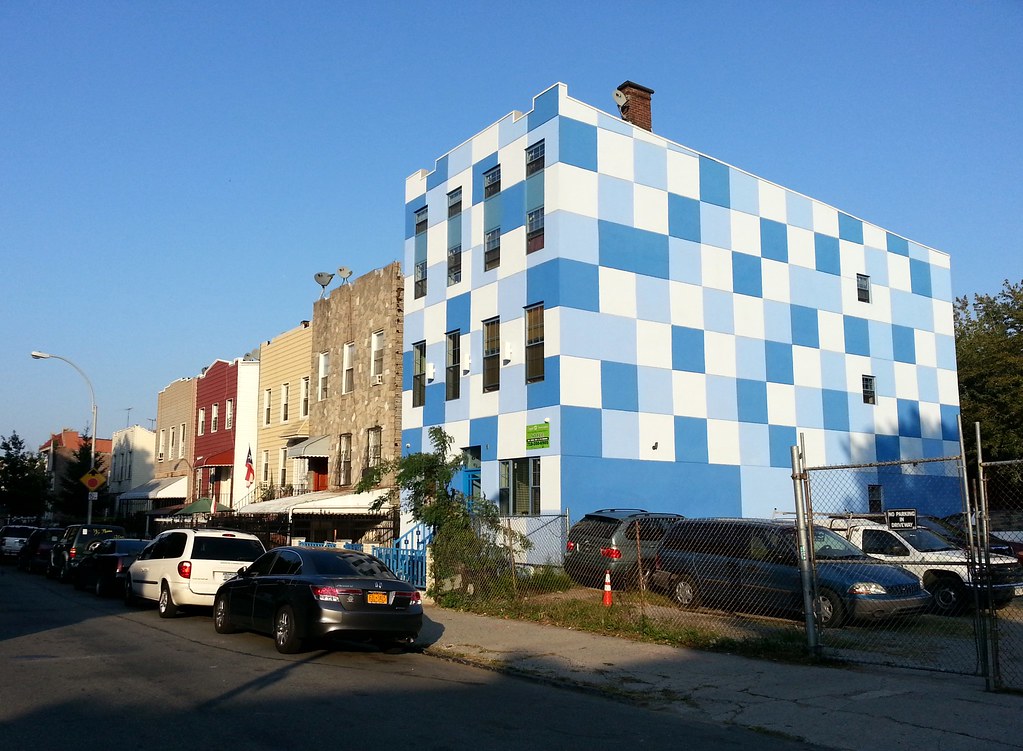 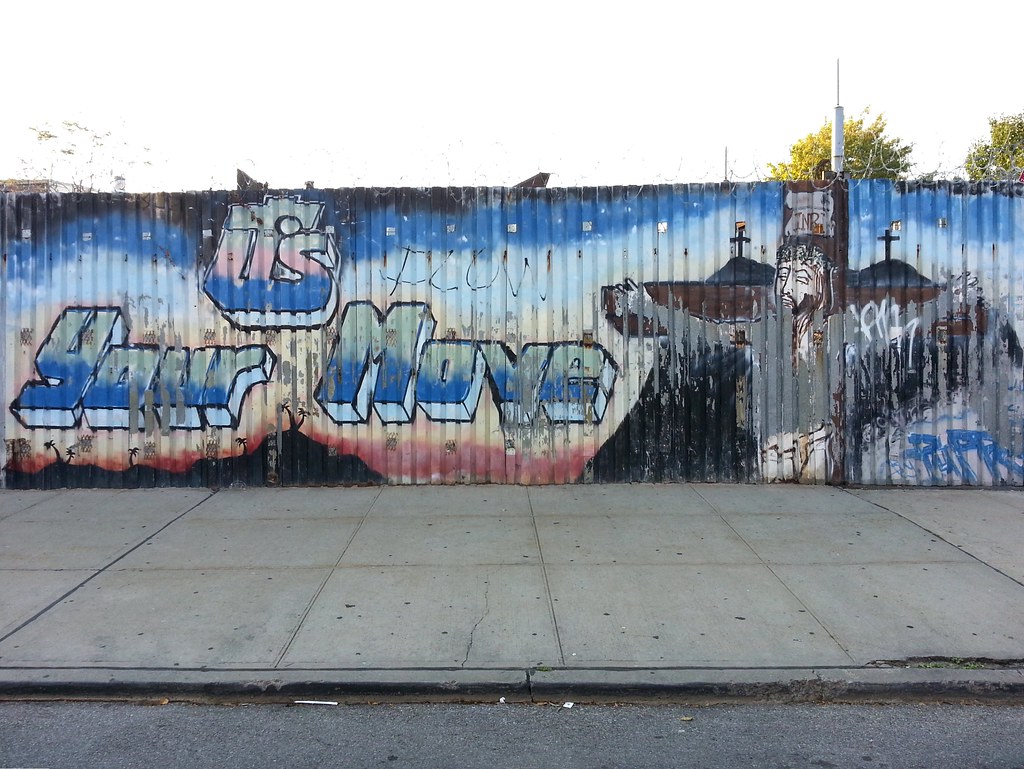 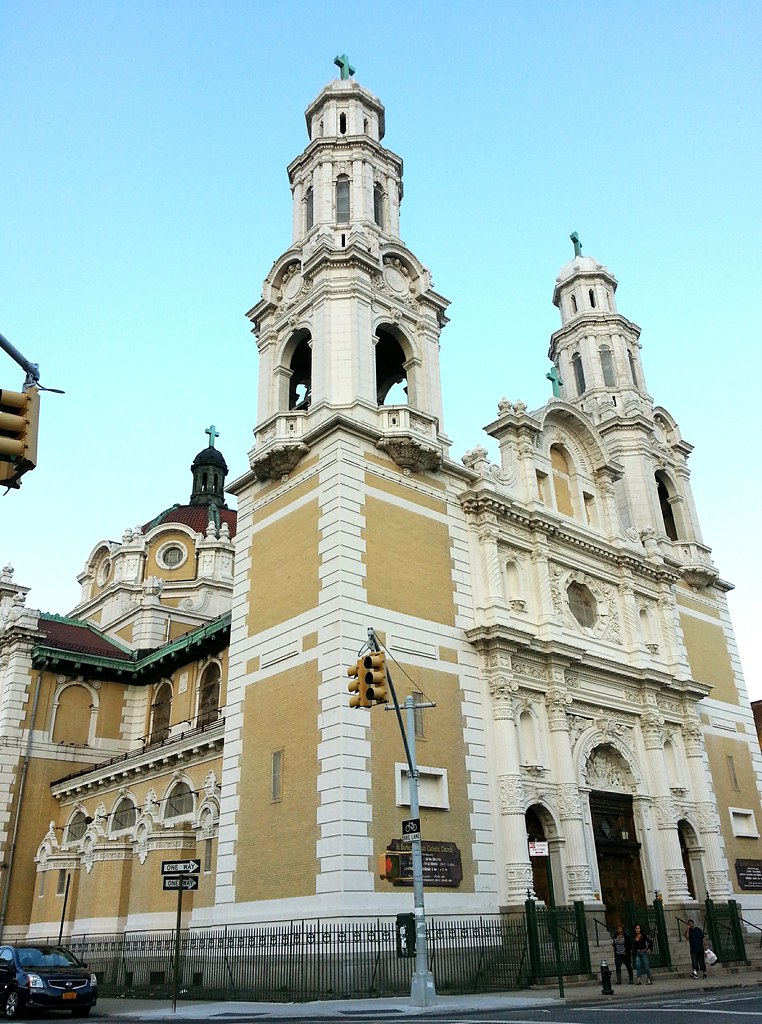 A baroque beauty built by beer 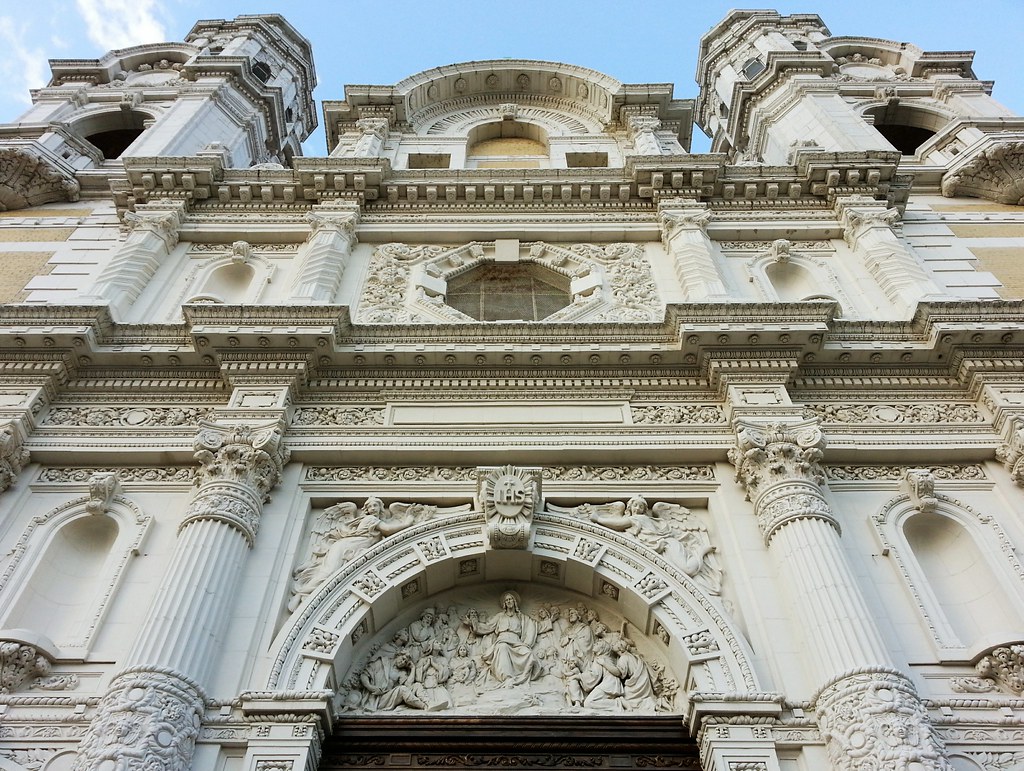 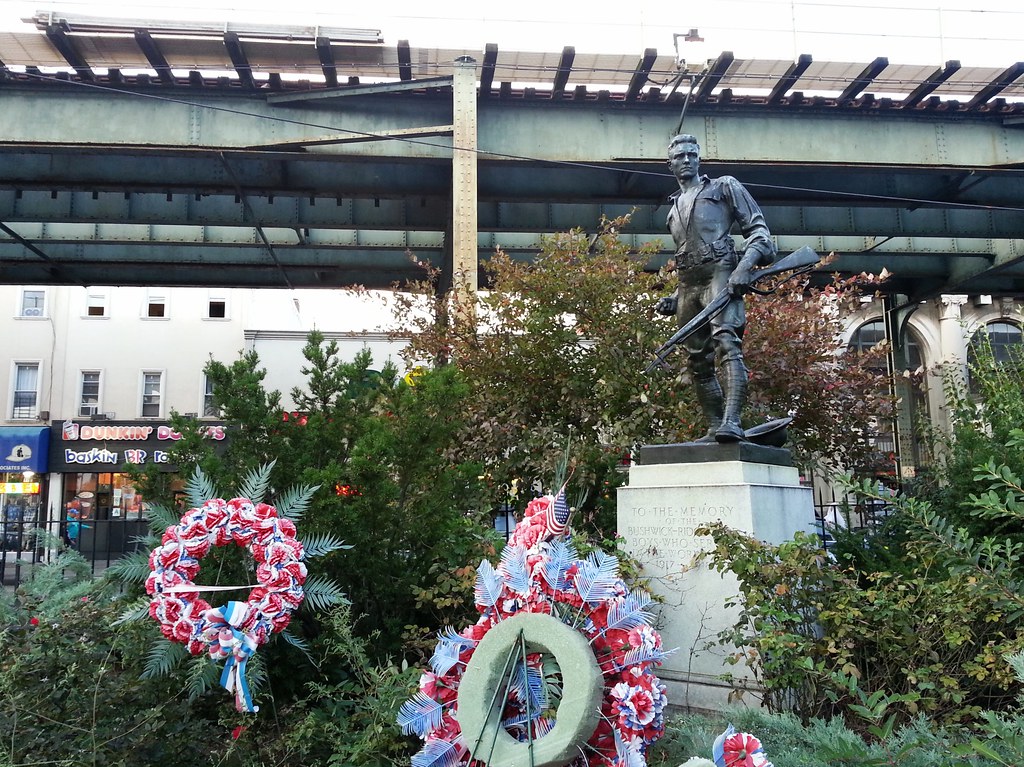 This statue, quite lonely when first unveiled, was fashioned by Pietro Montana, who also sculpted the nearby Victory with Peace. 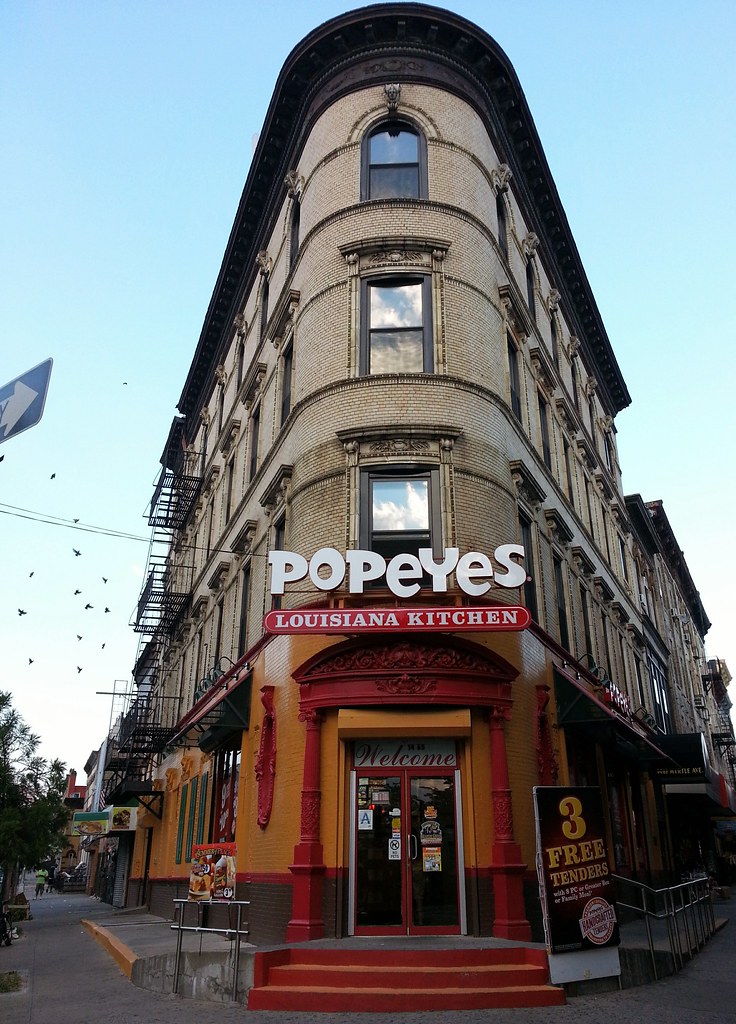 I hope that's not dinner escaping back there. 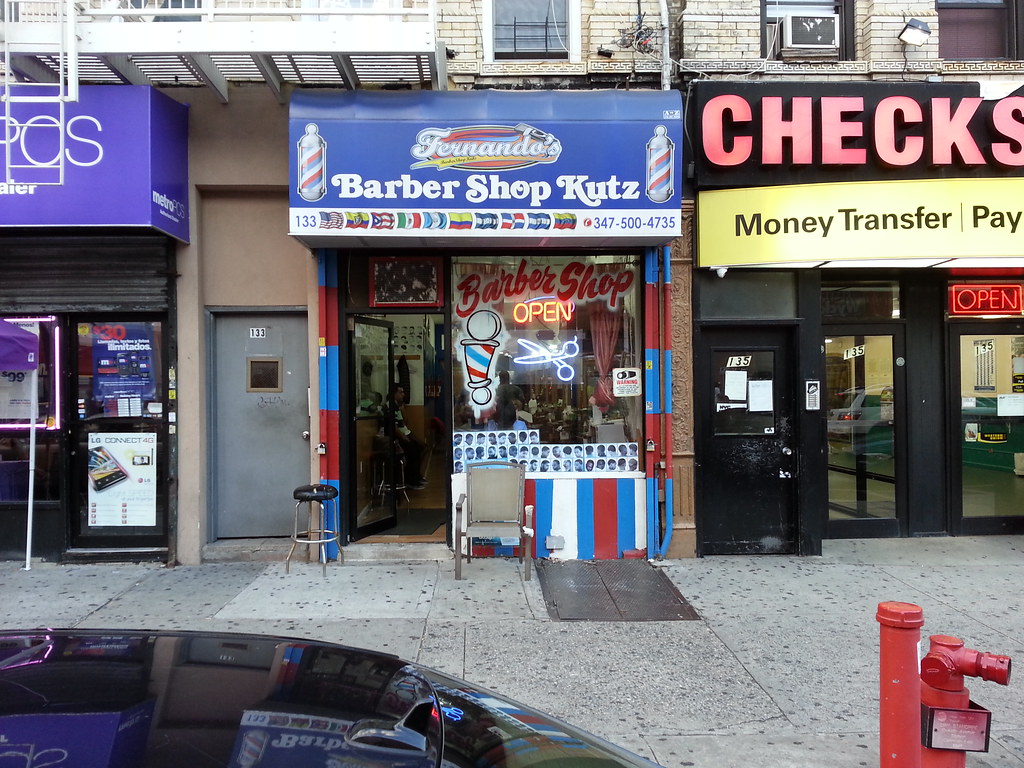 (Note the connection to a Canarsie Line subway standpipe in the foreground.) 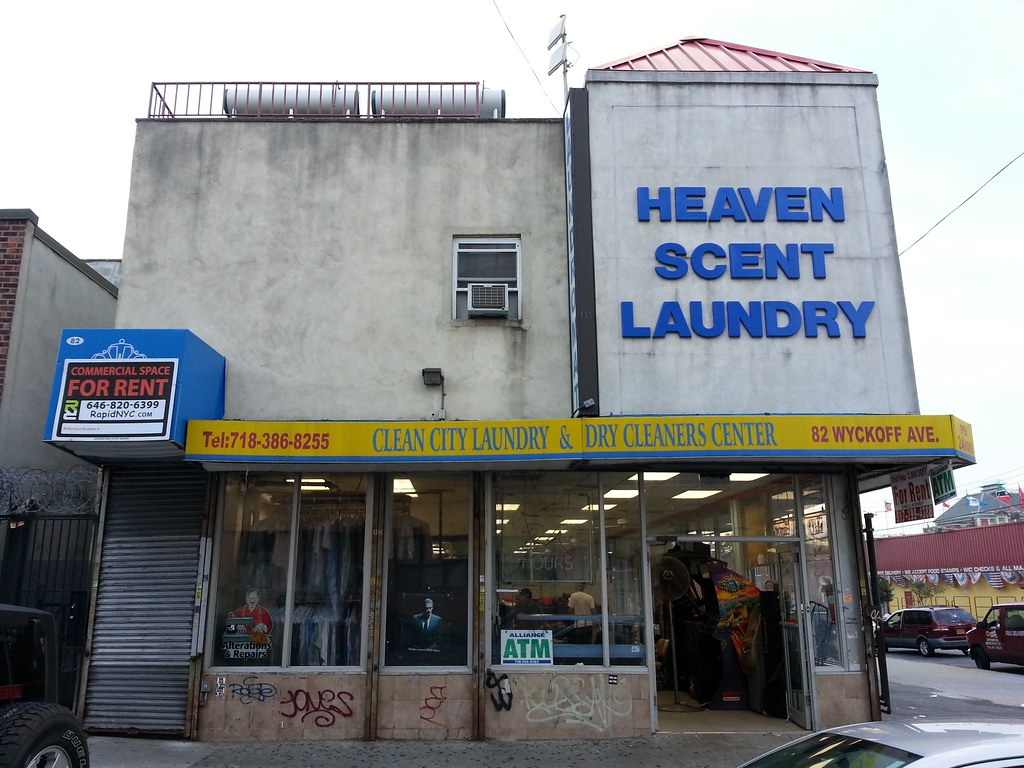 Guerrero does it all