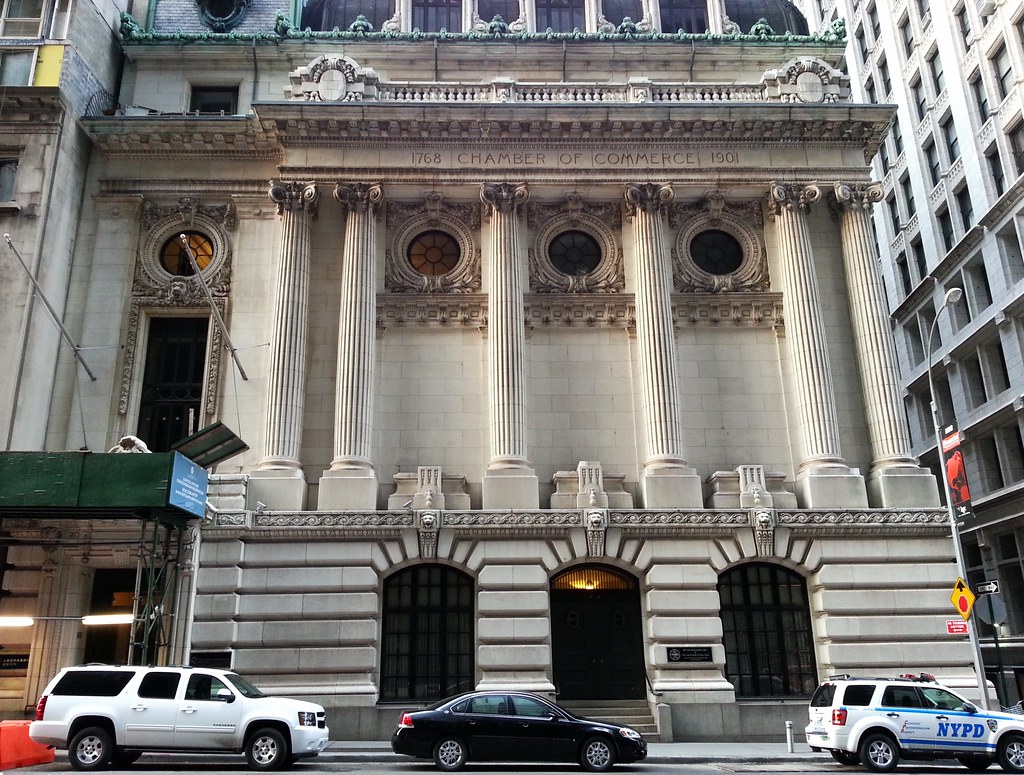 The New York Chamber of Commerce became the first such institution in the US upon its establishment in 1768. Perhaps the city's most influential business organization by the turn of the 20th century, it finally acquired a permanent home in 1902 when it built this "little Beaux-Arts treasure".

You can see a terrific collection of historical photos of the building here, including an image of the grand assembly hall with its stained-glass ceiling and walls lined with the Chamber's extensive collection of portraits of powerful New York business leaders and politicians. Four large marble statues (of Mercury, Alexander Hamilton, DeWitt Clinton, and John Jay) once adorned the facade (Mercury was above the door; the other three fellas stood atop the now-vacant pedestals located in the gaps between columns), but had to be removed after sustaining serious damage from years of acid rain.

The Chamber's prominence subsided as the 20th century wore on, and it moved to more modest quarters in 1980. The building sat vacant for a decade until it was purchased by the Taiwanese International Commercial Bank of China; it currently houses a representative office of Taiwan's central bank.