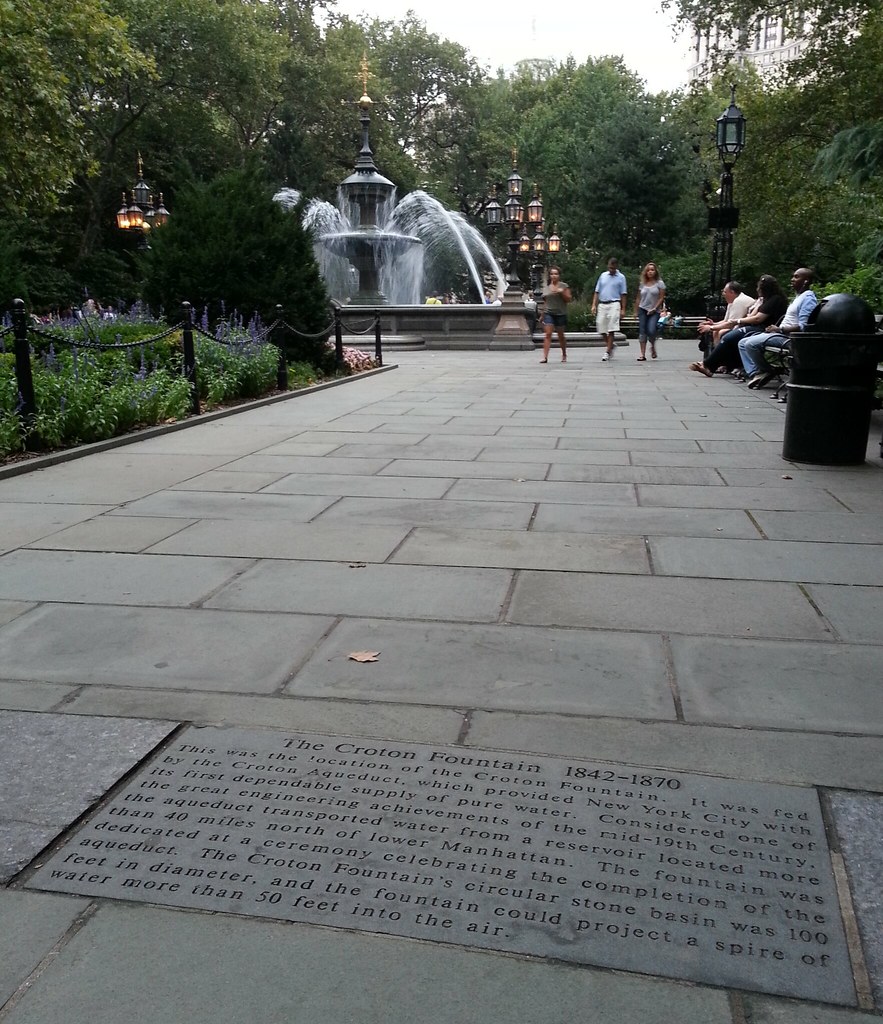 This plaque lies on a 100-foot-diameter stone ring marking the former location of the spectacular Croton Fountain, built in 1842 and fed by water from the monumental Croton Aqueduct. The aqueduct, as we learned back in July, was an extraordinary feat of engineering and a tremendous boon to the water-deprived city; it opened to great fanfare here at City Hall Park, and even had an official ode written for it ("Croton’s waves in all their glory / Troop in melody along"). In 1871, the fountain was replaced by the smaller (though quite ornate) one you see in the background (which itself was removed from the park in 1920 before making a return, complete with gas-burning lamps, after renovations in 1999).