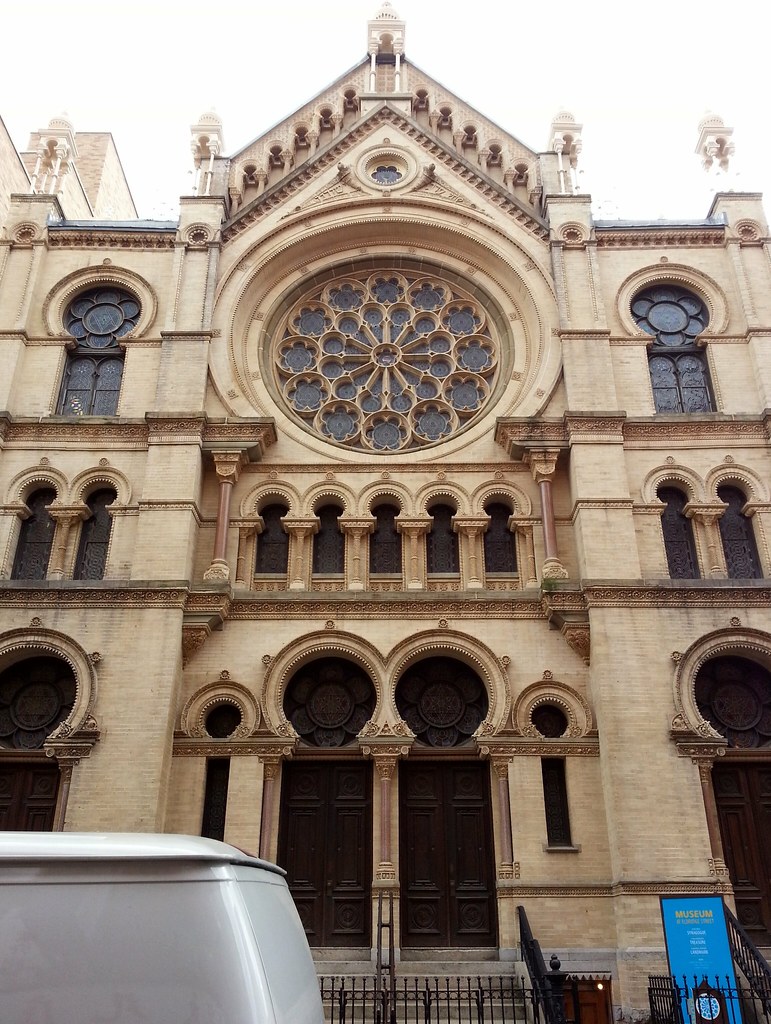 Completed in 1887, this was the first grand synagogue built by European Jews in the US, its spectacular sanctuary (a "majestic collage of psychedelic polychromy") a world away from the dingy tenements many of its impoverished worshipers inhabited in those days. By the middle of the 20th century, however, the congregation had dwindled and was unable to maintain such a magnificent space; the remaining congregants decided to seal off the sanctuary and meet in the basement instead. Now, after years of restoration and renovation (including the installation of a gorgeous new stained-glass window on the back side of the building), this "ethereal vault" has been returned to its former glory, and is open to the public as a museum.

Day 320: Somebody was hungry