The first cemetery of Shearith Israel 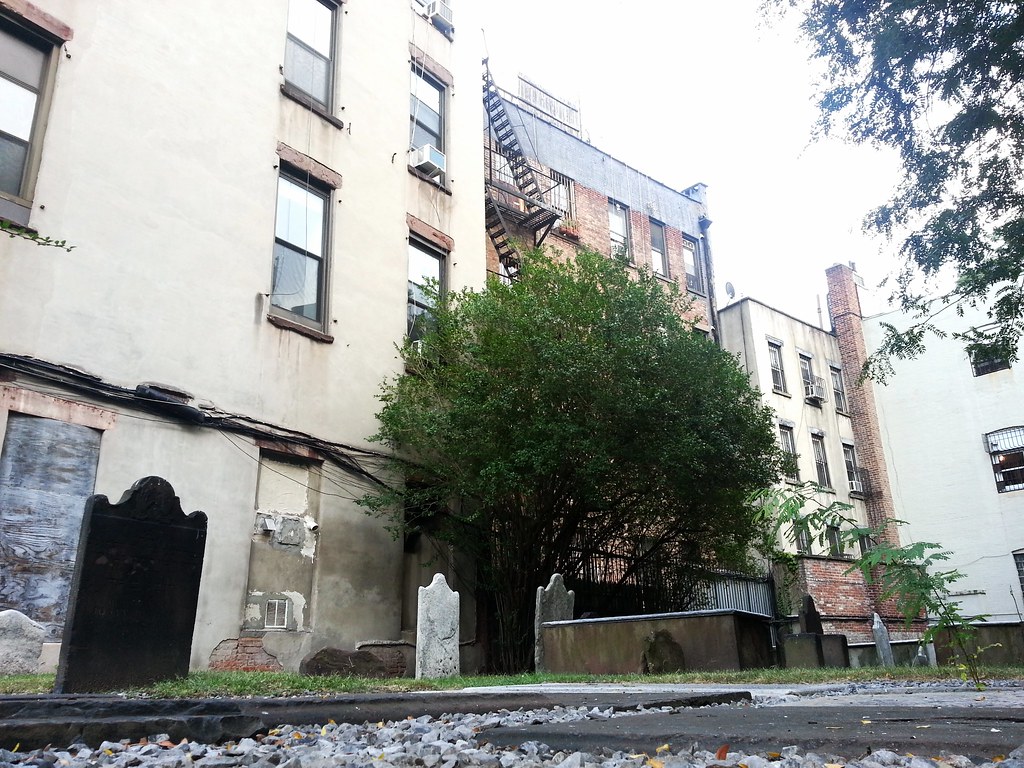 As we learned when we passed by this cemetery's successor: Shearith Israel, founded in 1654, was the first Jewish congregation in North America and the only one in New York City until 1825. The little graveyard above, which has been whittled down in size over the years, was established in 1682 and received its first interment in 1683, making it "the second oldest extant burial ground in Manhattan". It is known as Shearith Israel's "first cemetery", although there may have been an even older one: in 1656, the city's Jewish community was granted permission to use "a little hook of land situate outside of this city for a burial place", but there is no definite record of this burial ground's establishment or location. Still an active congregation today, Shearith Israel honors its Revolutionary War veterans with a ceremony here at the cemetery every year around Memorial Day.