Truth, Justice and the Comics 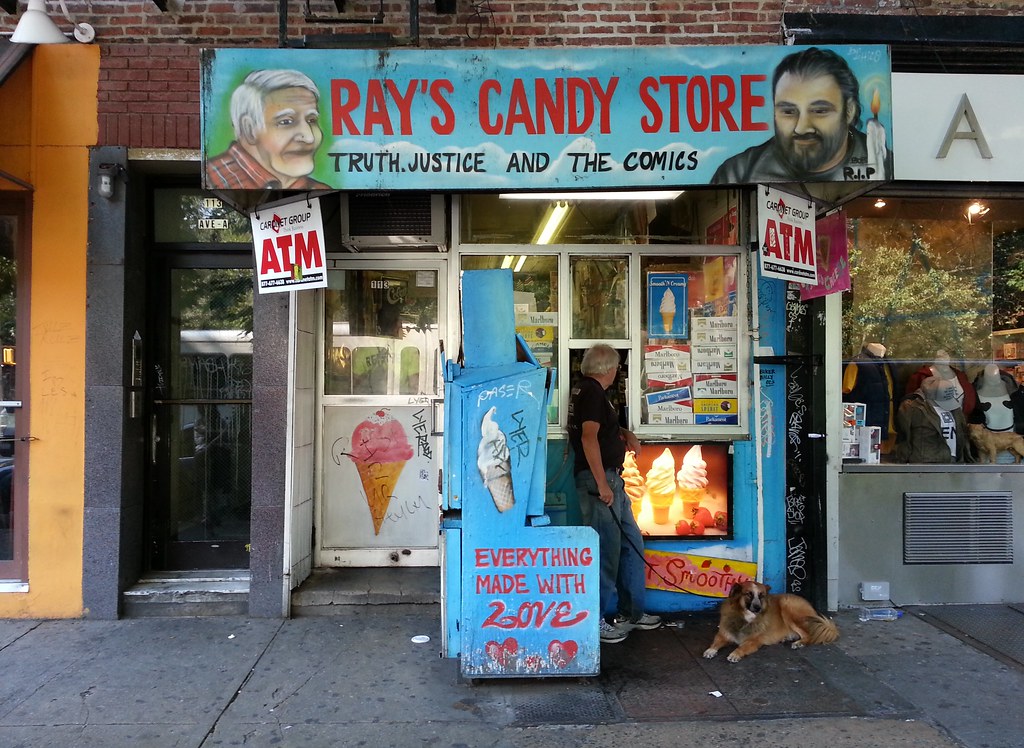 That was the motto of the short-lived New York edition of Newsday, and it was the phrase that once adorned the Newsday-sponsored awning of Ray's Candy Store in the East Village. It was recently reinstated on Ray's awning by the local artist Chico alongside his tribute to the deceased Bob Arihood, a beloved neighborhood blogger.