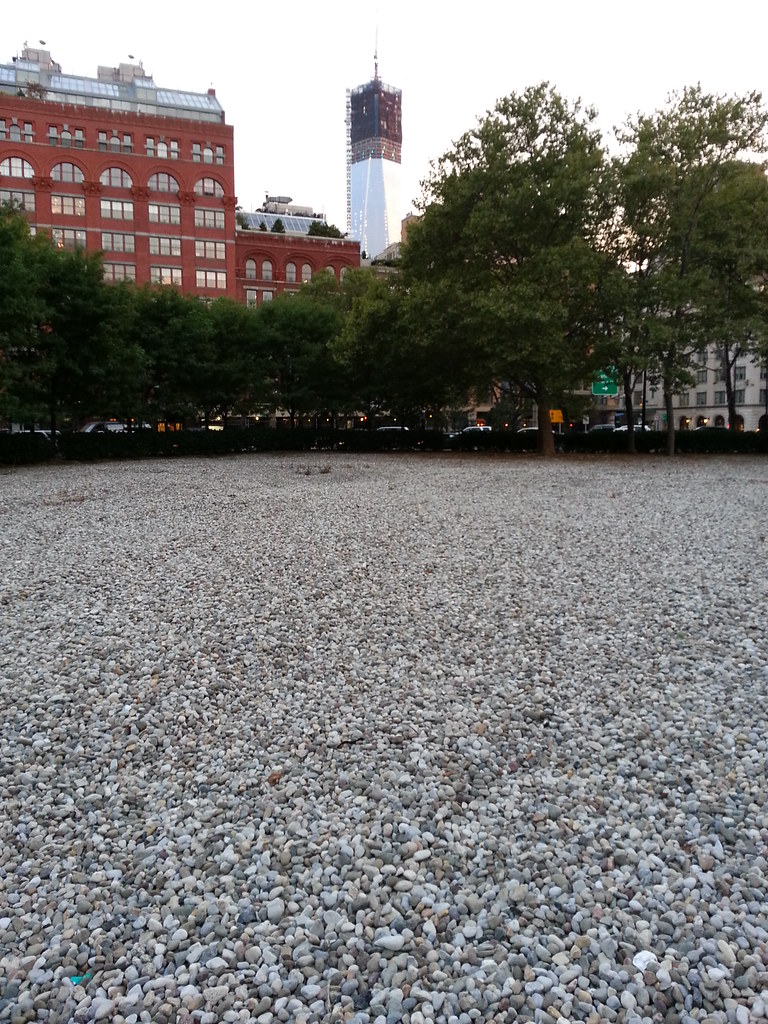 For much of the 19th century, this was an exclusive, gated private park (like Gramercy Park today), accessible only to the affluent families who lived around its perimeter. It was built by Trinity Church, who hoped to lure wealthy residents to the area (then on the outskirts of the city) to support the new chapel being constructed next to the park. As commercial development spread north in the 1840s, the neighborhood found itself surrounded by the working class, and resentment toward the park's closed-off confines grew:

The journalist and all-round labor agitator Mike Walsh regarded the park as an affront to the citizens of New York. "A more exclusive concern than this park does not exist on earth. Its gates are all locked, and keys for it are sold, by the church which claims it, for ten dollars a year, to none however, but the upper ten thousand, who reside in the surrounding palaces. Can anything be more insultingly aristocratic than this?" He made a democrat's protest by climbing over the ornate railing of St. John's Park and strolling on the forbidden gravel paths.

Perhaps this outrage had some effect: during the winters of the 1860s, the park's trustees decided to flood the grounds of St. John's and open it to the public as an ice-skating rink.

The park was sold in 1866 and a railroad freight depot was subsequently built on the property. The quality of life in the area declined substantially over the next couple of decades, and the neighborhood had become a "slum" by the 1890s:

Thomas A. Janvier noted "the aggressive presence of several distinctively Neapolitan smells. The stately houses, swarming with this unwashed humanity, are sunk in such squalor that upon them rests ever an air of melancholy devoid of hope. They are tragedies in mellow-toned brick and carved wood-work that once was very beautiful."

Completing its ignoble descent into obscurity, St. John's Park is now the inaccessible gravel-filled lot you see here, sitting in the middle of the Holland Tunnel exit rotary.

(In case you were wondering, that's One World Trade Center looming in the background, under construction.)