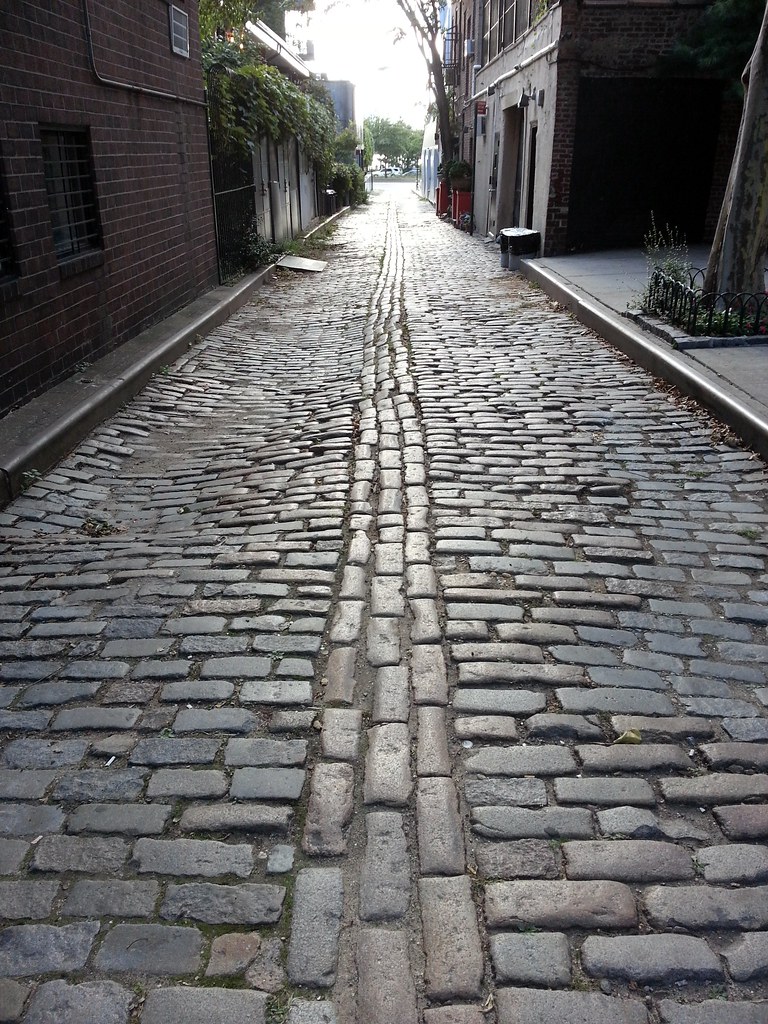 is what Charles Lane was known as in the mid-19th century, when it supposedly served as a staging area for hogs and other animals awaiting their demise at the nearby slaughterhouses on West Street. This narrow, block-long passage originally came into being with the construction of Newgate Prison; it ran outside the northern wall of that institution, which opened in 1797 as New York State's first penitentiary.