Entrance to the cave 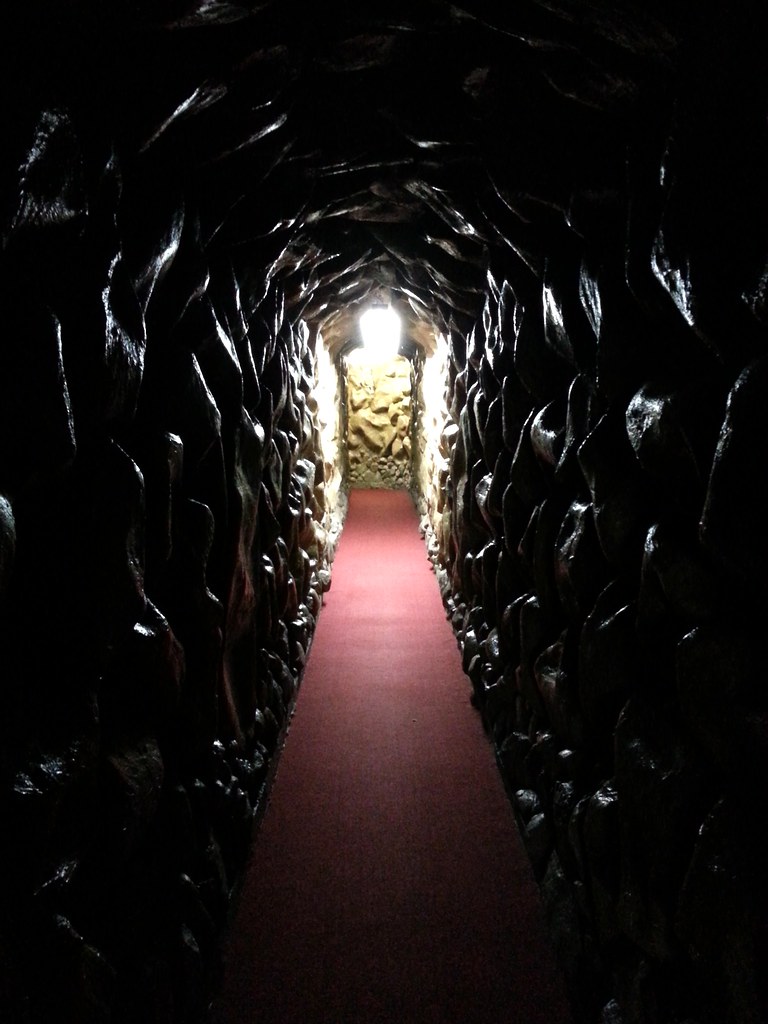 Contained within is a shrine to Vaishno Devi, where an eternal flame burns. From Swami Jagdishwaranand's obituary in the NY Times:

In 1996, the swami traveled to India to bring back an eternal flame, known as the Divya Jyoti, for the altar of Divya Dham. Visiting 52 sacred sites around the country, he gathered a holy flame from each one into a single light. As no airline would transport the flame, it was carried overland through Central Asia into Western Europe and across the channel to England, where it departed by ship for California.

From there, the Divya Jyoti made its way by car across the United States to Queens, where it was installed at Divya Dham amid great ceremony. Before his trip, the swami had consulted members of the International Olympic Committee on how to keep the flame safe during its arduous journey.