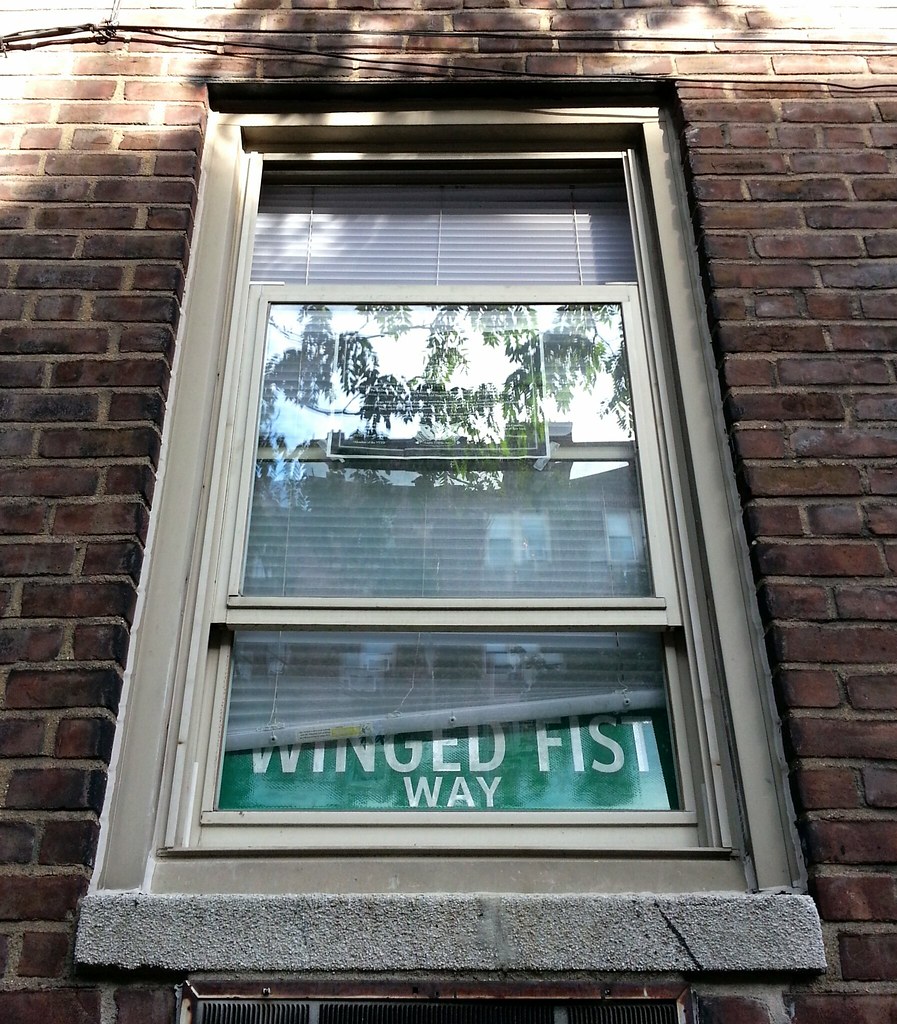 This street renaming honors the Irish American Athletic Club (a.k.a. the Winged Fists), whose members (and former members) brought home more than 50 Olympic medals for the US between 1900 and 1924. The IAAC's ranks, as you might suspect, largely comprised Irish-American athletes (including many of the voracious Irish Whales), but the club was open to men of all ethnicities; John Taylor, the first black Olympic gold medalist, was a member, as were a few Jewish track and field champions.

The IAAC disbanded when the US entered World War I, but their stadium, Celtic Park, stood here in Sunnyside until 1930, when it was demolished to make way for the apartment complex where this sign is now displayed. (This isn't the actual street sign; it's a ceremonial version that was presented to the local historian whose efforts led to the renaming.)