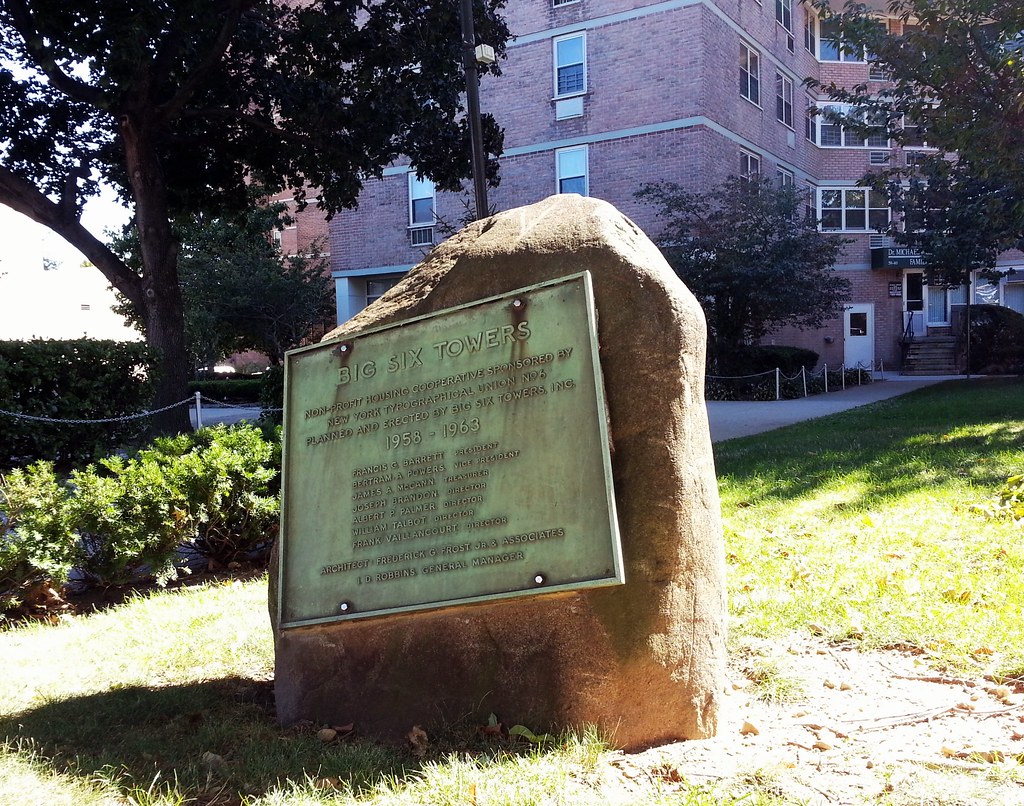 "Its seven high-rise towers were built in 1961 as a city-subsidized cooperative sponsored by New York Typographical Union Local 6. The union, which is known as Big Six, no longer has any connection to the complex, but about a third of its residents are retired printers [as of 1995]."