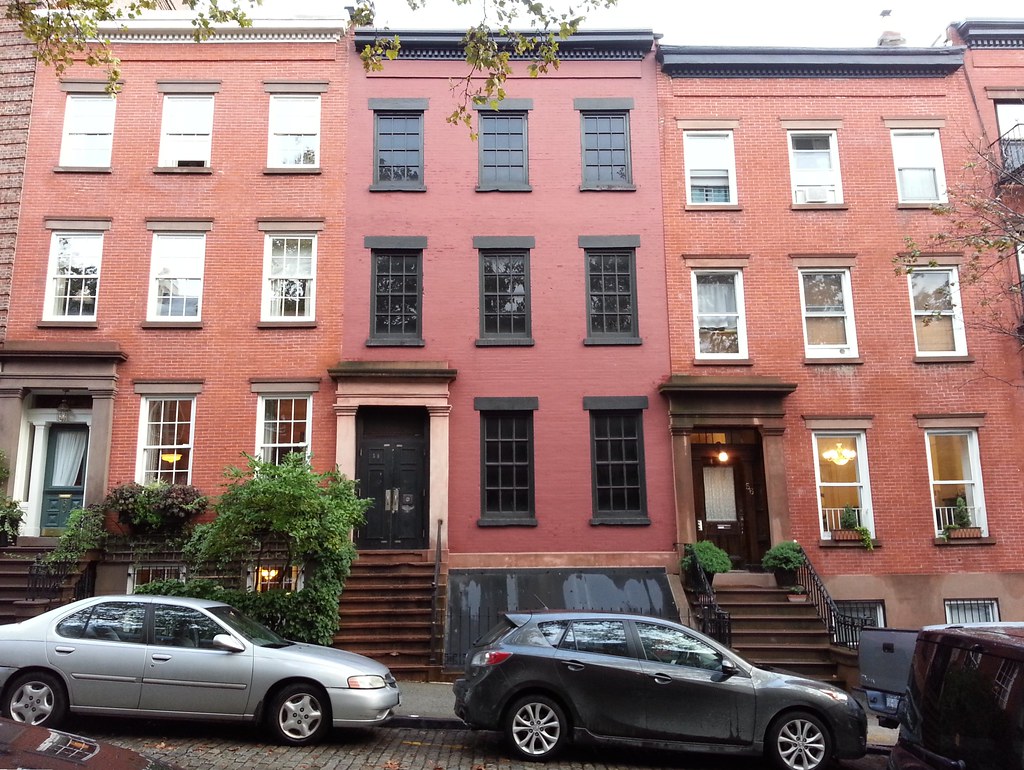 It's a fairly nondescript row house at first glance, but as the glances add up you start to wonder about the blacked-out windows, unusual front doors, and bright red subway standpipe connection (which is blocked from view by that little black hatchback).

As it turns out, this building is actually an incognito fan plant and emergency exit for the subway system. It stands above the Brooklyn end of the Joralemon Street Tunnel, which carries the 4 and 5 trains between Brooklyn and Manhattan, and it was converted from a residential building into a ventilation station around 1908 when the tunnel opened. (Pay no mind to the post-9/11 paranoiac security concerns voiced in the NY Times article linked above. This structure's location is hardly a secret; in fact, the Times itself had printed its address previously.)