Fishin’ shack by the Whitestone Bridge 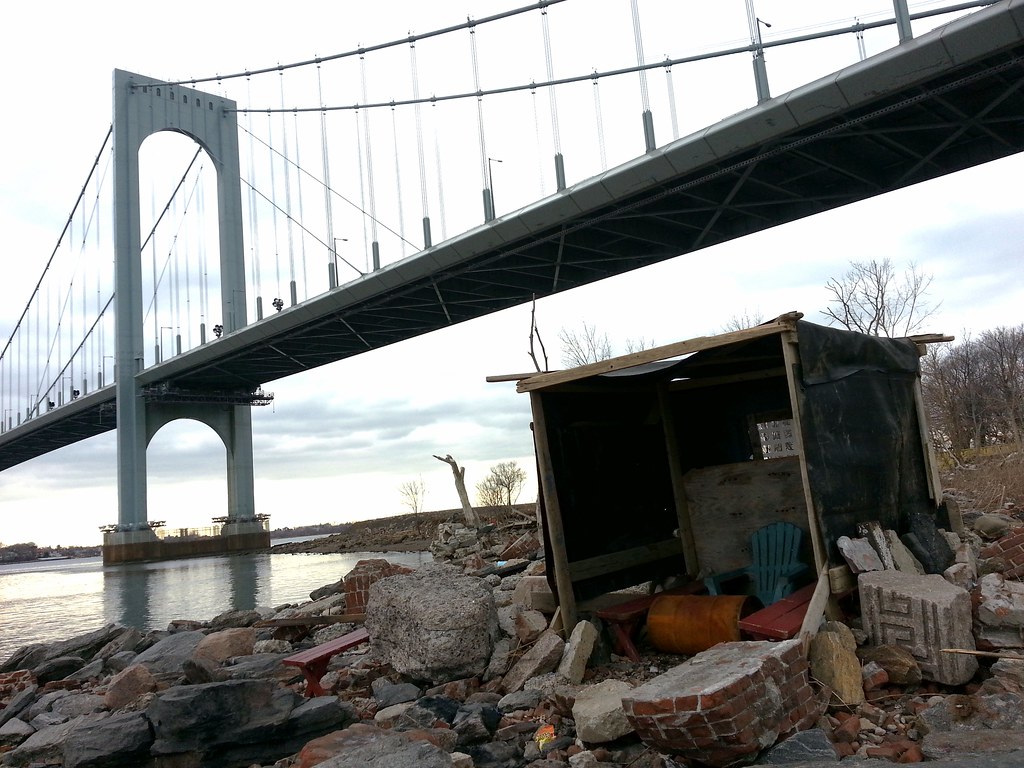 (Here's a better look at the shack.)

In this shot, you can easily see the stay cables that were added, along with some stiffening trusses, to the bridge after the similarly designed Tacoma Narrows Bridge did this in 1940. Even with these modifications, however, the Whitestone still swayed more than most suspension bridges in high winds. During a 1968 nor'easter, the vertical oscillation of the roadway reached 10 inches, enough to make panicked drivers stuck in traffic abandon their vehicles and flee the bridge on foot.

(The Triborough Bridge and Tunnel Authority assured the public that the bridge was safe, despite the swaying. The deputy chief engineer at the time explained: "All suspension bridges sway in the wind. If they didn't have give, they would snap. The reason that motorists noticed the sway today is because they were sitting in stalled cars. They felt it move. They don't notice it much when driving.")

The aforementioned trusses were extremely heavy, putting a lot of stress on the rest of the bridge, and their effectiveness in stabilizing the structure was questionable. After six decades of service, they were replaced in 2003-04 by much lighter fiberglass fairings (the triangular pieces you can see mounted on the sides of the deck, running the length of the roadway) that deflect wind around the deck. Based on the Whitestone's performance during Hurricane Sandy, the fairings seem to be just what the doctor ordered.

Day 824: There's no stopping the King