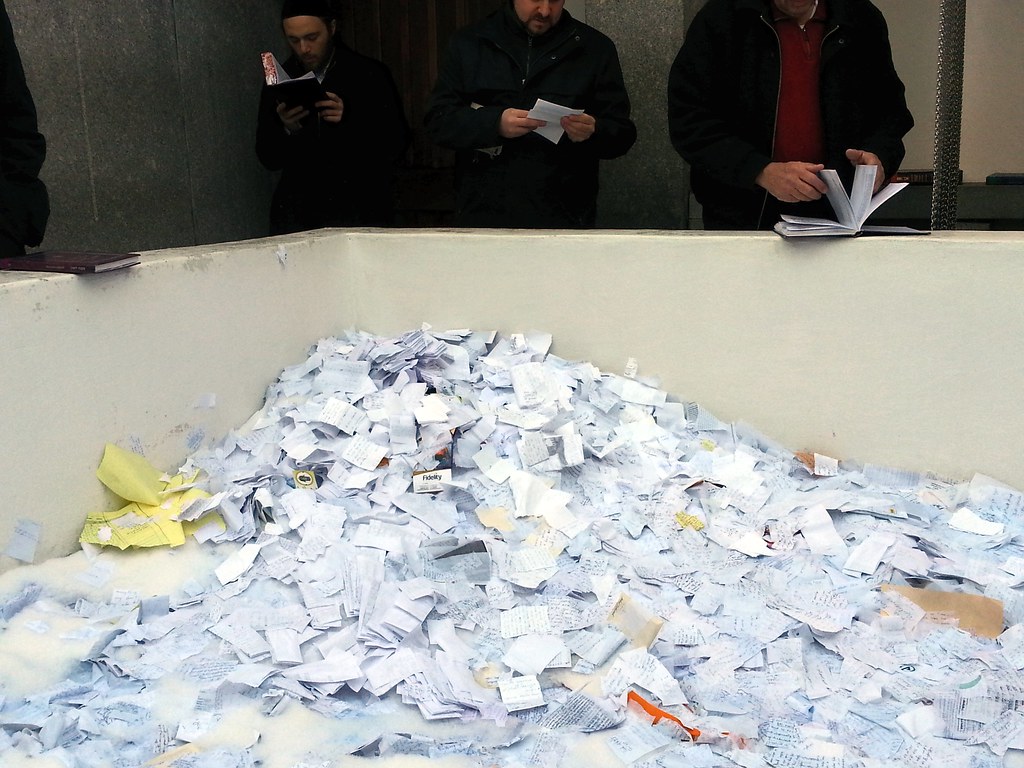 When I stopped by today, there were several people praying in the Ohel, part of a steady stream of visitors throughout the year. On the anniversary of the Rebbe's death, however, thousands of people make a pilgrimage to his grave, and not always to the delight of the neighbors. Cambria Heights, which borders the cemetery, once had a sizable Jewish population, but it's now mostly populated by middle-class black residents, who were quite surprised to find throngs of Hasidic Jews suddenly pouring into their neighborhood to visit the Ohel after the Rebbe was buried in 1994.