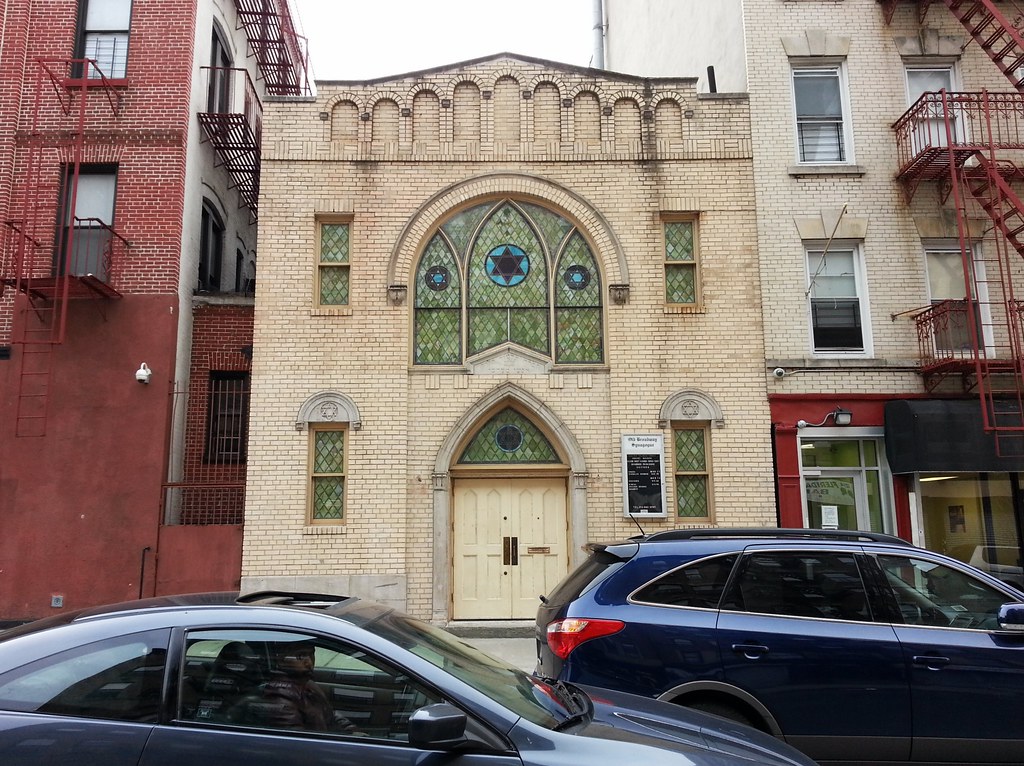 Around a century ago, about 178,000 Jews lived in Harlem, making it the world's third-largest Jewish community after the Lower East Side and Warsaw. These days, however, there is only one "mainstream" synagogue left in the neighborhood. Fittingly, the street on which it stands, Old Broadway, is itself a remnant, a curvy piece of the colonial-era Bloomingdale Road that was left over when the road was straightened out to become today's Broadway.

The synagogue is still chugging along, but it's not exactly flourishing: "Rats are not the only thing that the unassuming Old Broadway Synagogue does not have. It has no paid permanent staff. It has no rabbi. And it has no summer services, not altogether bad, since it has no air-conditioning."

Day 1: Rocks on the headstone