Lincoln and Boy (with Marlboros) 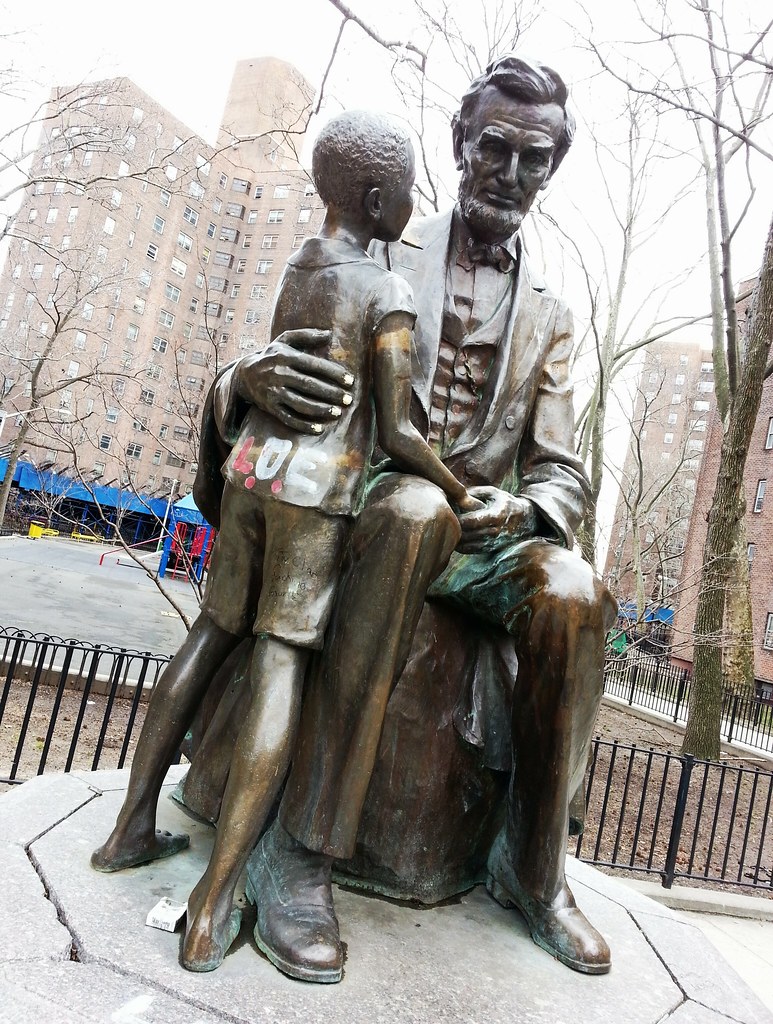 Also known as Lincoln and Child, this sculpture sits in the middle of Harlem's Lincoln Houses. It was dedicated in 1949, and a newspaper account of its unveiling reflects the optimism that once surrounded the creation of large public housing projects:

Tribute was paid to the clearing of slums in Harlem and to the freeing of slaves as the statue, "Lincoln and Boy," was unveiled and dedicated in the center of the Abraham Lincoln Housing project here.

"Lincoln would have been proud to have his statue placed in the middle of a recreation area which embodies so many of his principles rather than in marble halls among the great," Thomas Farrell, chairman of the authority, declared.