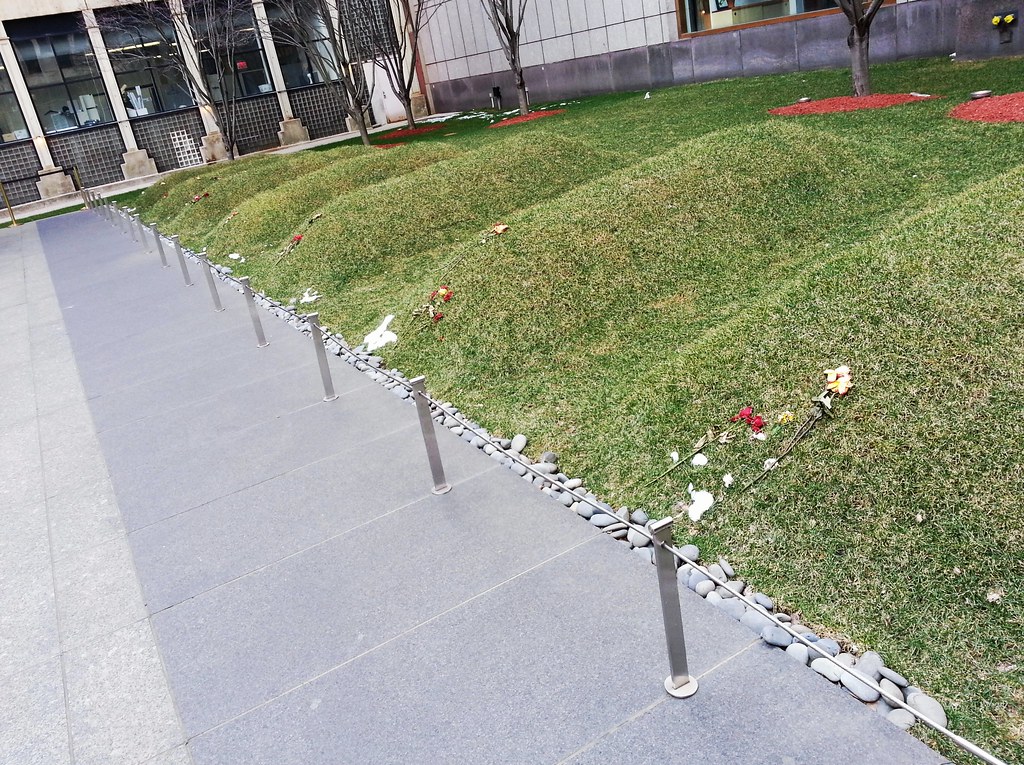 While it's estimated that slaves may have constituted as much as a quarter of New York City's work force during the 18th century, there are very few traces of their existence to be found in the city these days, which makes this shrine all the more significant.

Edward Rothstein of the NY Times said it well in his review of the visitor center that opened here three years ago:

In 1991, when during construction of a General Services Administration office building in Lower Manhattan, graves were discovered 24 feet below ground, and when those remains led to the discovery of hundreds of other bodies in the same area, and when it was determined that these were black New Yorkers interred in what a 1755 map calls the "Negros Burial Ground," the earth seemed to shake from more than just machinery. The evidence created a conceptual quake, transforming how New York history is understood and how black New Yorkers connect to their past.

That is a reason why Saturday's opening of the African Burial Ground Visitor Center, near where these remains were reinterred, is so important. Among the scars left by the heritage of slavery, one of the greatest is an absence: where are the memorials, cemeteries, architectural structures or sturdy sanctuaries that typically provide the ground for a people’s memory?