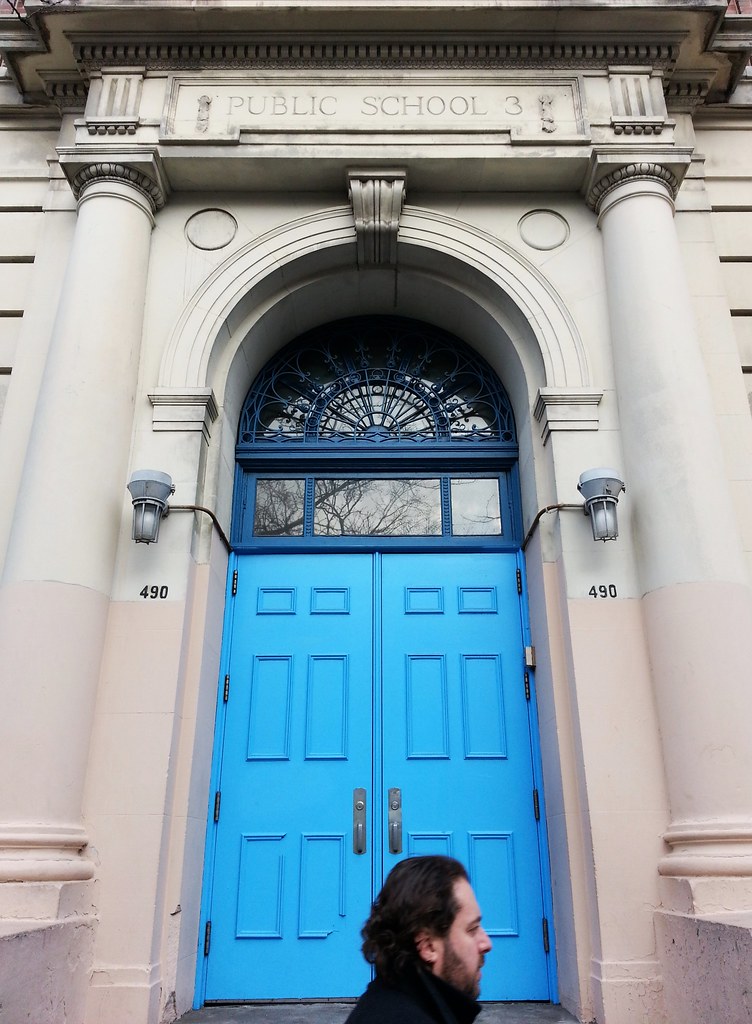 It was almost 190 years ago that this school was "selected as the best example of the public school system" (accordingly to a nearby sign) to be shown to the Marquis de Lafayette on his tour of the US in 1824, more than four decades after he served as a general under George Washington during the Revolutionary War. In 2008, a description of his visit, along with many other things, was found in a time capsule from 1917 hidden behind a bronze plaque in the school's auditorium.