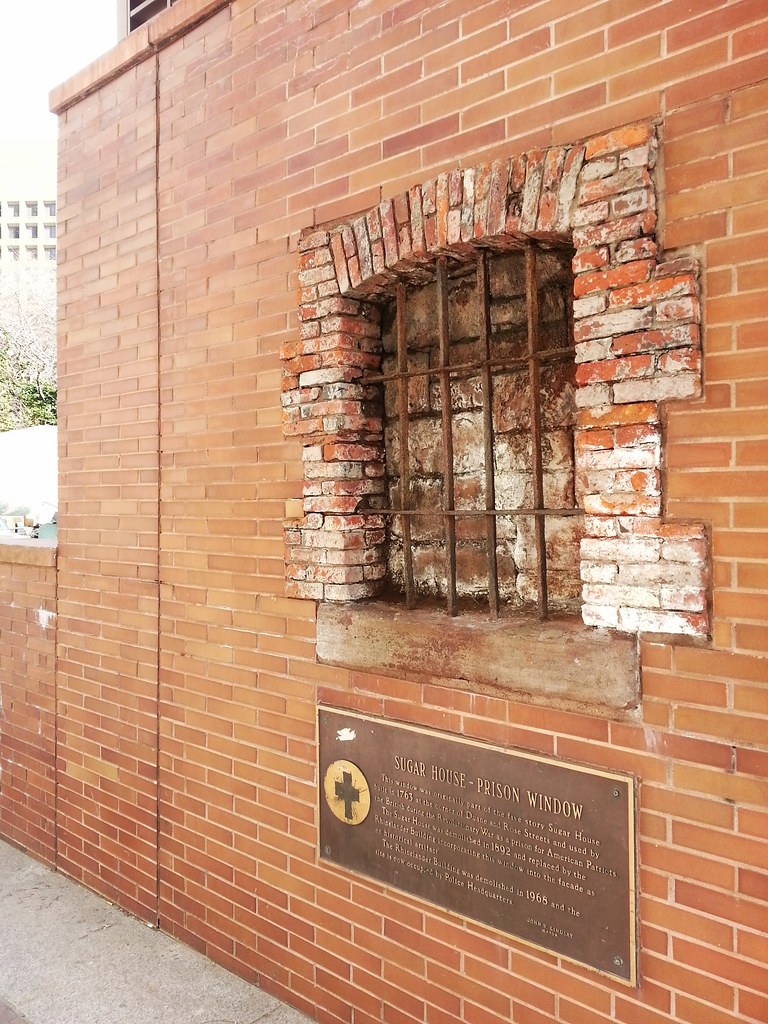 This window was originally part of the five story Sugar House built in 1763 at the corner of Duane and Rose Streets and used by the British during the Revolutionary War as a prison for American Patriots. [Or was it?]

The Sugar House was demolished in 1892 and replaced by the Rhinelander Building incorporating this window in the facade as an historical artifact.

The Rhinelander Building was demolished in 1968 and the site is now occupied by Police Headquarters.