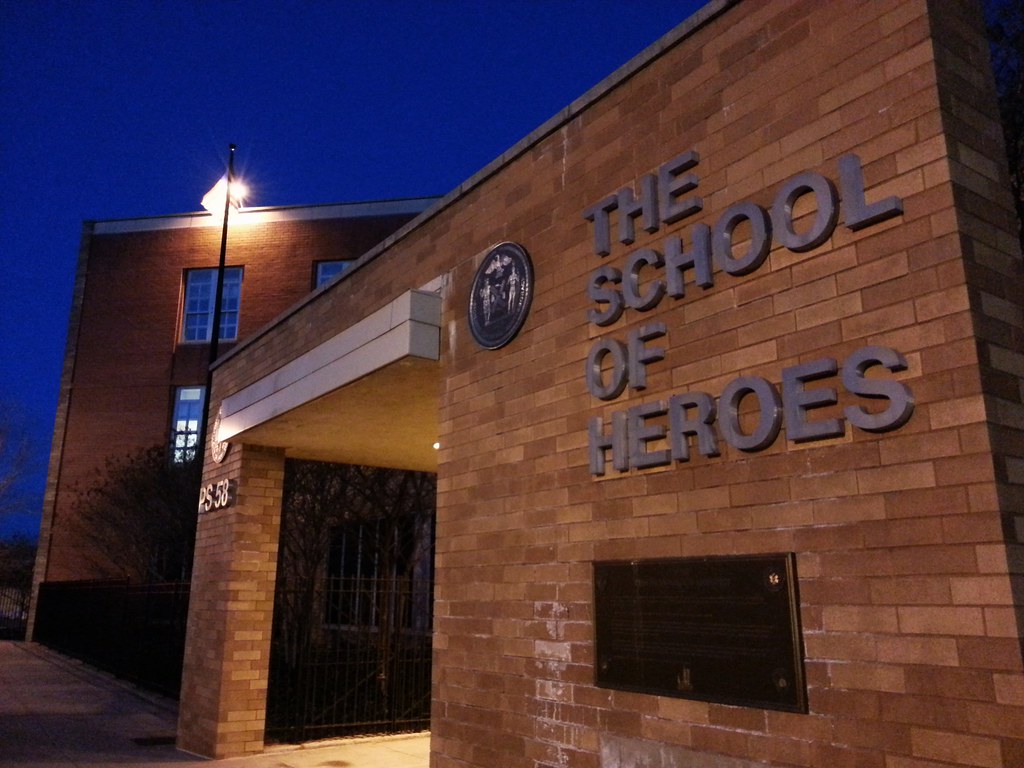 PS 58
THE SCHOOL OF HEROES

On September 11, 2001 the United States was attacked by international terrorists who used passenger airlines as their weapons. In New York City, the World Trade Center was destroyed. The Pentagon in Washington D.C. was attacked. A fourth airliner was diverted from the White House by the brave passengers aboard the plane. Many lives were lost that day.

September 11, 2001 will be remembered as a day in which the world's greatest rescue mission was accomplished.

New York City Firefighters, Police Officers, Emergency Medical Technicians and Port Authority Police Officers made a valiant effort saving countless lives at Manhattan's World Trade Center. Over 25,000 people from the Twin Towers and the surrounding buildings were evacuated before the buildings collapsed. Survivors tell of rescue workers climbing upward, directing people through smoke filled stairs and corridors down to the street and to safety. Without the sacrifices that these brave men and woman [sic] made, many more people would have perished.

This school honors the memory of those uniformed heroes from our school community who unselfishly dedicated their lives to the welfare, health, and safety of the people of New York City. Their courage and heroism inspired the naming of P.S. 58 "The School of Heroes". The events of September 11, 2001 have unified the American people and reaffirmed our commitment to freedom. This school stands as a symbol of that unification and commitment.

The students of P.S. 58 will forever remember that freedom is not free, it must be earned.